2019 is so last year. Stylishly late as ever, I actually wrote this article before Christmas but was struck down with a chest infection before I could get it finished. But we aren’t bound by a deadline here – there is plenty of time to look back on the highlights of the before 2019 fully fades from memory. Indeed it was an interesting year for our beloved Robots in Disguise. Siege dominated everything, G1 reissues dropped ultra obscure Japanese tapes into Walmart, Studio Series released another 5000 versions of that same Bayverse Optimus Prime we get every year, Masterpiece holidayed in Costa Del Beast Wars, Bot Bots devoured Twitter, third-party fought the law and the law won, before Cyberverse rounded out the year by vomiting up a Quintesson in its boxing day hangover. A lot has happened then, and it’s now time to relive the best parts in handy list form.

With that, let’s start our journey through my personal 10 favourite toys of the year with the traditional Bullseye…”Innnnn one!” 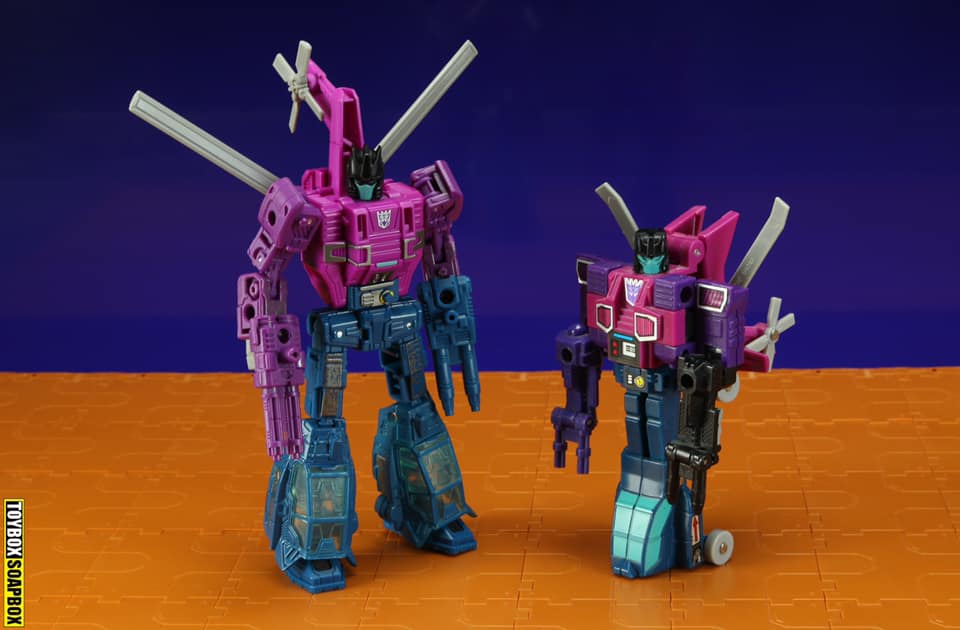 The last new mould to tumble from Siege Santa’s magic bag turns out to be arguably it’s finest deluxe class figure. One of those rare deluxe’s that is fully realised, not hollow or gappy and without compromise, it’s one last burning T-800 thumbs up as Siege sinks into the molten metal and John Warden cries before going off to battle TORQ III and save the future. 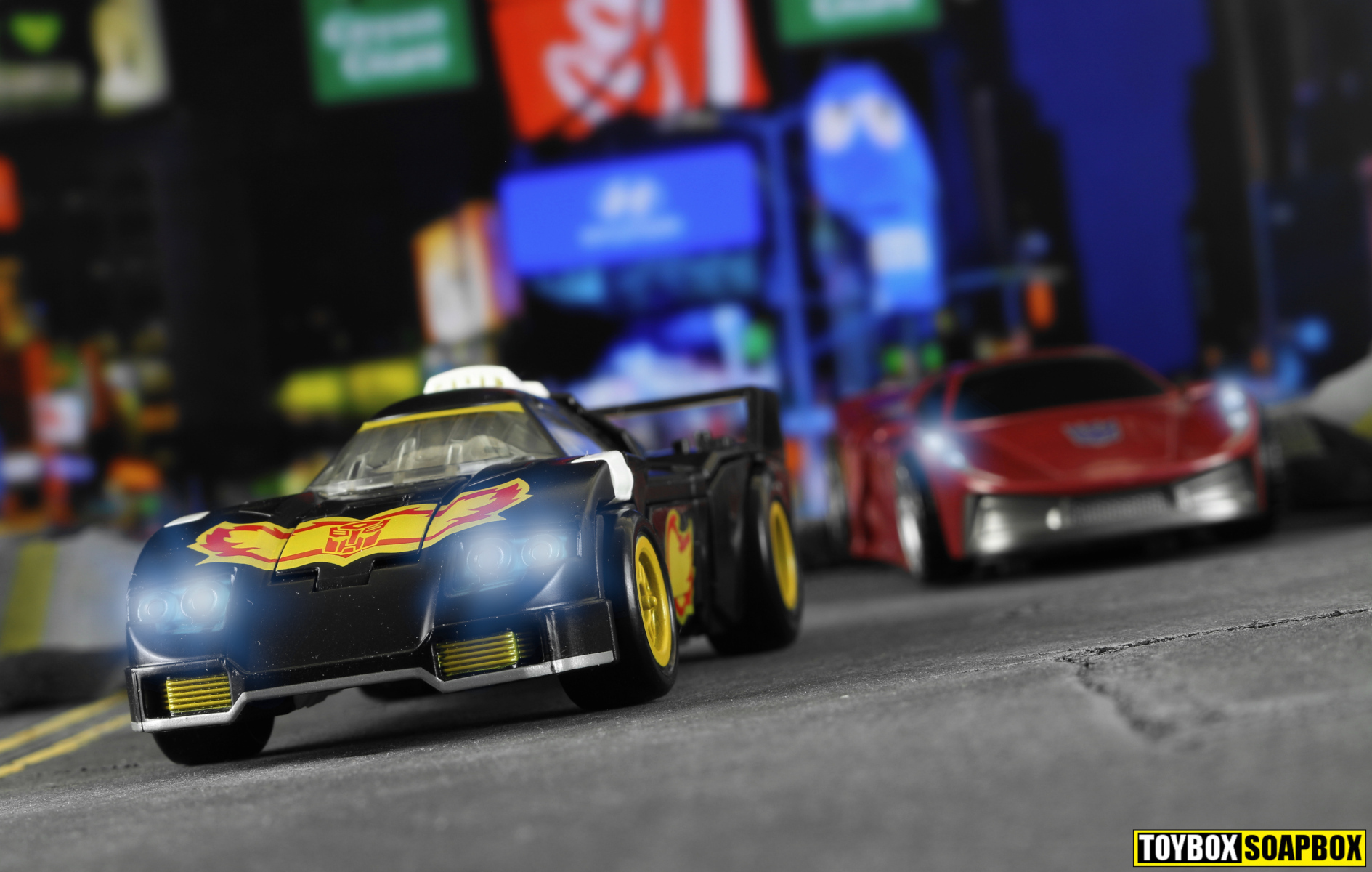 Being given a “Selects” release was the best thing that could have happened to Ricochet. That extra wiggle room in the budget allowed for the more generous helping of paint that this mould badly needed to turn it from a very plain looking Jazz – into Japan’s favourite hot Stepper. Initially having zero interest in this toy, it ended up being one that has stayed on my desk longer than most this year and almost caused me to hurl money at a new Scalextric. 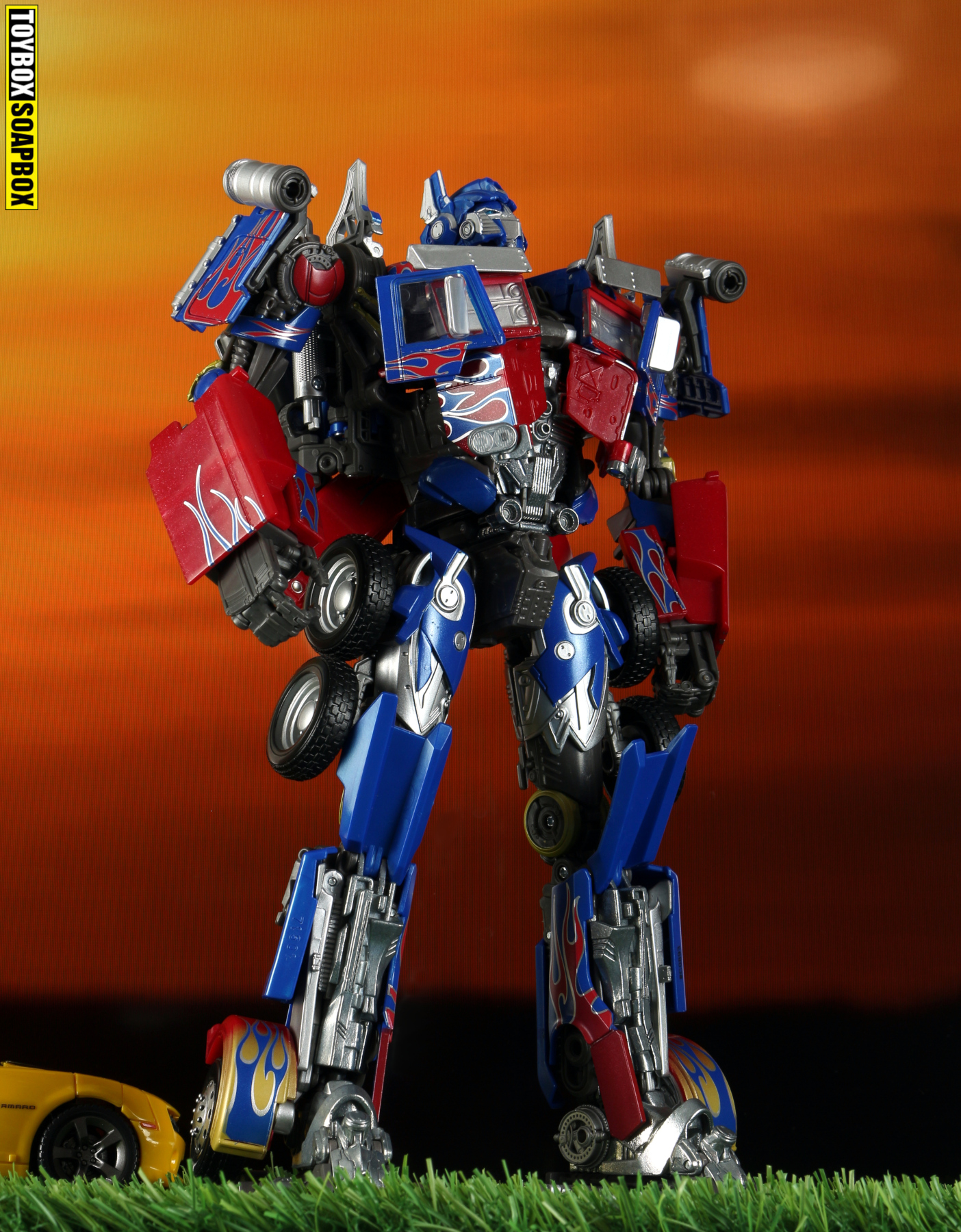 Okay, you’ve got me –  this isn’t a toy from 2019 so technically it shouldn’t be on the list. And I don’t even like the Bay movies so why is this even here? Please indulge me just this once, whilst I throw in my one wildcard entry. The truth is that he was available at a price that was too tempting to resist, and despite looking like an exploding washing machine wearing one of Guy Fieri’s flame shirts – it has a spectacular presence to it. Hopefully this toys inclusion isn’t too transparent an attempt to ward off those angry internet spirits who pester me with hate mail for being a G1 guy. 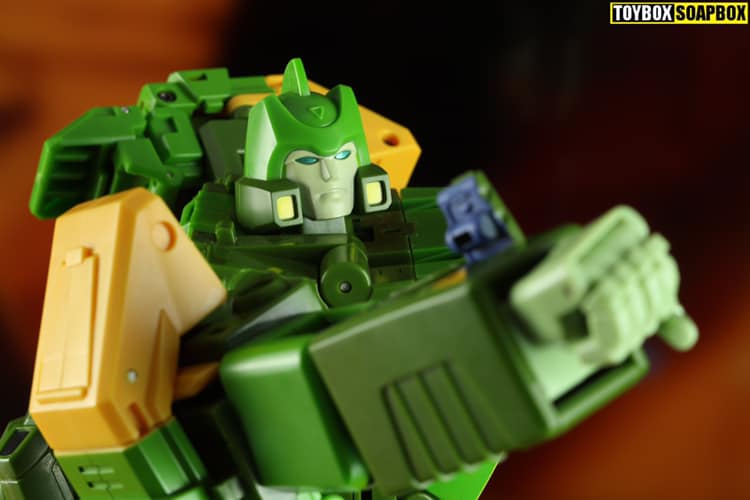 This is a toy I barely mentioned or took pictures of – yet here it is taking the Everton Cup. My appetite for a Masterpiece scale Springer had been satisfied by Open and Play’s budget friendly Big Spring. I was more than happy with my choice. Saltus might be a good toy, look the part, come with a pitchfork accessory, and that bomb from the ’86 movie, yadda yadda and all that good stuff – but none of that persuaded me I needed to upgrade to a new MP scale Springer. No, the flip out wrist cannons made me giggle so much that my shopping budget for that week was instantly Paypal’d to China. Sigh. 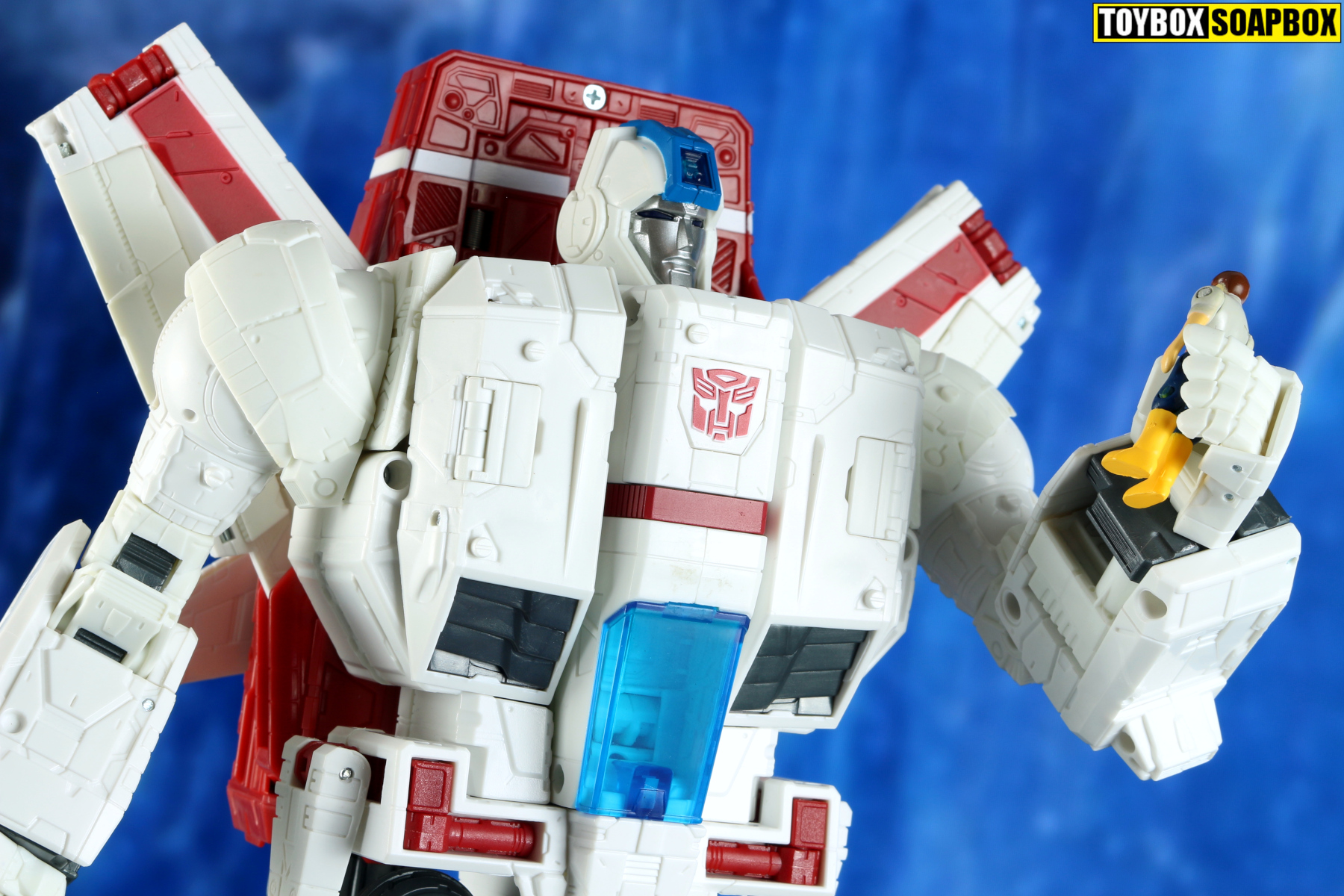 At school there was a sign that hung on the wall in the careers office that read: “You don’t get what you wish for, you get what you work for”. Well 2019 proved my 1997 careers teacher had wasted his money on that sign, because I have long wished for a G1 style Skyfire toy and I did no work to get it. Appearing in a Commander Class all of his own, Siege Jetfire is far more than just a make good for old fans, it’s a brilliant toy packed with tons of features and accessories. Special mention to the rotating faction symbol that allows him to be a goodie or baddie depending on which day of the week someone thaws him out. 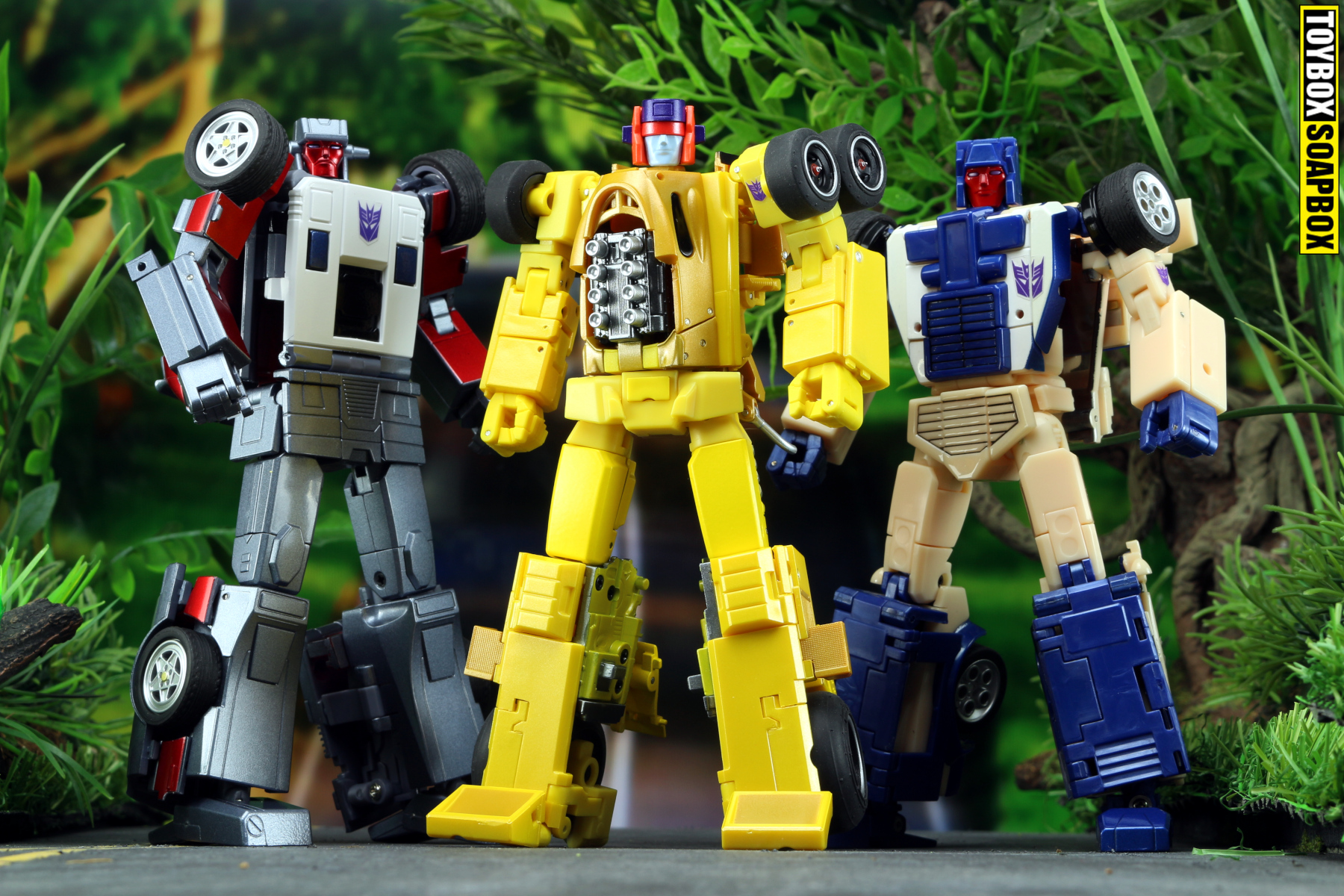 Not only do XTB get credit for keeping their “Berserkers” (See: copyright infringement avoiding term for Stunticons) accessible to budget wary collectors, but they’ve managed to craft a group of figures that are equal in quality to figures two or three times as expensive. At the head of that pack is Overheat whose beautiful, banana coloured form is a wonderful representation of Dragstrip. He also possesses a brilliant feature where you press a button on his waist and he snaps in half, intentionally, unlike some of Takara’s recent Masterpiece efforts. You need no further explanation of why I was drawn to this toy. 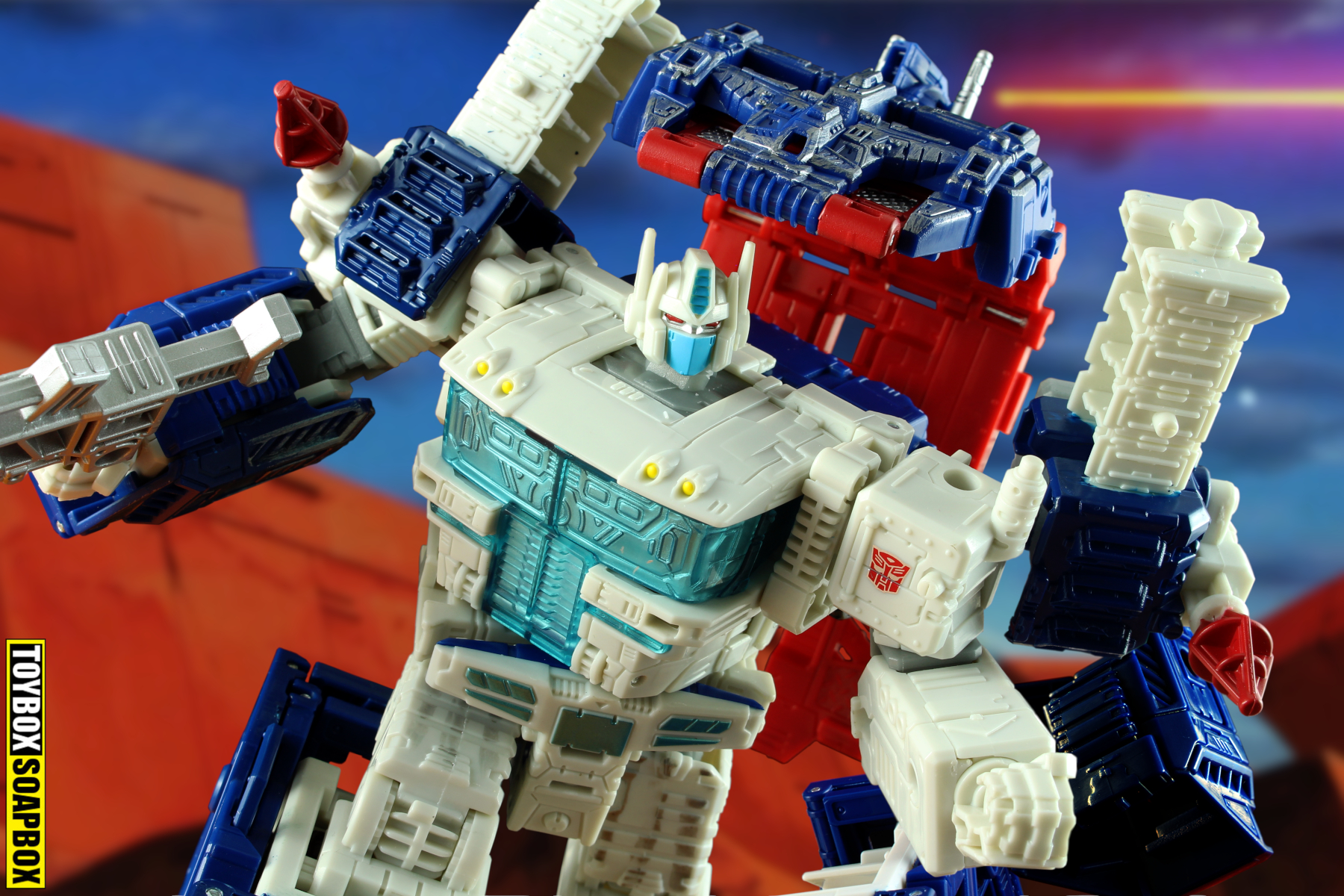 Fourth place for this toy is a demonstration of how fully armed and operational 2019 has been, because in any other year this toy could have taken the number one spot. What this toy does that is particularly special is it returns to the concept of the “white Prime in armour” for the first time (officially) since 1986. Capturing that feeling of magic is a tough trick for any toy, but in revisiting that feature it’s exactly what this toy manages. It’s nostalgic yet modern, and manages to throw in a surprise vehicle mode homage to the greatest Transformers cartoon of all – RID 2001. HOW DID THIS NOT MAKE NUMBER ONE? 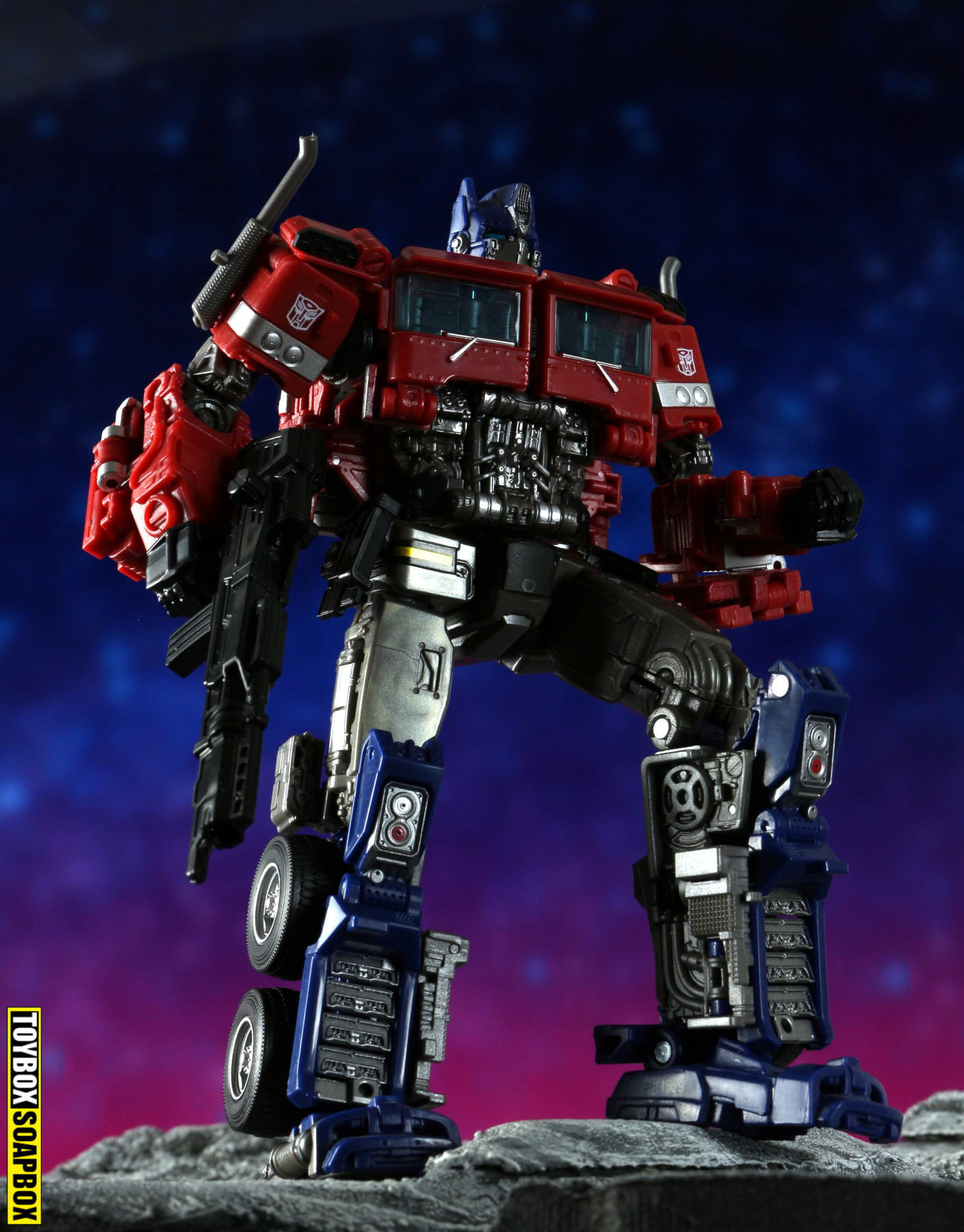 One of the best things about the Bumblebee movie was its decision to redesign all of the bots to look less like the contents of your recycling bin. Leaning heavily onto G1 might not be to everybody’s tastes, but In a franchise dominated by either simple 80’s animation, or hyper detailed, headache inducing, magic eye painting Michael Bay movie nightmare fuel – somehow Bumblebee found that middle ground. Not too busy, easily identifiable but still highly detailed and modern. This toy is a wonderful recreation of that and makes me long a Generations style toy line that has this kind of vibe. 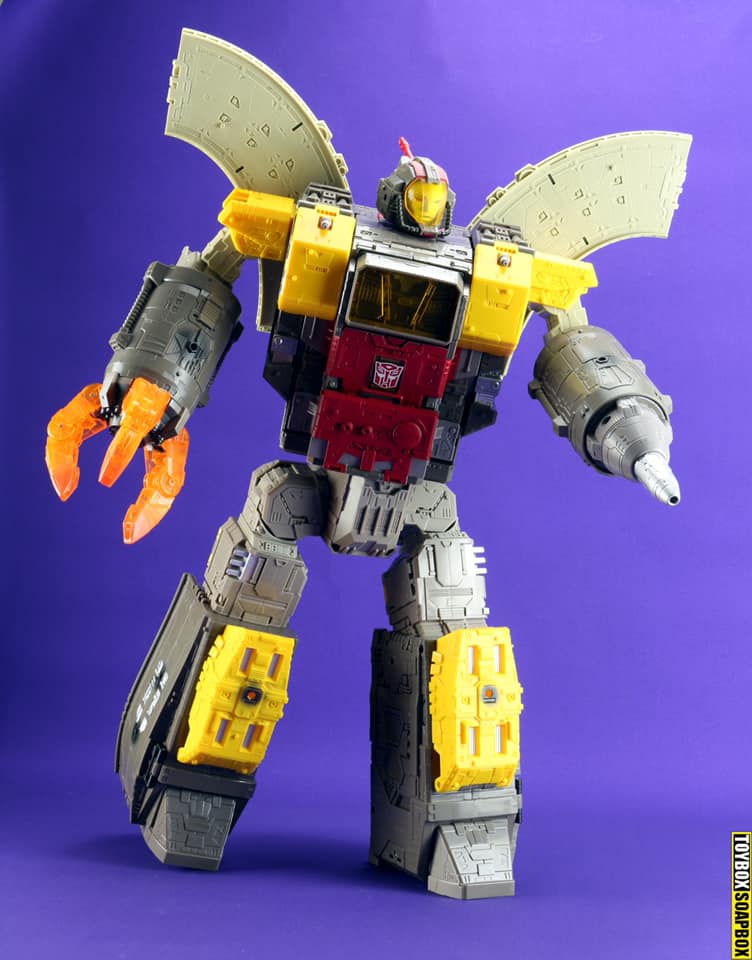 Defeating Trypticon for the crown of best Titan Class Transformer, Omega Supreme was so close to taking the number spot in this list. A near perfect toy that somehow manages to upstage the third-party versions that cost more than a monthly mortgage payment, Omega is what Hasbro can do when they are firing on all cylinders. It’s an homage to the G1 cartoon character, but with a glaze of modern detailing and embellishments that make good on the concept rather than compromising it. Omega is the toy Metroplex and Fortress Maximus wish they were. 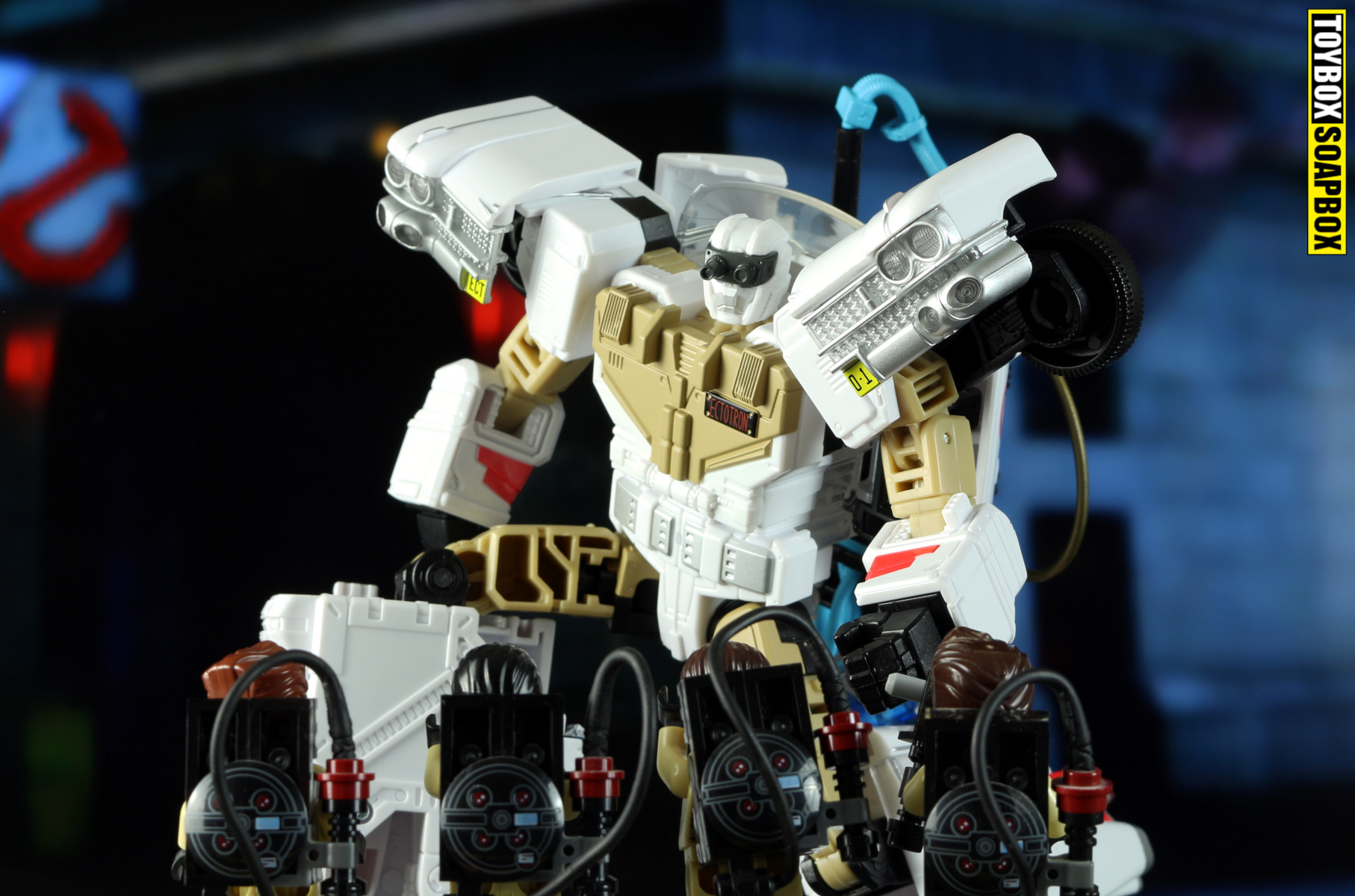 Take a pinch of Egon Spengler’s hair gel, add a dash of Combiner Wars, sprinkle in some G1, invoke a spell from Tobins Spirit Guide, stir, and the resultant dimensional anomaly would probably have Winston wondering what on Earth has happened to his car. A fantastically detailed replica of one of the most iconic cars in movie history, Ecto-1 brings it’s own personality to the Transformers and it’s almost a bonus that it does in fact turn into a robot. Using the Combiner Wars engineering is a masterstroke as it makes converting between modes a doddle and saves the vehicle mode from being broken up by a mass of intricate panels. The way the roof rig turns into a Proton Pack is just sublime fun and even the Generation One packaging is gorgeous and on point. What Hasbro tapped into with this toy is the kind of wild nexus of nostalgia that people like me hang our existence on. Do you ever think a toy was made specifically for you? That’s what this toy is to me, and thus it was fated to be my favourite toy of the year.

Course I did a review, and here is a cheeky link: Ectotron Review-me-do

Please remember that these are just my own personal picks of the toys I’ve really enjoyed this year, and in no way disputes yours. 2019 has been another fantastic year for transforming robot toys and there are so many wonderful toys that it’s really tough to pick 10, and whatever you chose as your own are probably just as good. Or not, because these are best HA. Kidding.