You run a website like this and for a weekend in July every year your social media feeds are a deluge of movie trailers, comic book announcements and toy reveals covering everything from Marvel to Sesame Street. Yes – it’s San Diego Comic Con time. As a kid, miniature Toybox Soapbox dreamed of one day making it to SDCC, but alas it seems set to forever be a pipe dream. Thanks to the internet, I do at least get to keep up with everything going on and watch it through admittedly jealous eyes which is some consolation. In an attempt to feel part of it, and taking any chance to leap onto a bandwagon, I knock out articles such as this one – a look at all of the new Transformers toys Hasbro revealed at this years SDCC.

We’d already seen a leaked image, but Hasbro officially acknowledged their Ratchet figure from the Siege portion of the Transformers toy line. An obvious retool of Ironhide, Ratchet at least gets a brand new head and shoulders (“2 in 1 shampoo AND conditioner?”), as well as a snazzy new front bumper for his Bubblegum Crisis looking ambulance mode. New accessories veer from medic to medieval torture aficionado (is that where Michael Bay was going in that last movie?), and it’s nice that Hasbro left it for our imaginations to decide. Ratchet is a Walgreens exclusive, meaning most likely a mad scramble to find one online is in your future should you happen to be one of the 7 billion people who don’t live in North America. But I will give points to Hasbro for having the gall to claim, with a straight face, that the figure has a third, “repair bay”, mode. 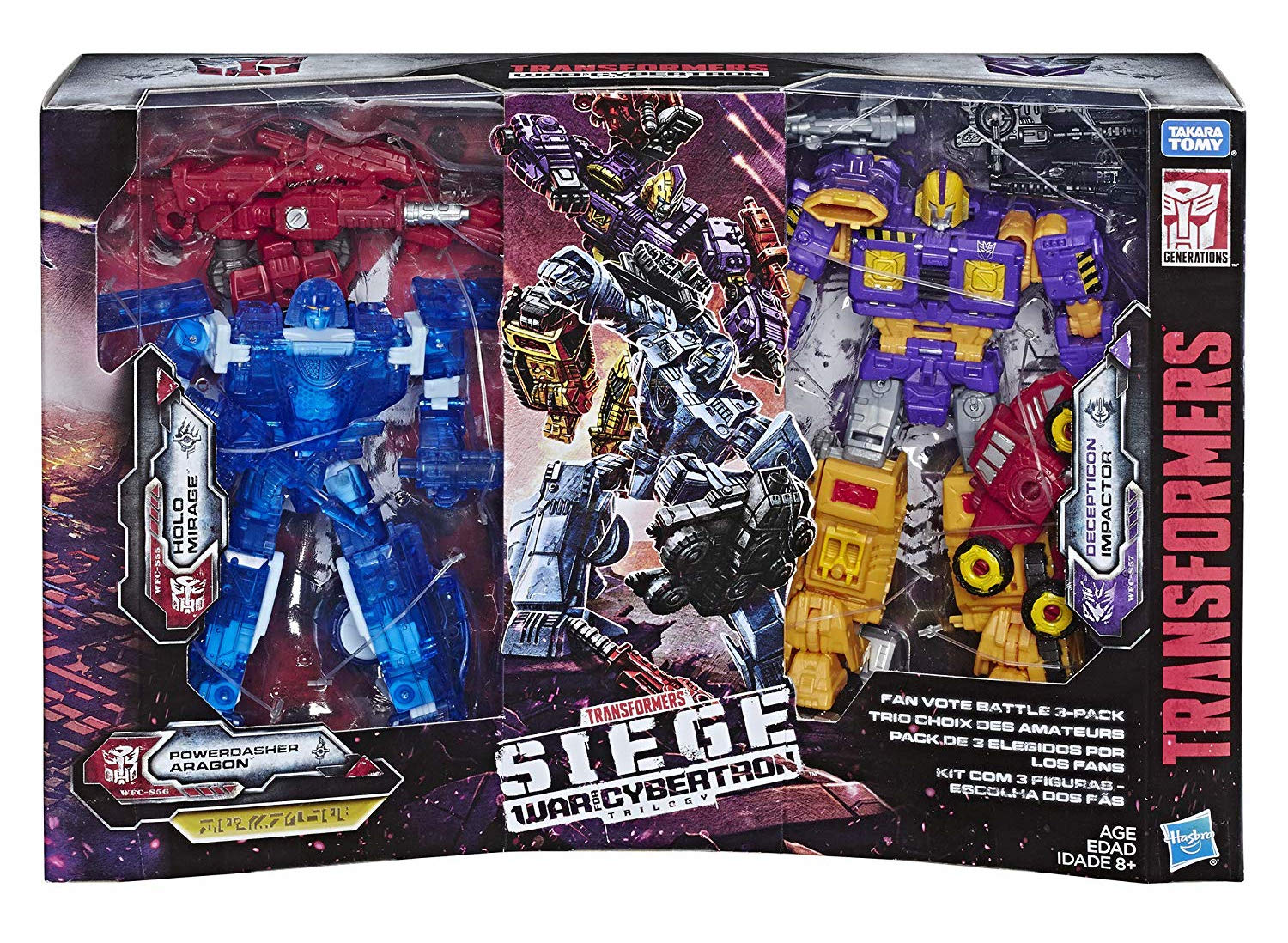 One of two reveals more surprising than Dr Karl cheating on Susan, a “Fan Vote Battle 3 Pack” was also announced by Hasbro. This Amazon US exclusive (at least they ship to the UK!) contains reuses of Siege Mirage, Impactor and COG with new head sculpts and different paint jobs. Hasbro could have taken the easy route with COG and recolored him to match Takara’s LG Grand Max, but instead they went to the very bottom of the G1 obscurity well and dredged up the Powerdashers! Much to this writers absolute joy. Drill head guy next please – and call him Frodo. 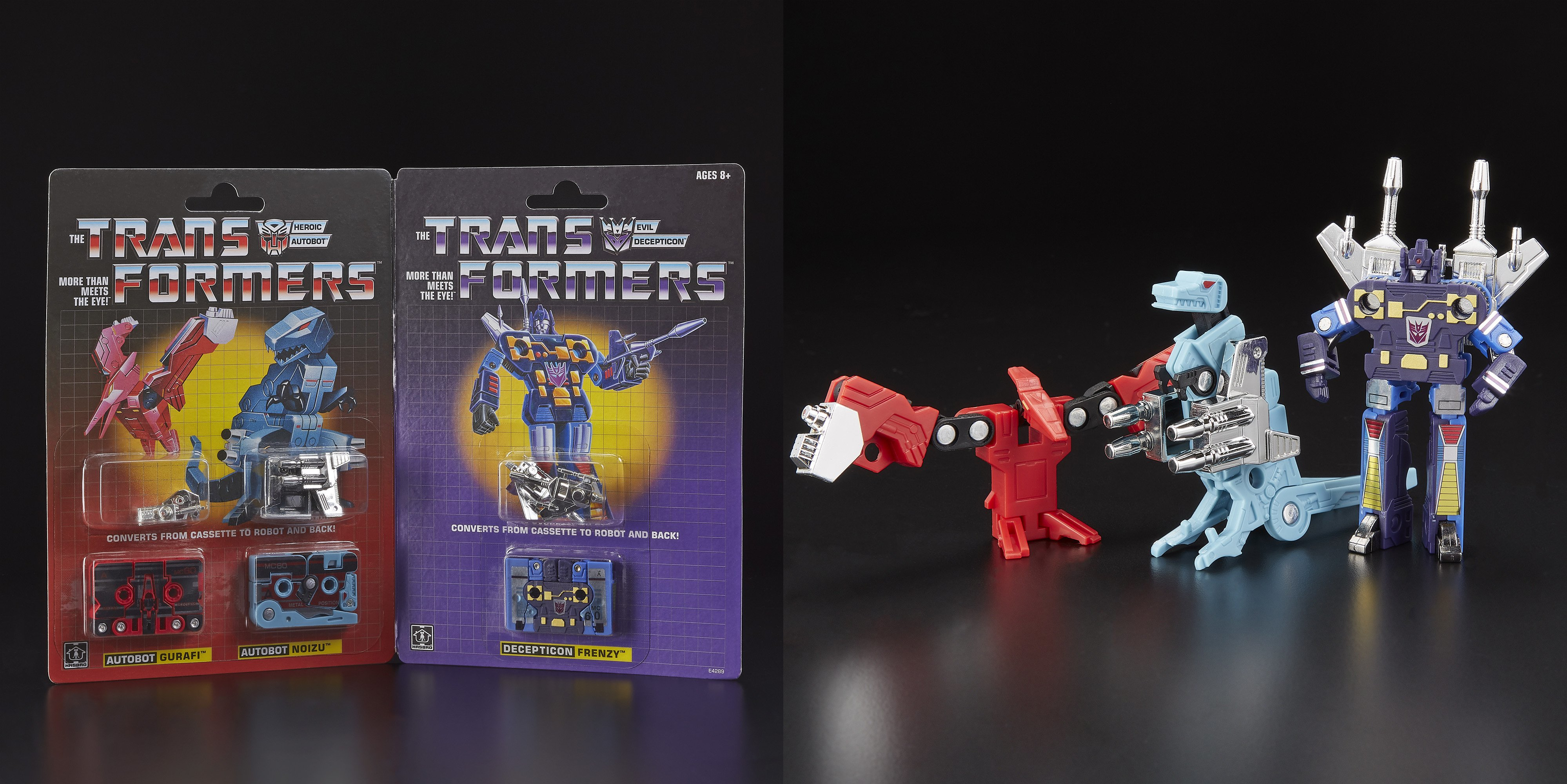 On current form it wouldn’t surprise me to learn that the Transformers brand team get drunk every Friday after work and dare each other to come up with the most obscure characters they could resurrect. We’ve already mentioned the resurrection of the Powerdashers over in Siege, but now a brief pop over to the G1 reissue slate gives us the surprise announcement of Gurafi and Noizu – otherwise known as Takara’s obscenely rare vintage Dino Cassettes. That noise you can hear is the faint, pained screaming of collectors who’ve just seen their vintage versions of these figures, and the surprisingly pricey KO’s, collapse in value faster than Barry from Eastenders being shoved down a hill by Janine.

Long hinted at, we also finally saw the redco of Siege Refraktor into….Siege Refraktor. A rare homage to the vintage G1 toys rather than the cartoon, Spectro, Spyglass and Viewfinder all return as individual personalties in their rarely seen vintage toy colours. Hasbro have also taken the opportunity to add a few extra pieces to create a more accurate DSLR camera mode, and thrown a tiny Kremzeek into the bargain, but the real star here is the packaging which is designed to emulate a DSLR box. Sometimes I think work should just send my wages directly to Hasbro – cut the middleman (me) out. 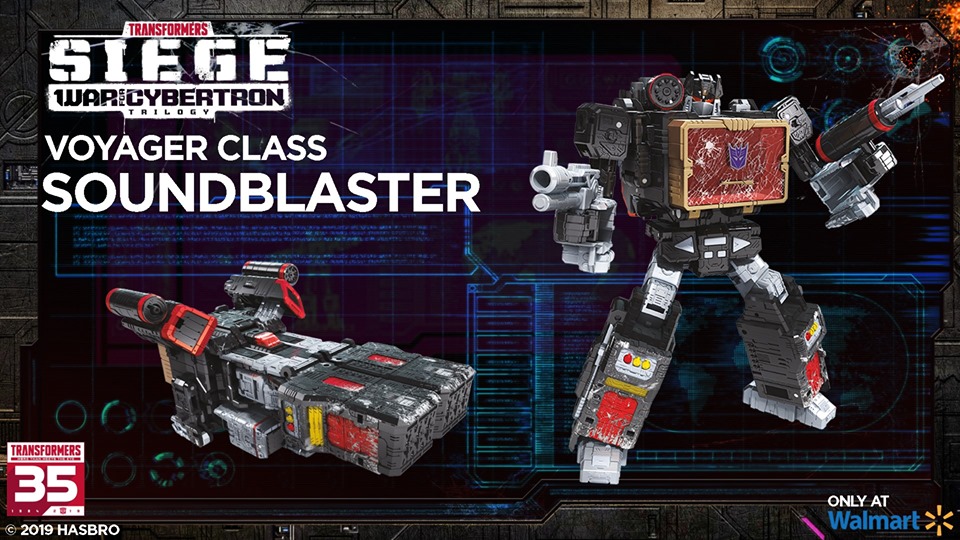 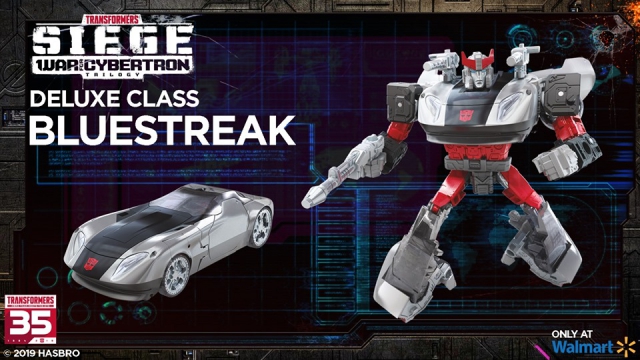 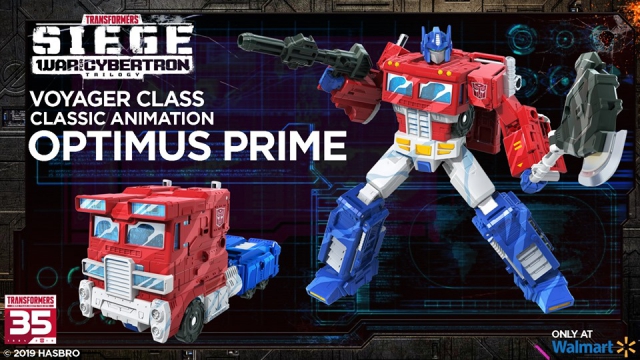 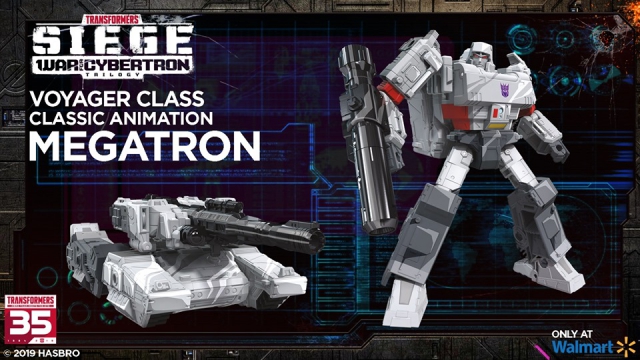 A few conventions back we briefly glimpsed box art for a bunch of 35th anniversary Walmart exclusives, but little else had been seen of them until now. Officially unveiled at SDCC we got our first looks gorgeous cel shaded versions of Siege Optimus Prime and Megatron. How these translate from computer render to physical product will be interesting to see, especially considering they couldn’t even get the Autobot badge lined up properly on my Power of the Primes Beachcomber. Soundblaster and Bluestreak round out the wave, with Soundblaster featuring an extended tape door to allow for multiple cassettes to store within his chest – just like his original toy. They only disappointment is that they missed a golden chance to call him “New Soundwave”. 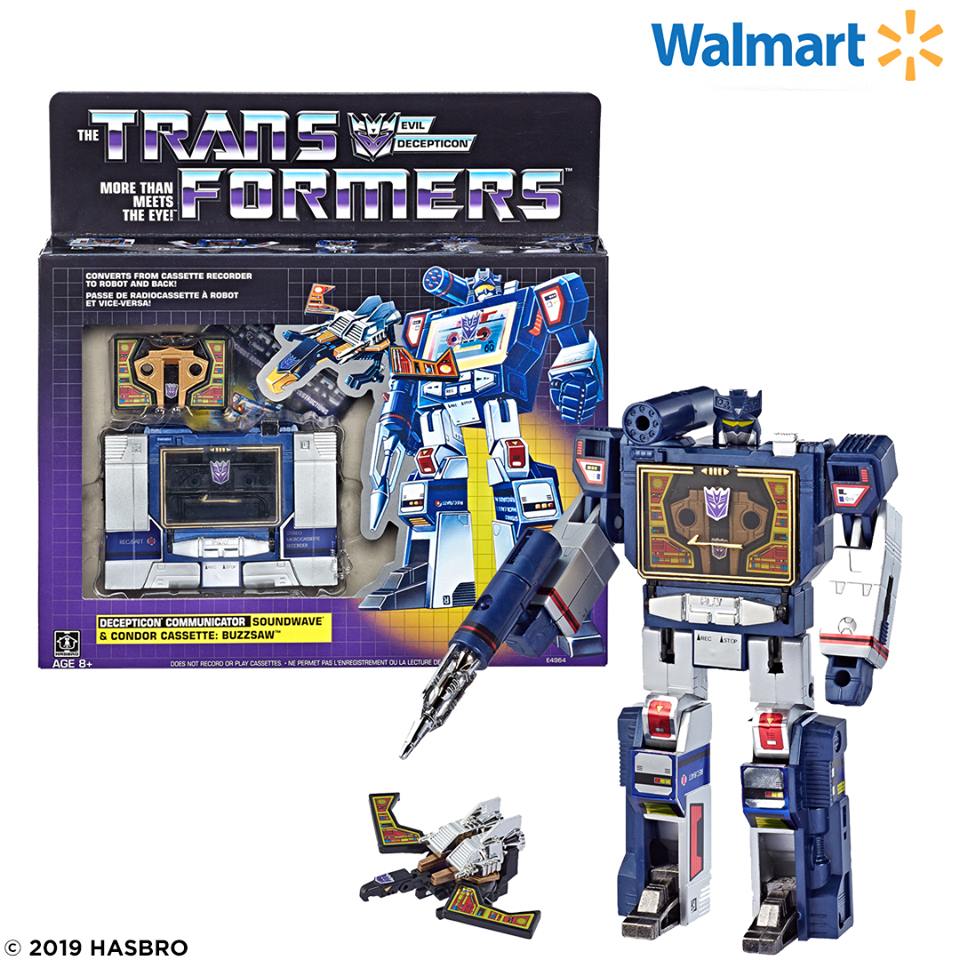 It doesn’t end there for Walmart, they also get gorgeous reissues of Generation One Soundwave and his cassette minions in lovely vintage style packaging. Of all the toys on this list this is the one that cuts the deepest. Yes, it’s another USA exclusive but over here in the UK, Kapow recently listed it for sale via import. Unfortunately, due to timing of it’s imminent release, things in my life not being quite as secure as usual AND TFN being only a couple of bin days away – it’s not a purchase I can justify at this exact moment in time. But hey, I’ve got rum and that’s a similar colour to Buzzsaw so I am sort of joining in…right? 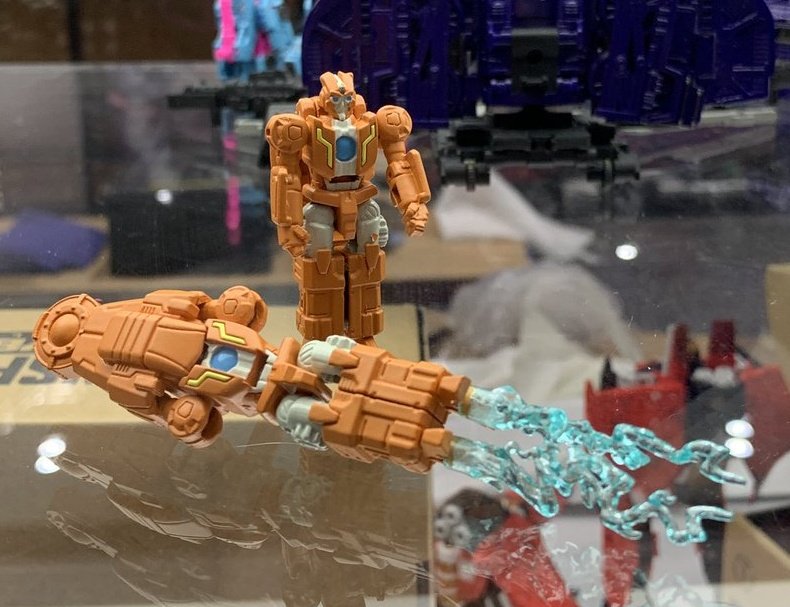 Hasbro surprised everyone by sticking a few toys out on the show floor that no sod previously knew existed. Joining prototypes of the already revealed Astrotrain, Spinister and Crosshairs on display were our very first looks at Ratbat, Frenzy, the Micromaster Combiner Battle Squad (YES!), a 10 pack of Micromaster repaints (DOUBLE YES) and a Battlemaster Rung (MORE YES!). Primus himself, but shrunk down to the Cybertronian equivalent of an electric shaver and equipped with thunderbolts of lightning, very, very frightening. Literally everything I mentioned in this paragraph will be bought, barring Hasbro making them an exclusive for an obscure store that only has one location in some village in America. Wait – do they have villages in America, young man? 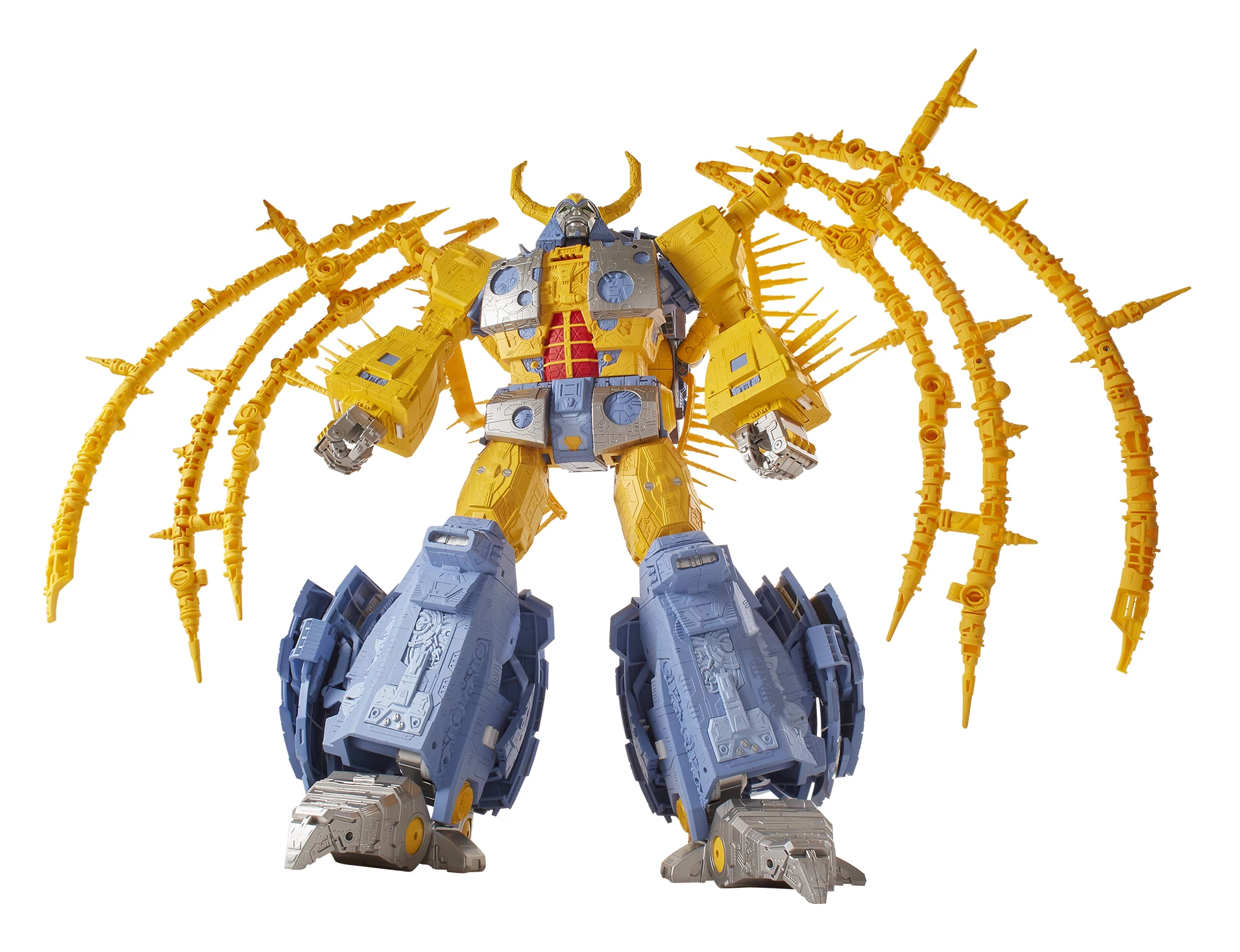 And then we come to literally the biggest thing to come out of the last month if you are a Transformers fan – Unicron! The “Universal Dominator” dominated most of the headlines as the internet stood in awe at the “what-in-the-bloody-hell-ery” of it all.  Announced prior to the show, and on display there in the form of a grey prototype, Haslab (Hasbro’s version of Kickstarter) are aiming to produce a spectacular Unicron toy that is the size of a toddler. It does everything: turns into a giant round planet, opening maw, opening mouth, moving eyes and if you hang on till it’s 12 years old it’s voice will break and it will get acne. You know earlier I was lamenting not being able to afford reissue Soundwave? Well this is the sort of thing I’d sell off chunks of my collection for. But there’s a catch. In order for it to be produced it needs to pass at least 8000 backers, each paying a tidy sum that’s more than my monthly mortgage payment. Oh and despite the toy being a LITERAL PLANET, you can only back it if you happen to live in North America. Sigh. 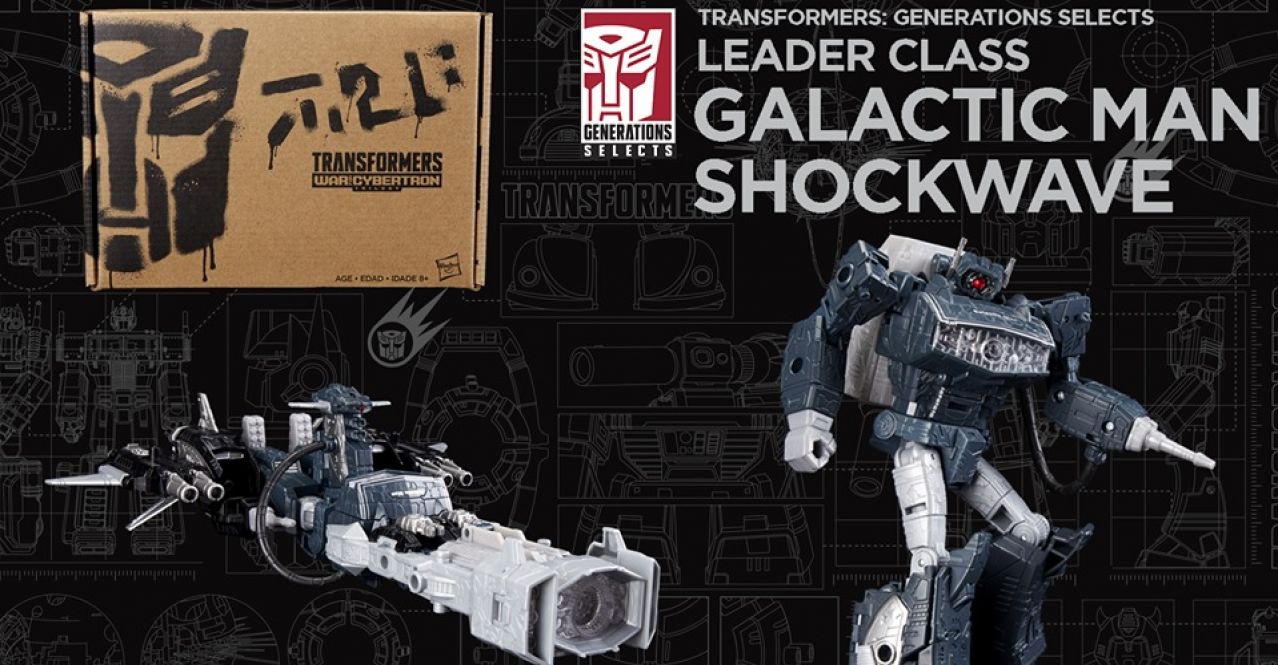 And that was The Transformers at SDCC 2019. Some big things, some small things, a lot of things we already knew of and a bunch of exclusives that suggest Hasbro is seemingly unaware that there are 7 billion people who don’t live in North America. All of the toys on show look wonderful and worth the effort required to obtain them, so it’s tough to be grumpy at the insistence on regional exclusivity. The current people on The Transformers brand team are doing incredible work and the only downside is knowing that it can’t last for ever. I mean, we are getting a Galactic Man repaint of Siege Shockwave – it’s mental. Only one thing was truly conspicuous by its absence at the show and that was any hint of what comes next for Generations. Maybe they are saving that for New York, New Yorkkkk – or something. Oh and before somebody sends me hate mail, I did rifle through the Cyberverse and Rescuebots news but there didn’t seem to be anything of note as everything was focused mostly on Siege for us old folks. 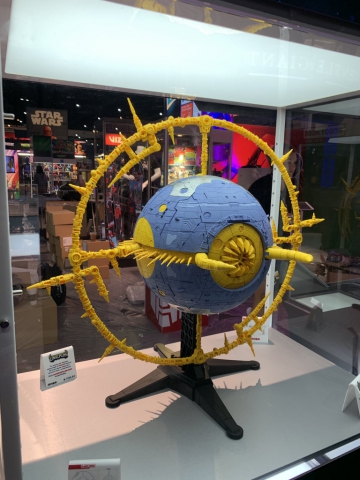 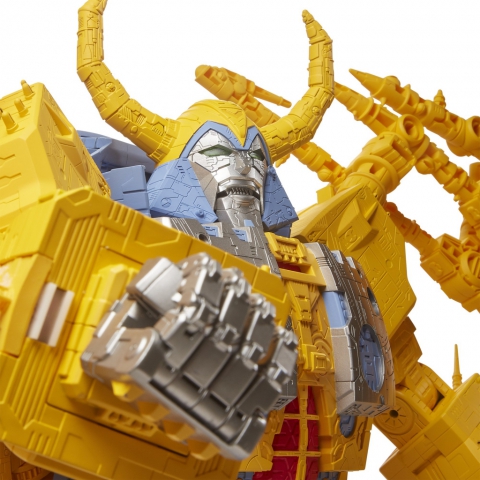 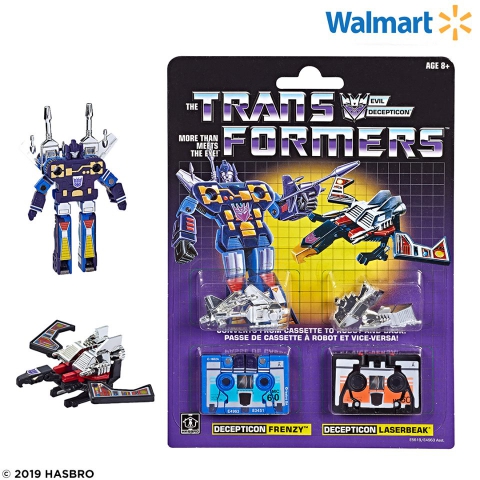 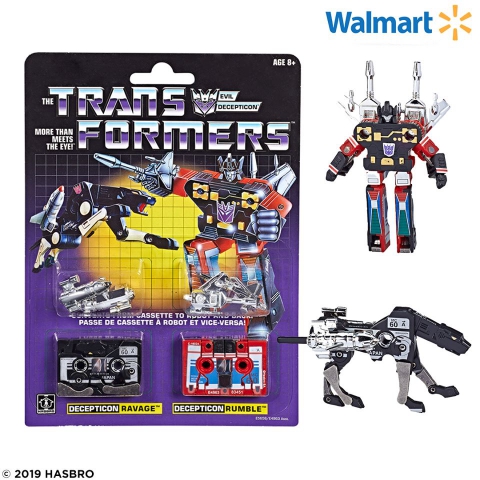 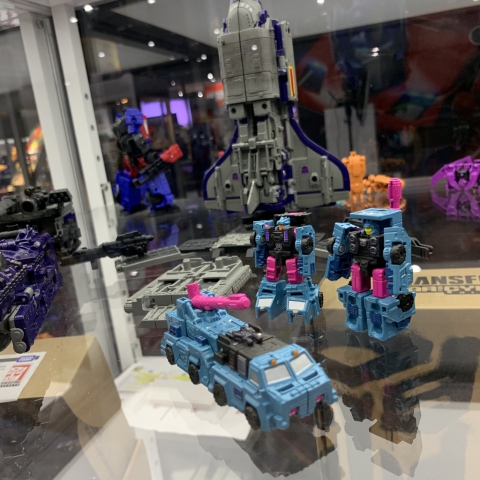 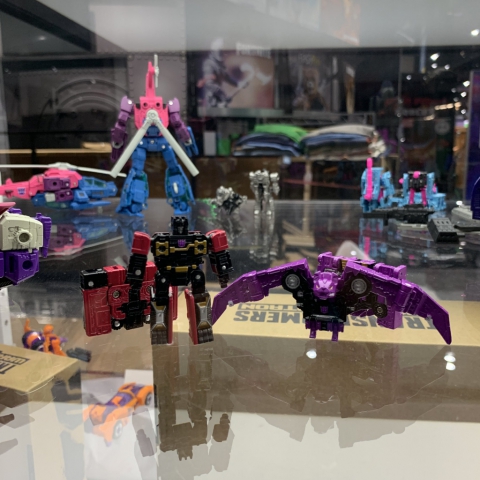 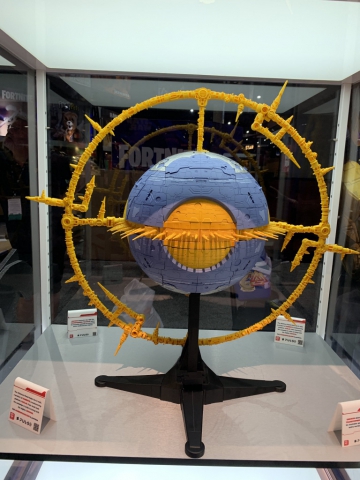 Photos from the show floor courtesy of @s250_MKII over on Twitter.