Growing up, by far my biggest dream was to visit Disneyworld. Being a poor kid, it took me until my adult life to realise that particular dream and when I finally made it I touched the ground just to make sure it was real. Must have been a sight for the waves of tourists, seeing this jet lagged Brit wearing Mickey Mouse ears and a big “it’s my birthday!” badge, touching the floor like he’s never seen concrete before. Catching me at just the right age was another theme park that burst into my imagination thanks to the biggest movie of the time – Jurassic Park. If you’ve visited this website before, or follow me on Twitter (if you don’t already, right that wrong), you will know I have something of an obsession with that particular biological preserve on Isla Nublar.

Throughout my life I’ve had this peculiar draw to merchandise that themes itself to look like it belongs in whatever fictional world it’s shilling. Not props as such, but items that somebody in the movie, comic, TV show or whatever might have. There was this weird stretch of the late 90’s and early 2000’s where I’d only wear comic book t-shirts, but they had to feel like they belonged in universe. Stark Enterprises, a Kyle Raynor Green Lantern uniform t shirt – that sort of thing. If you were giving me a Batman t-shirt, I had to believe it was something that  Batman might wear should Bruce Wayne be caught when a crime takes place during his gym session and he needs to something to conveniently grab out of his duffel bag. I am a man who appreciates good theming, I was also clearly a man who was not as cool as he thought.

Flash forward to 2019 and somebody has created just about the most perfectly targeted product for my particularly fussy Venn diagram of interests – IT’S A JURASSIC WORLD welcome kit! 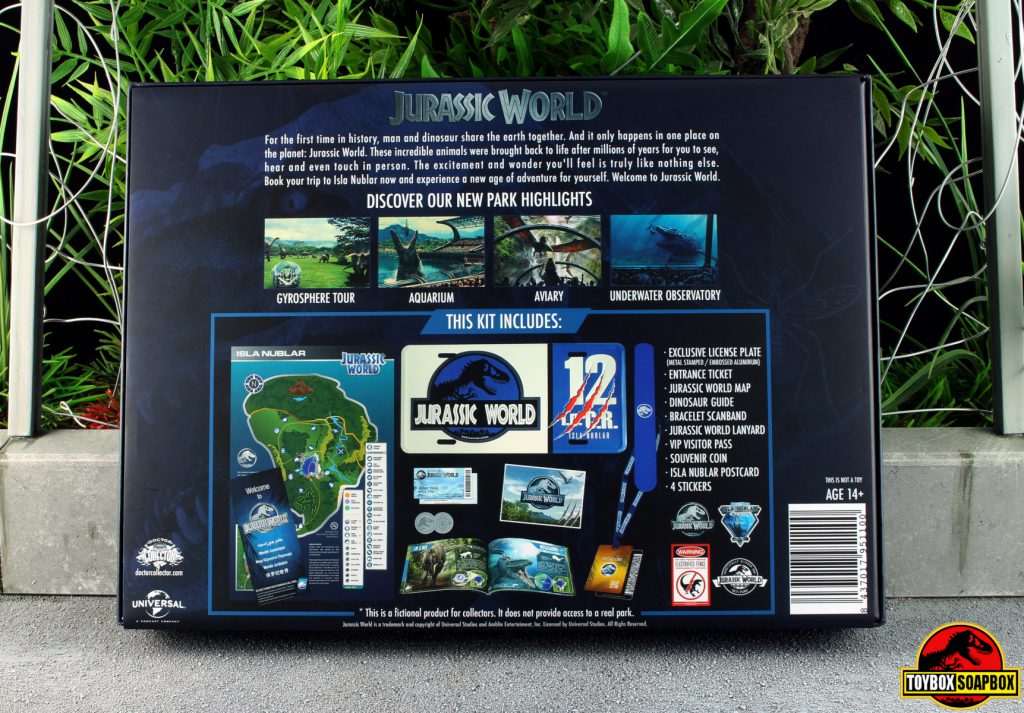 Designed to mimic a very fancy theme park welcome pack, Doctor Collector spared no expense (oh come on, I had to) with the theming. The sort of thing you’d see famous social media influencers and celebs showing off all over Instagram if indeed the Park was real. The kit makes every effort to uphold the illusion that Jurassic World is indeed real and you need to get a shift on with packing your bags ready for the trip. It’s full on niche collector product, but it’s the sort of niche product that is right up my alley.

What you get in the deluxe kit: 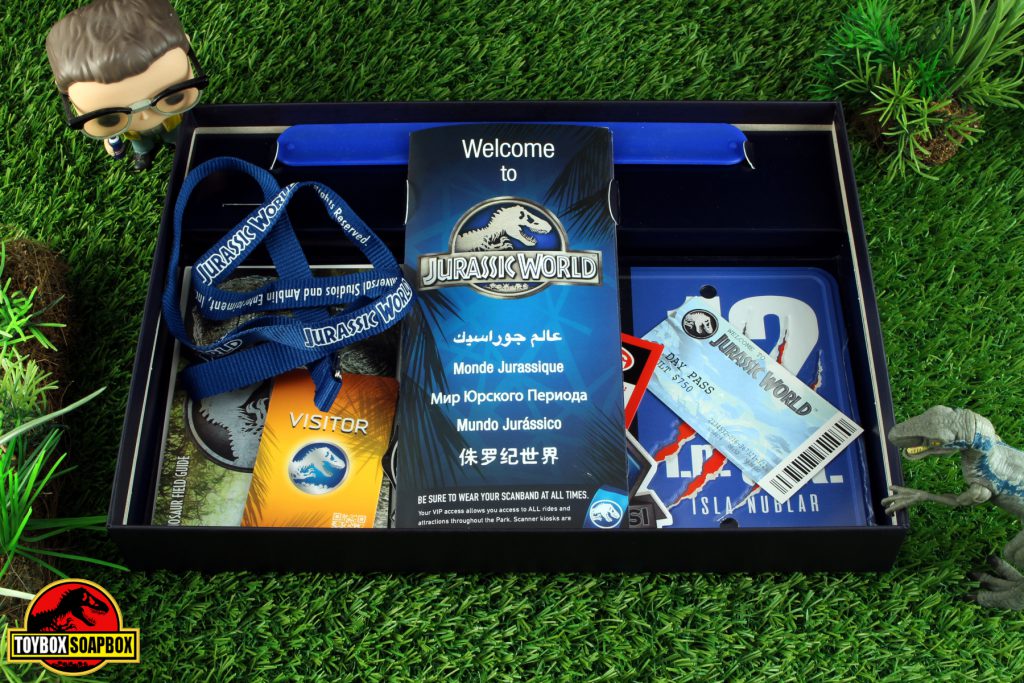 Opening the box up is, for me, how I imagine the inside of the ark of covenant would have looked if that bloke in Indiana Jones had worn sunglasses. It’s full of stuff keen to welcome you to a park that doesn’t exist. As someone who my girlfriend describes as: “easily swayed by marketing”, I found myself secretly wondering if the park was real and this was going to be the greatest Gotcha Noel Edmonds ever pulled.

Included is a $750 (did Gennaro survive?!), 3 day ticket whose price would make John Hammond turn in his fictional grave, a postcard that lets your rub your trip in your friends faces. some bang on point theme park merch stickers and a VIP visitors lanyard that is like the ones the guests, that Claire is trying to get to sponsor the Indominus exhibit, wear . As it’s the deluxe kit, the set also comes with a license plate which on the surface makes no sense but for me is a flashback to the mid 90’s when a mate from school went to Florida for his summer holidays, slightly better than my trip to…Wales (yes it rained, all the time), and returned with a Jurassic Park Jeep license plate from Universal Studios. So not only is this is a reference to the Jurassic World movie, but it’s a reference to an actual theme park item from the original movie. A reference within a reference. An amazing Russian nesting doll of fan service. 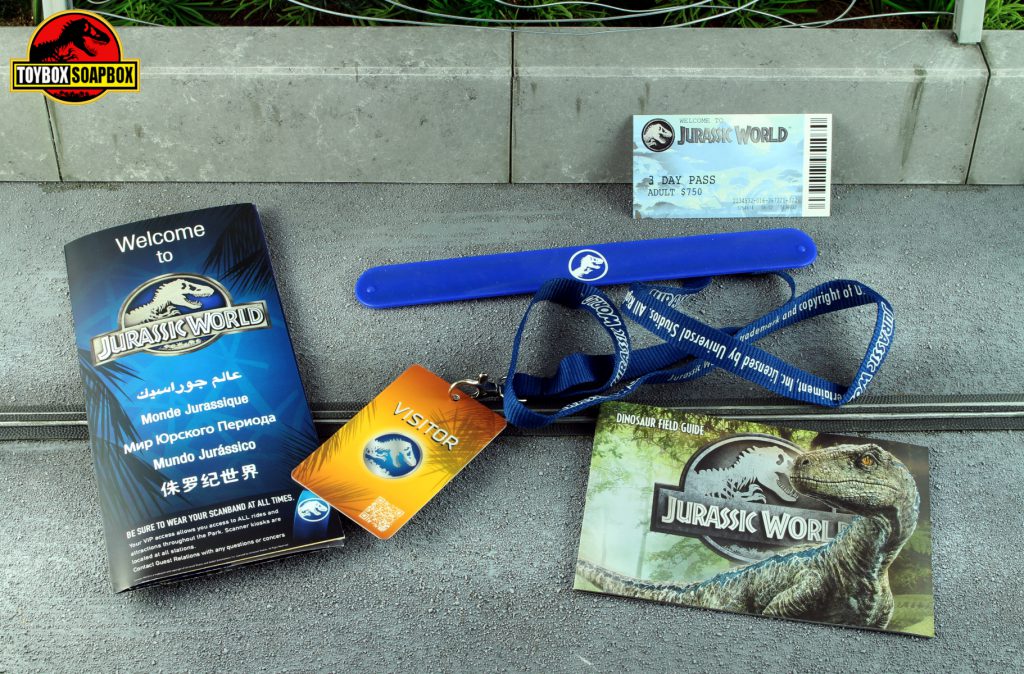 For an obsessive like myself the park map is one of the two real treasures here. Enterprising individuals have long sold replica JP and JW maps, but this thing is OFFICIAL. AKA REAL. The Jurassic franchise is painfully devoid of ancillary media outside of the movies and Crichton’s books that add anything to the fiction, so this is like a pin sized splodge of peanut butter on top of a very dry cracker. Displaying the full layout of the island and matching it up with the field guide is the biggest highlight of this set – freeing your imagination to gleefully skip around Isla Nublar. Every single attraction is accurately located right down to the Mosasaur Lagoon’s placement at the centre of the island. Somebody should have passed this map to Fallen Kingdom crew so we didn’t have to perform mental gymnastics and pretend it was actually a canal the Mosasaur was swimming into….

The other treasure is the snap band because it’s a prop right out of the film,and I am just the sort of person who sits around the house wearing this ready to go to a theme park that doesn’t exist. Like someone whose been at a festival and two weeks later is still wearing the wrist band because they can’t acknowledge it’s over. 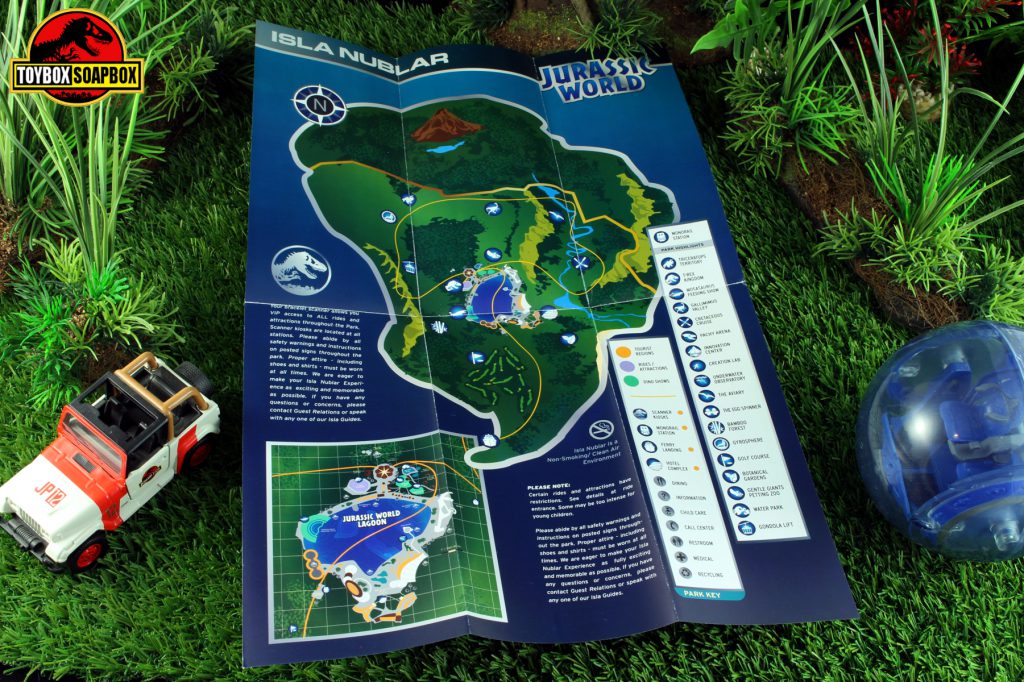 As someone who spent hours searching online to see if you can actually buy replicas of the t-shirts briefly shown hanging in the fictional merch stores on-screen, Doctor Collector’s Jurassic World Welcome Kit is made for people like me. People whose imaginations live in fictional worlds and want them to bleed into the fringes of their reality as much as possible. The theming on the kit is perfect and it’s been put together by someone who clearly loves the franchise and has the same kind of obsession with the details that I do. Sat behind me on the desk, I also have the Jurassic Park kit that is along the same lines, just waiting to be opened, which is even more up my street than this set.

We might never get to go to a real Jurassic World – but at least I’ve got a ticket. 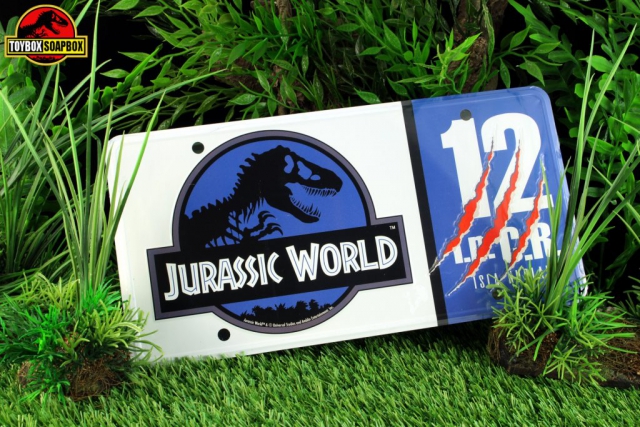 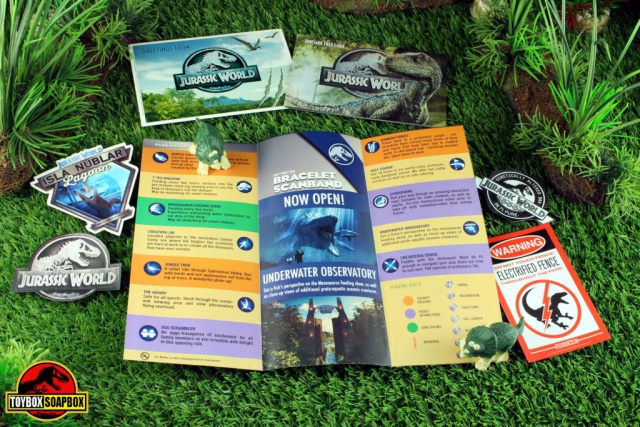 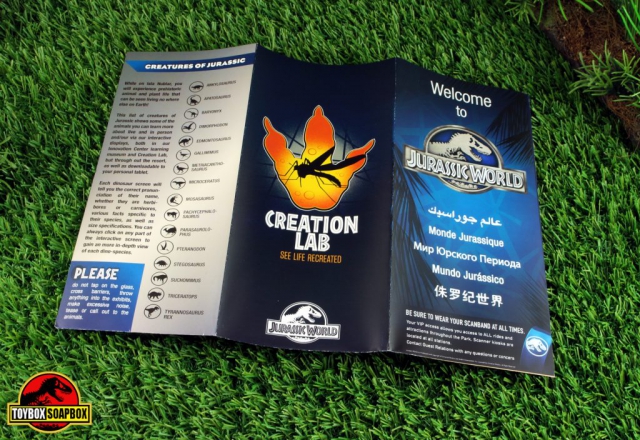 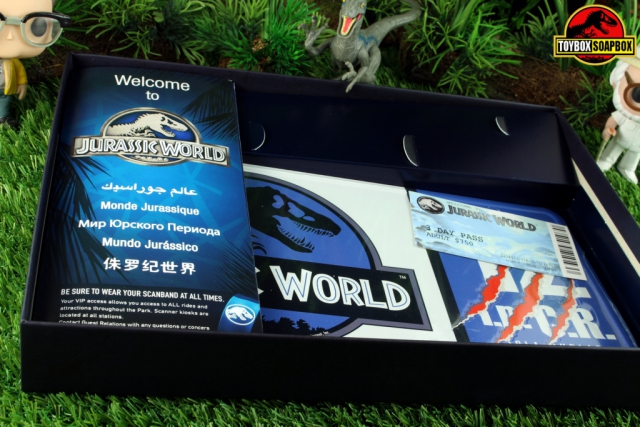 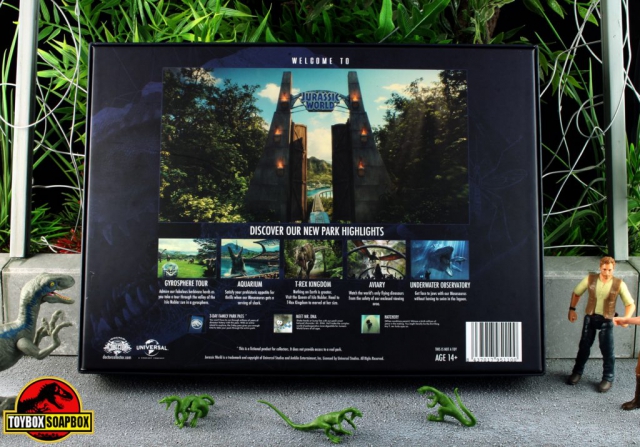 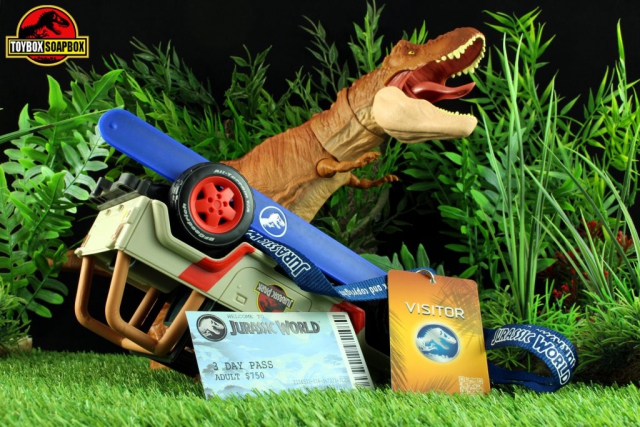