Hasbro knows how to make me spend money. Sure, that’s about as shocking a revelation as finding out Madonna actually died in 1993 and has been a Batman-like mantle passed on to generations of ex Top of the Pops presenters, but even I’ve been confused by how casually I’ve picked up “Earth Mode” versions of retired Siege Transformers toys. Mirage here is an excellent example. Nobody is as surprised as me that I bought this toy, because when the shipping notification from Hasbro Pulse popped up in my emails, it was the first I knew of it – or so I thought. All I can think of is that at some point in the past an advert for it must have caught me when I was a bit “merry” and in “all financial safety measures have been disabled – your PayPal app is weapons free” mode, which happens whenever I’ve had one too many grown-up cherryades. Sigh.

Kingdom Mirage is part of a boxset with Beast Wars Grimlock, retooled from Kingdom Dinobot, and is part of the “Battle Across Time” series that Hasbro have been chucking on Amazon and Pulse. So please enjoy the results of my misfortune with this unexpected gallery of a toy I didn’t know I’d bought. Double sigh. 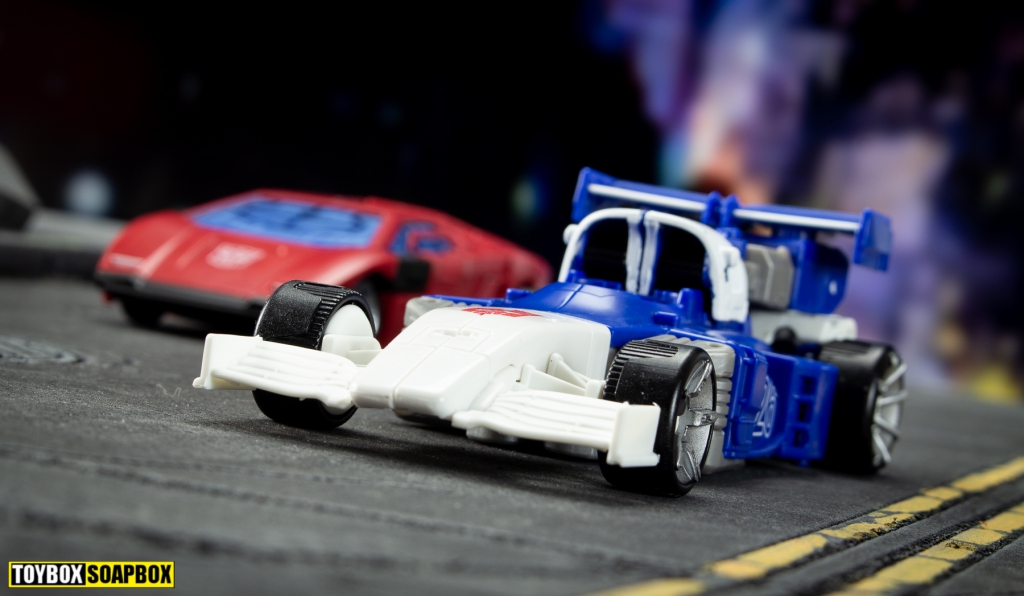 “The red car and the blue car had a race!” (I make this reference all the time, but what’s funny is I couldn’t eat Milky Ways as a kid because they weren’t vegetarian.) 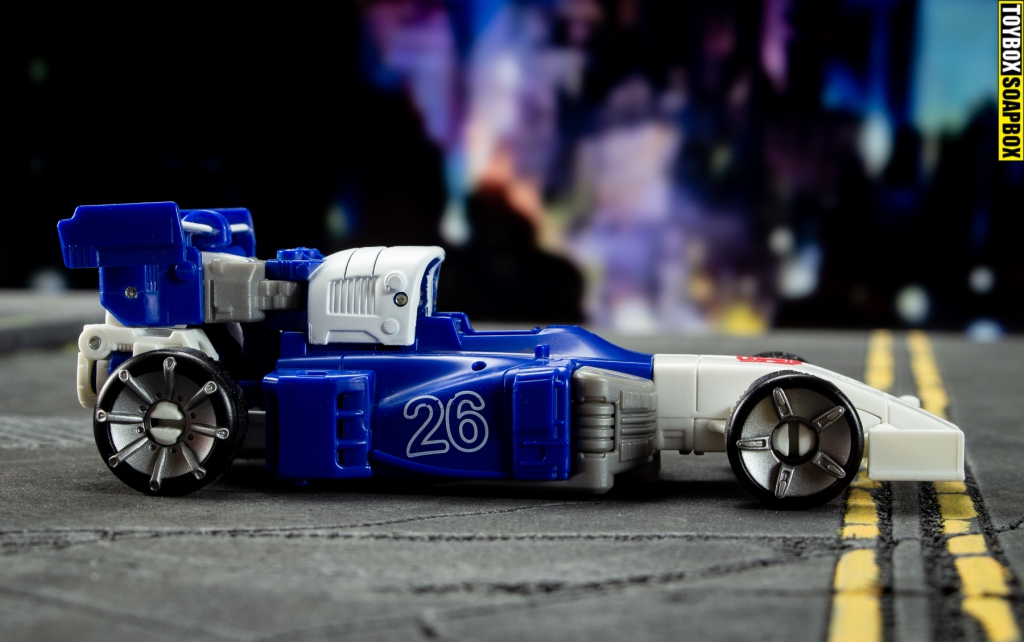 “Aerodynamics are for people who can’t build engines.” 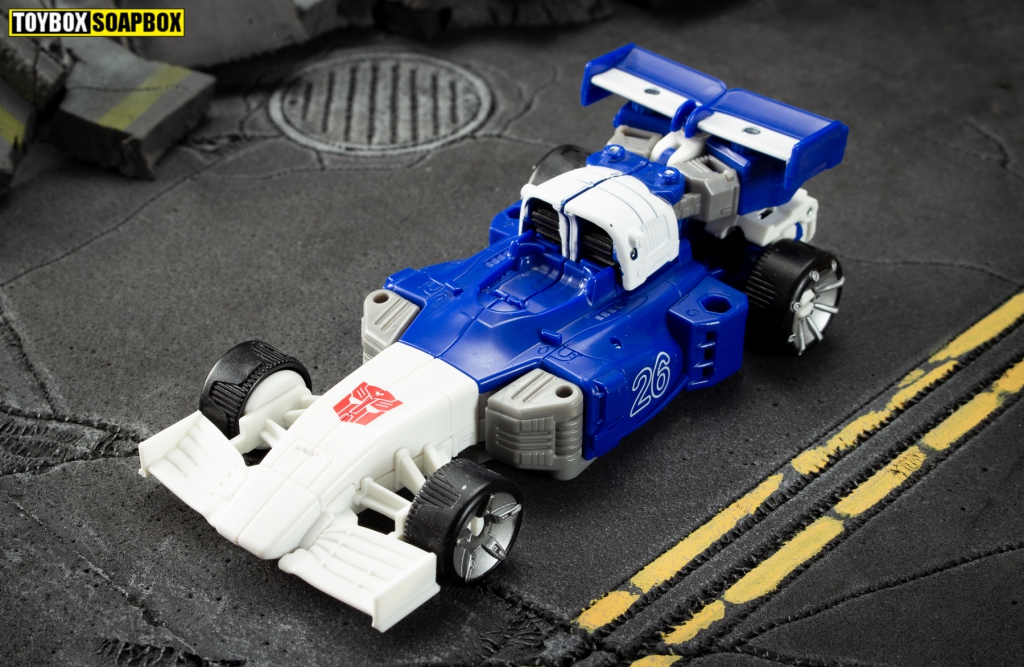 He doesn’t need a seat for humans. He’s a robot. 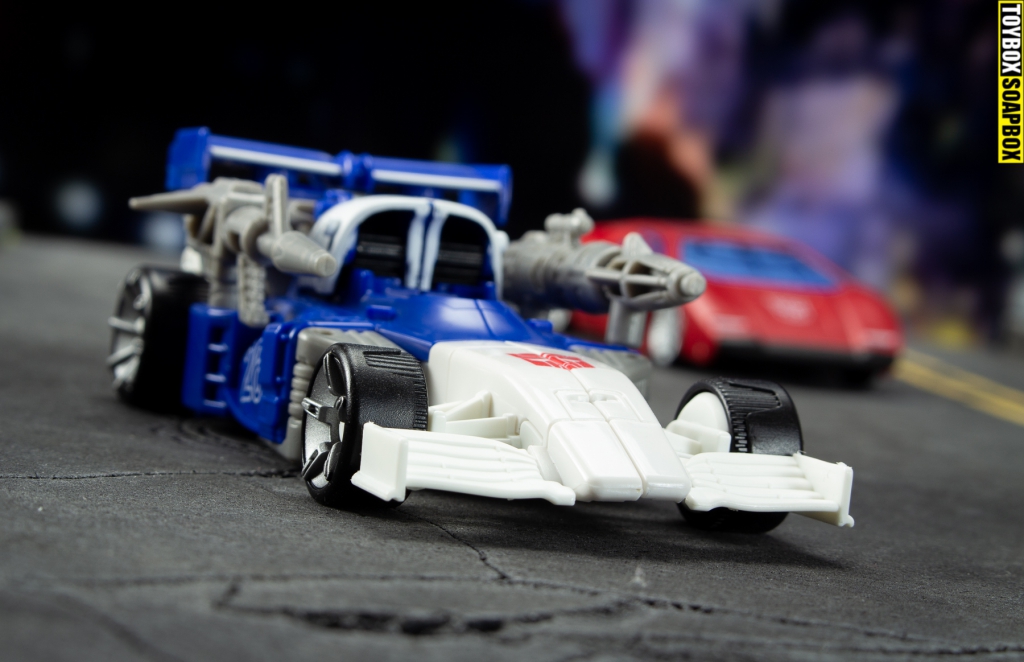 “I told Lewis Hamilton that if he crossed me again I’d bring out the big guns. So here we are.” 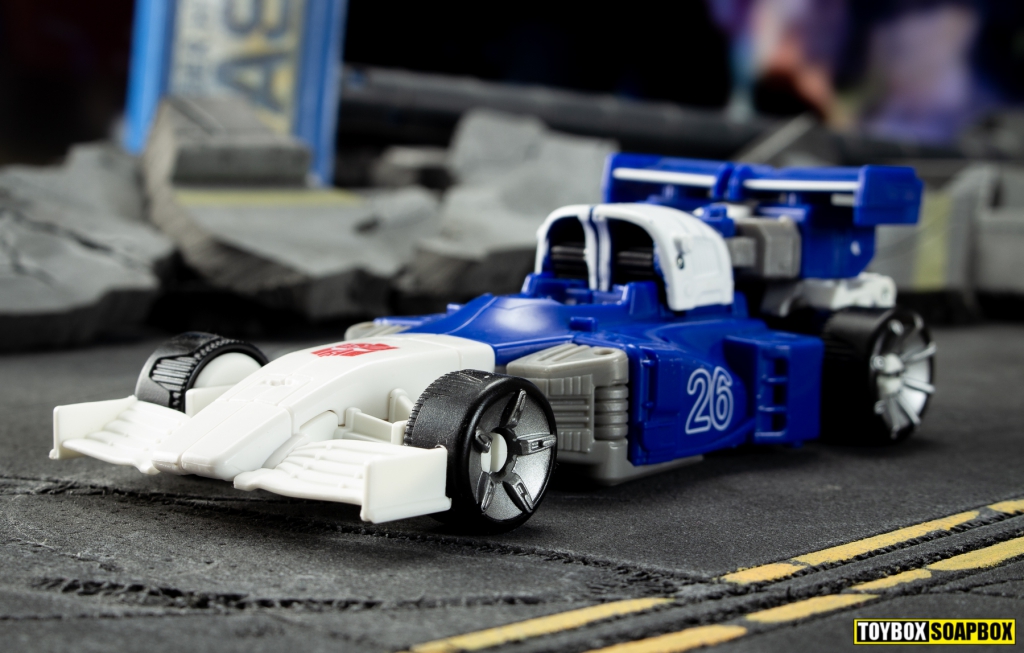 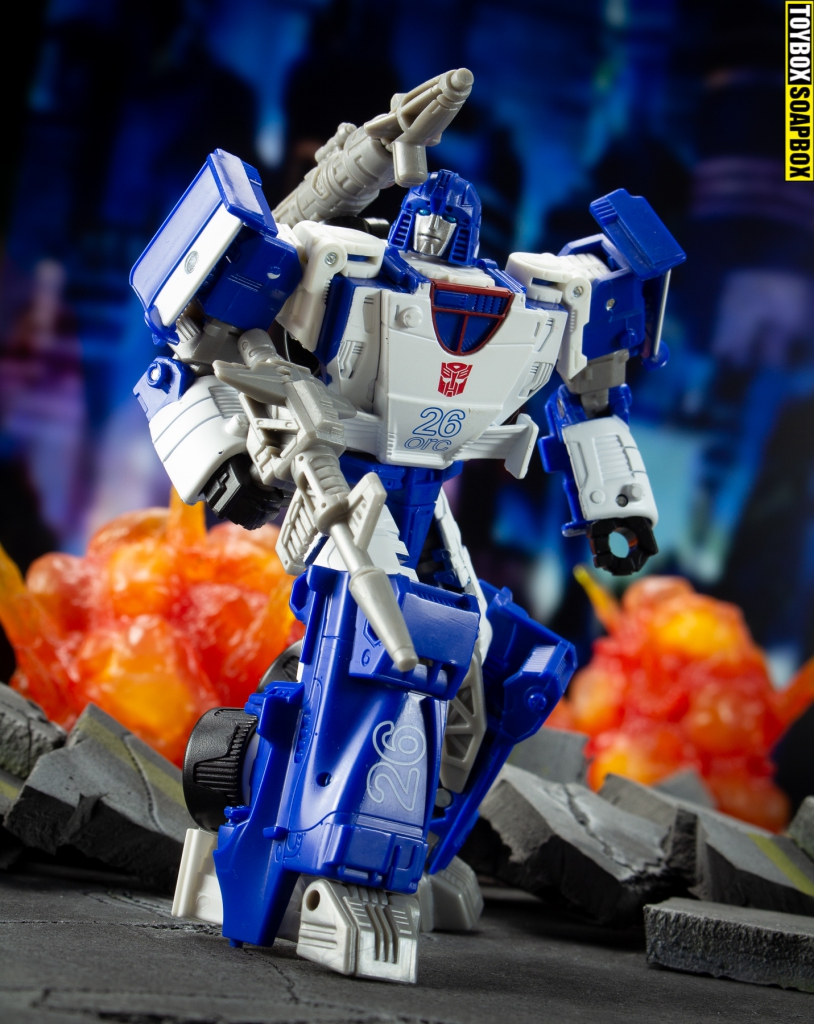 Mirage knows how to make an entrance at parties. 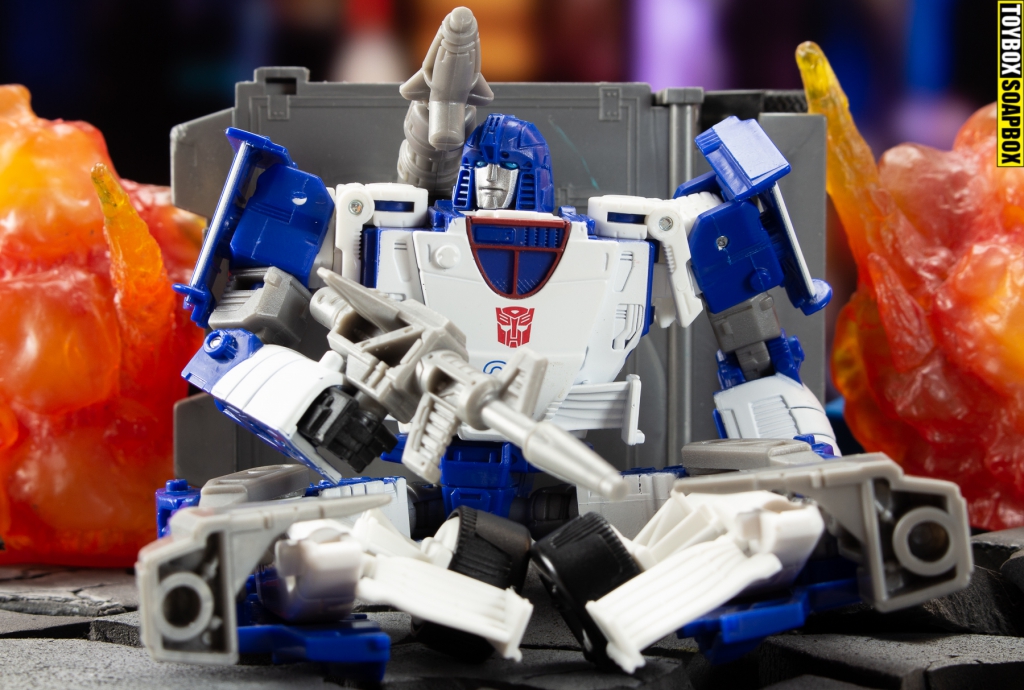 “Who can say where the road goes, where the day flows, only time…” 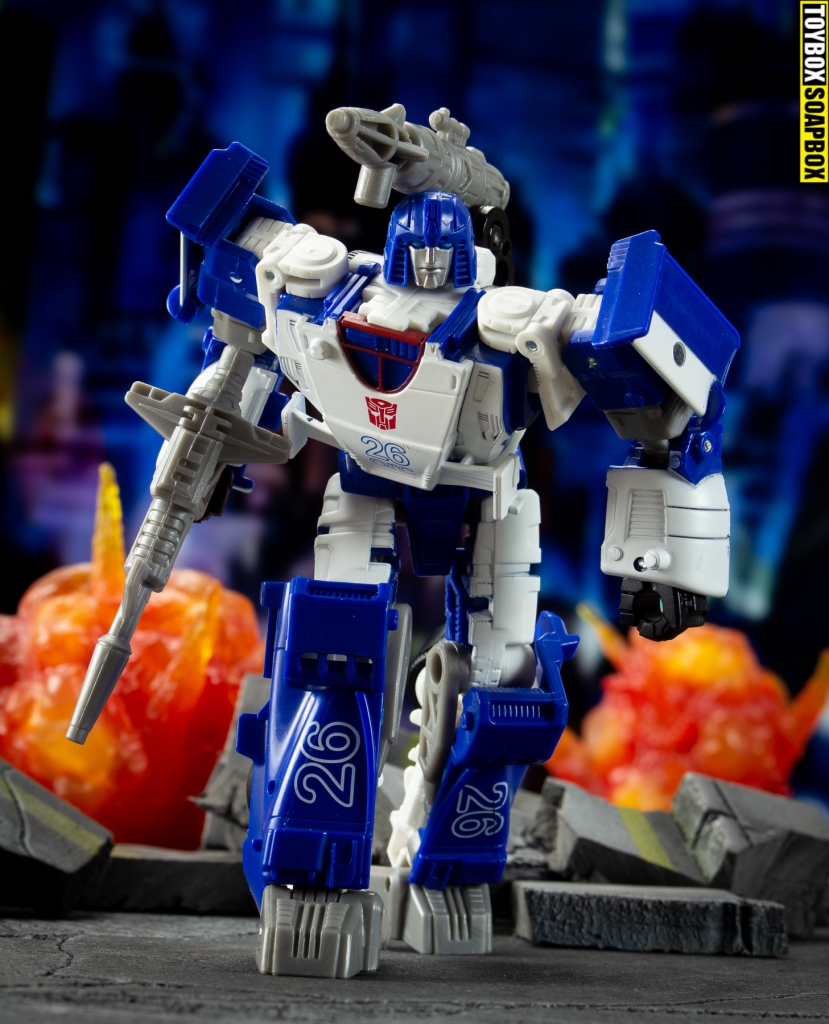 “And who can say if your love grows, as your heart chose, only time.” 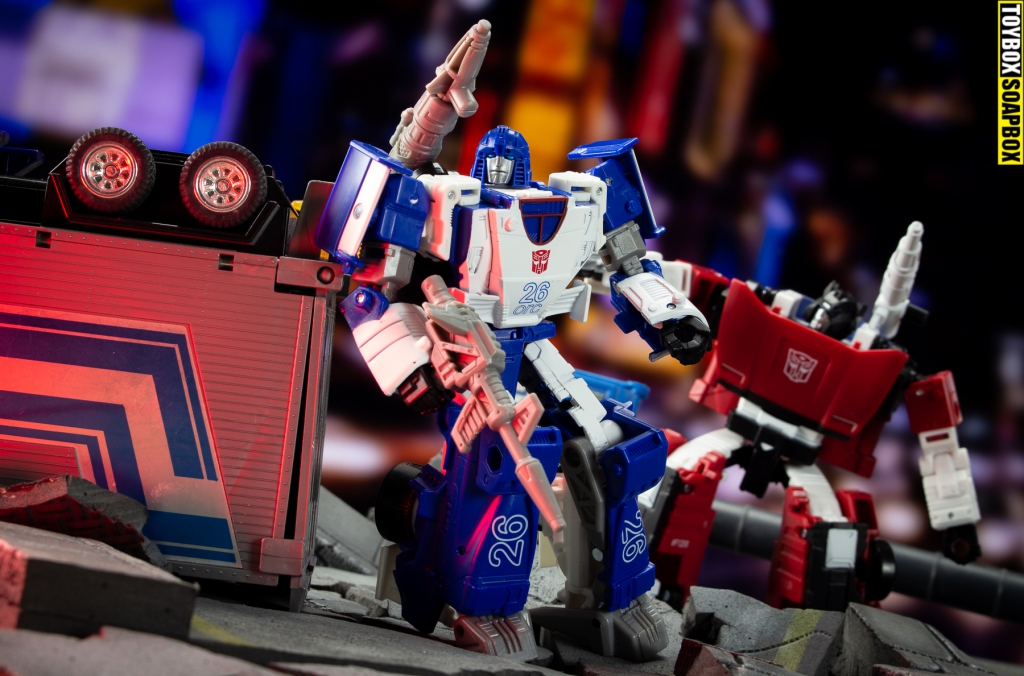 “Hey Mirage, Prime said make some noise for the “enemy” – not ENYA.” 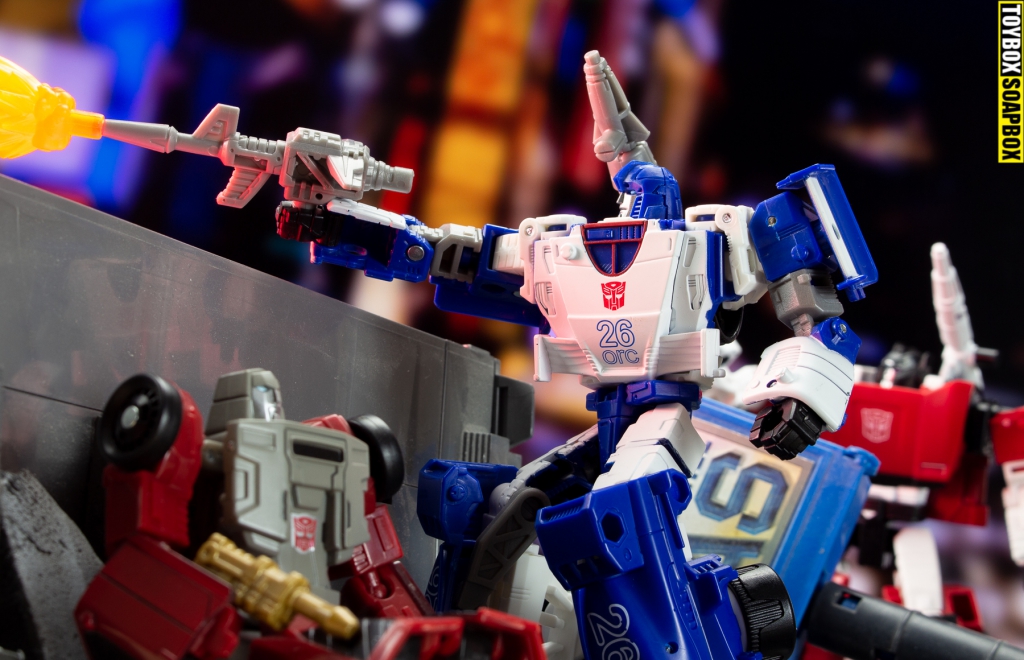 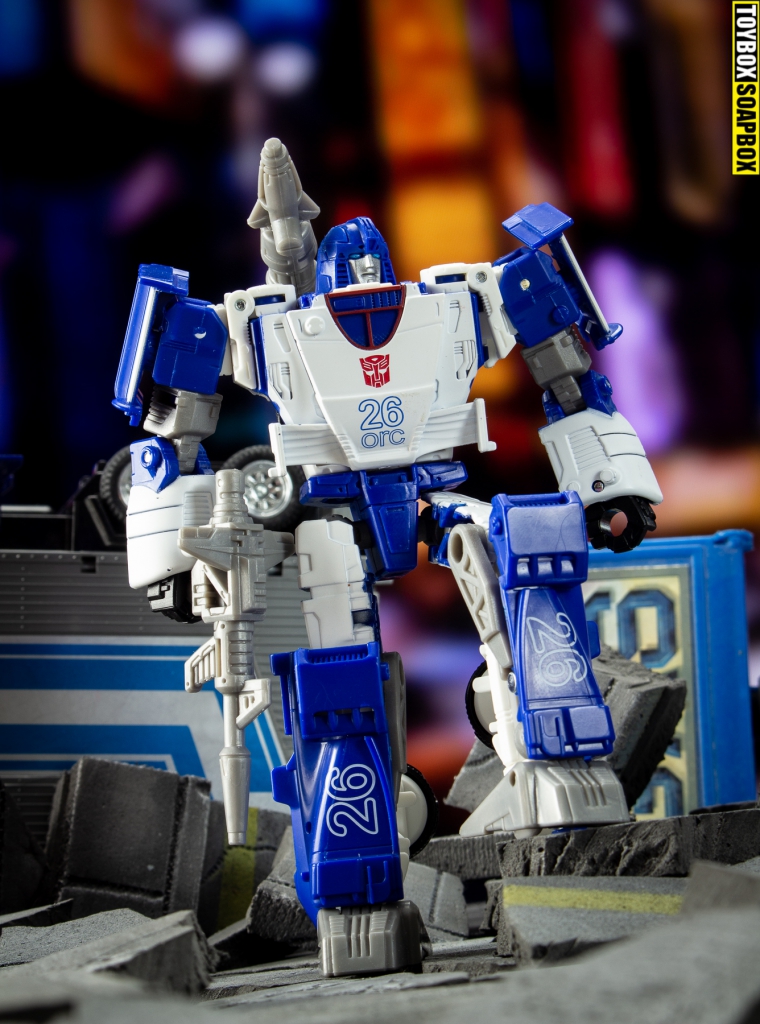 Kingdom Mirage is available now from all sorts of places. If you are wondering about how I’ve attached the launcher, it’s via the magic of a couple of 5mm peg adapters from Nonnef.com.