Welcome to 2021! Happy New Year…..wait – it’s July?! Where has the year gone? England got to a European Championship final? He-Man came back but people were more upset over Teela’s haircut? I’d better go back to sleep….

I jest! It’s been a busy year. I haven’t written much content for this site but that doesn’t mean I’ve just been sat around with my feet up, sipping a glass of rum and Dr Pepper. Earlier this year myself, Sixo and TFSquareone started a podcast! So if you want to hear my actual voice talking about Pat Sharp’s mullet, rather than scrawling it here, then you can find the Triple Takeover Toycast via all the usual Podcast sources. As you can tell from the name it’s a Transformers related podcast where each fortnight we discuss a set topic related to the franchise. At the time of writing this the most recent episode was all about Beast Wars. So if you like your Optimus a bit furry – go check it out.

Anyway, enough with the catch-up. I’ve been itching to write something for a while and thought I’d start by dabbling in the owd Generations Game. Okay so these days Hasbro prefer to call it a “trilogy” or some other buzzworthy name, but it’s still the same catch-all thing we’ve been sheepishly buying in Wilkos since 2006. During the pandemic Hasbro have not slowed down and have covered so much ground we’ve taken the Autobot Shuttle from G1 and have pitched a tent in the gardens of Casa Del Beast Wars. Perhaps this gives the impression that we’ve “completed” the G1 cast, but there are still tons of characters left for Hasbro to mine. For this comeback article I decided to list 10 of the most blindingly obvious. Before you start furiously typing an email to tell me that most of these characters have had Botcon or Collectors Club toys,  I know – I can use the TFWiki too. But, this list is specifically about characters Hasbro have yet to release at retail in their Generations lines. So close that email, sit back and think of Ruckus. 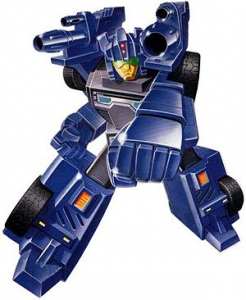 You would think being a member of a fan darling IDW sextuplet, The Scavengers, would grant you automatic qualification to the club – yet wee Jimmy Crankcase is still waiting in the rain-soaked queue outside. His vintage toy was a favourite of mine because of the way the flip-out guns would…err….flip out…of the windscreen. Fictionally how did that even work? Like, did the glass smash each time he activated that feature? Is that why he was so grumpy? Because his life is people thinking Stone Cold Steve Austin has arrived instead of him? Hasbro has yet to touch any of the G1 Triggercons or Triggerbots (yes, I know Override and Dogfight had limited Takara repaints, I said Hasbro!) so perhaps they are waiting until they figure out the best way to represent the flip-out weapon gimmick. Bring back springs! 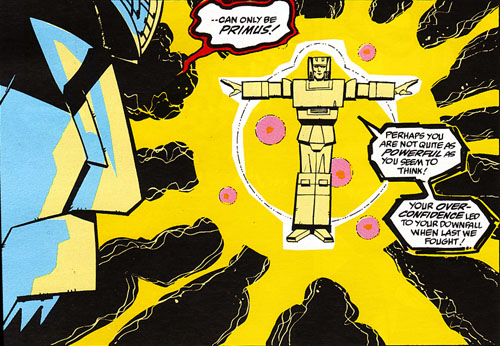 Don’t you dare give me that face. Hasbro has been digging deep enough into the Transformers canon that I am amazed they haven’t pulled up Shergar, and if the Powerdashers can get modern toys then the orange ice lolley has to be at least be on the ideas board. If you are unfamiliar with Emirate Xaaron, he was an Autobot Council Member from the Marvel Comics, with a mouth like a waffle. The closest he’s come to seeing a toy is as the noggin for that weirdo Autobot combiner which rehashed the Fall of Cybertron Combaticons into members of the Wreckers, but that’s just a life of pain for the poor sod. Xaaron doesn’t require much effort for a toy either. Transforming wasn’t one of Xaarons special skills in the comics, and all they have to do is slap a new head and some gold on any Megatron figure and they are pretty much there. Hello Super 7 – what even is that Reaction line for anyways? 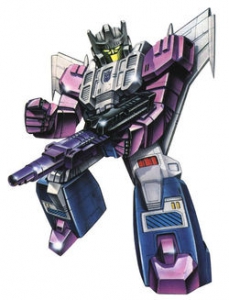 You know how every few years some website trots out news that the fabled Gremlins sequel (threequel?) is in the pipeline, but then nothing ever comes of it? Well, Hasbro took notes and have teased and teased a new Needlenose figure more often than Wayne Rooney gets into drunken mischief with a camera nearby. In fact, I almost left Needlenose off of this list because even I am bored of hearing about a leaked listing, a fan poll, or a trading card design igniting the fandom with “proof” of his future toys existence. But there’s no denying the double Targetmaster is a notable absentee in a toyline that has scraped almost every corner of G1 including a few most people didn’t know existed. Needlenose’s arrival feels like an inevitability, so if there’s one toy on this list that you are rushing to tell me has just been revealed as I hit the send button on this article – it’s probably this one. 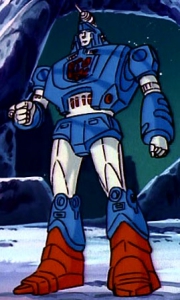 Who? Him who comes up all the time despite having as many appearances as that fake footballer who convinced Graham Souness that he was George Weah’s nephew? Yes, Devcon, the Cybertronian bounty hunter who appeared in a single episode of the cartoon is number 7 on our countdown. He looks a lot like Scourge so it’s genuinely amazing that given how keen both Hasbro and Takara are always to revisit that cartoon, Devcon has never had a toy outside of a Botcon set. We’ve had a few near misses over the years but for whatever reason this guy has had as much luck getting his own toy as Scotland did getting out of their group in Euro 2020. (Send all hate mail to Gareth.Southgate@penaltyking.co.uk)

There’s something about Transformers: Victory that Hasbro doesn’t like the smell of. Several of its most prominent characters are yet to receive modern toys, but this took a mind-boggling turn with Liokaiser’s appearance in Combiner Wars. Switching out team members is nothing unusual. Traditionally it’s some limb that people can’t reconcile the scale of with the fact it’s a toy of a fictional robot, but this time it was not only the torso – it was the team leader! Instead, we were “treated” to a redco of Sky Lynx in Leozack colours (but named Dezarus, because chicken) that looked like it had shoved its face into a bowl of Wotsits (Cheetos if you live in the colonies).  Nobody was satisfied with this scenario which is why when Power of the Primes vomited up a Starscream that had no team or context, it looked for all the world like a great wrong was about to be righted with an inevitable redo. That waiting I’d done for a Takara Unite Warriors set because I am a snob, was about to pay dividends…oh wait….how many years later is it now? 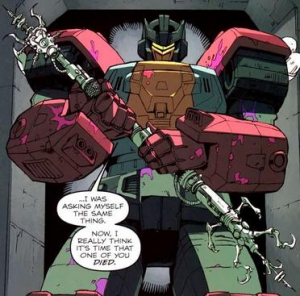 Not unlike their Turbomaster arch-enemies The Predators have seen no love during Generations. I don’t know why as they wear some top tier Bermuda shorts evoking colour schemes. Stick the teams together and it’s like a magic eye painting screaming 1990something at you. What’s not to love? Stalker’s only notable appearance in fiction was a memorable cameo in Last Stand of the Wreckers, which exposed his hitherto unseen dental hygiene skills. That’s the kind of appearance that gets you a fanbase. Unfortunately, the clamour to bestow Stalker with a new toy has fallen on deaf ears and we are still waiting. Though in reality we know it will arrive around the time when Hasbro gets bored of making Soundwave a tape cassette player again and cast its gaze towards Machine Wars. 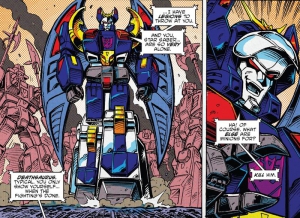 The original robot chicken! Had you put in the work to claim the title of leader of the Decepticons you’d probably be pretty miffed to then not be granted the honour of a toy. Maybe Hasbro can’t figure out how to work a mad Chicken Dragon thingy mode into a modern toy without laughing, I mean I still struggle to cook rice so some things are just beyond natural human understanding, but with a renewed focus on Beasts it feels like the Moonbases are aligning for Deathsaurus to finally get the toy that pouty (or should that be poultry?) face deserves. 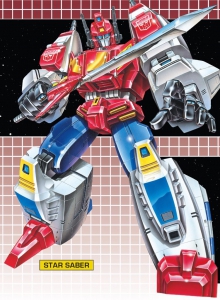 Of all the entries on this list, this is easily the most befuddling. Star Saber is the leader of the Autobots from the Japanese only Victory portion of the franchise. And perhaps as a consequence of being that ultra-dynamic Transformer who people will tell you looks a like a Gundam, he’s largely remained confined to Japan. Takara has resurrected him for numerous toys in lines like RobotMasters and Masterpiece, but his absence in Generations looms large. When he popped into IDW’s Lost Light comics to borrow a cup of Dai Atlas’s inner Energon, I thought that was the moment – but nothing materialised. It’s not even like there’s a license issue as he basically transforms into a winged chevron. So what is the hold-up? Well, part of that question appears to have potentially been answered in some form with the tease of a forthcoming Haslab announcement. What that looks like and how expensive it is are anyone’s guess as I struggle to see a justification for a toy that looks and plays similarly to the Masterpiece being a Haslab initiative, so perhaps it will do some different things. My hope is that it means a Victory Leo figure may feature as part of the wallet kicking bundle. 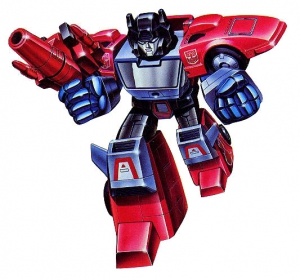 Resurrecting Targetmasters as Battlemasters seemed like the perfect opportunity to bring back the classic Autobots who once wielded them. As a massive fan of Pointblank I felt personally insulted when this turned out not to be the case. That sweet red futuristic sports car, the Mario Bros. style fireballs, the satisfying way the shoulders rotate on a spring, the robot mode that looks like it’s wearing dungarees cut off at the waist…all these things add up to one of the best Transformers of them all. So where is his modern toy? Pointblank is also another card carrying member of the missed opportunities club. A brand new Punch\Counterpunch toy whose Decepticon robot mode looked an awful lot like Pointblank was released during Power of the Primes – but no retool was forthcoming. With Sureshot also absent, and Crosshairs getting something of an apologetic retool from Siege Ironhide, the Autobot Targetmasters feel ripe for a starring role in some future fiction. Siege 2 anybody? 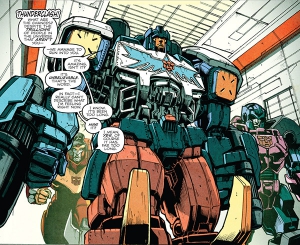 Yes, yes okay – you win. The number 1 omission on our list is THE GREATEST AUTOBOT EVER – it can only be Thunderclash. A member of the Turbomaster sub-group, who could have filled most of this list all by themselves (believe me when I say they very nearly did. My dear Flash…), Thunderclashes original toy appeared right as last orders were being called on Generation 1, so isn’t one most people remembered until MTMTE\Lost Light lit the hot pink flame. Naturally interest in the character exploded. With Generations penchant for redoing Optimus Prime in each new series, it is mystifying that we haven’t seen Thunderclash spring from any one of those 8 billion moulds – but he’s another where his arrival feels inevitable. There’s only so many times you can roll Ultra Magnus out. Ha, that’s absolutely a lie. Thunderclash has to be happening at some point though – doesn’t he?

And that is going to do it for my list. Again, I must stress that this is only my personal list and not in any way definitive. I literally made it up as I went along, and was eating a cheese toastie. So if you have any issues with it at all then feel free to use your inside voice. Thanks.