Some fans may lament that the Transformers can’t leave 1984 behind, but the GCWO is proof that it can – because next week we move into 1985. HA! The first month of The Great Cybertronian Write Off has been fantastic fun and has covered some of the most iconic toys in the history of not just The Transformers – but toys in general. Optimus Prime, Starscream, Hound and Soundwave all made appearances and it’s been incredible fun for myself, TFSquareone, Sixo and Tikgnat to revisit those toys. Yet there’s so much more to come. 1985 brings Powerglide, Smokescreen, Blaster and some undisputed highlights of the decade but before that there’s still time to cast our attention back to 1984 for a final time, with a recap of weeks 3, 4 and I guess technically 5 of the GCWO.

Before we get to those – let’s take a look at some fun stuff. As the GCWO evolved, one of the topics that came up was the idea of bonus content. Posters? Reviews of variants or toys from other lines? Plenty of ideas were kicked around and with TFSquareone barking orders from across a continent – Tikgnat created two excellent promotional pieces based on the original pack in toy catalogues. 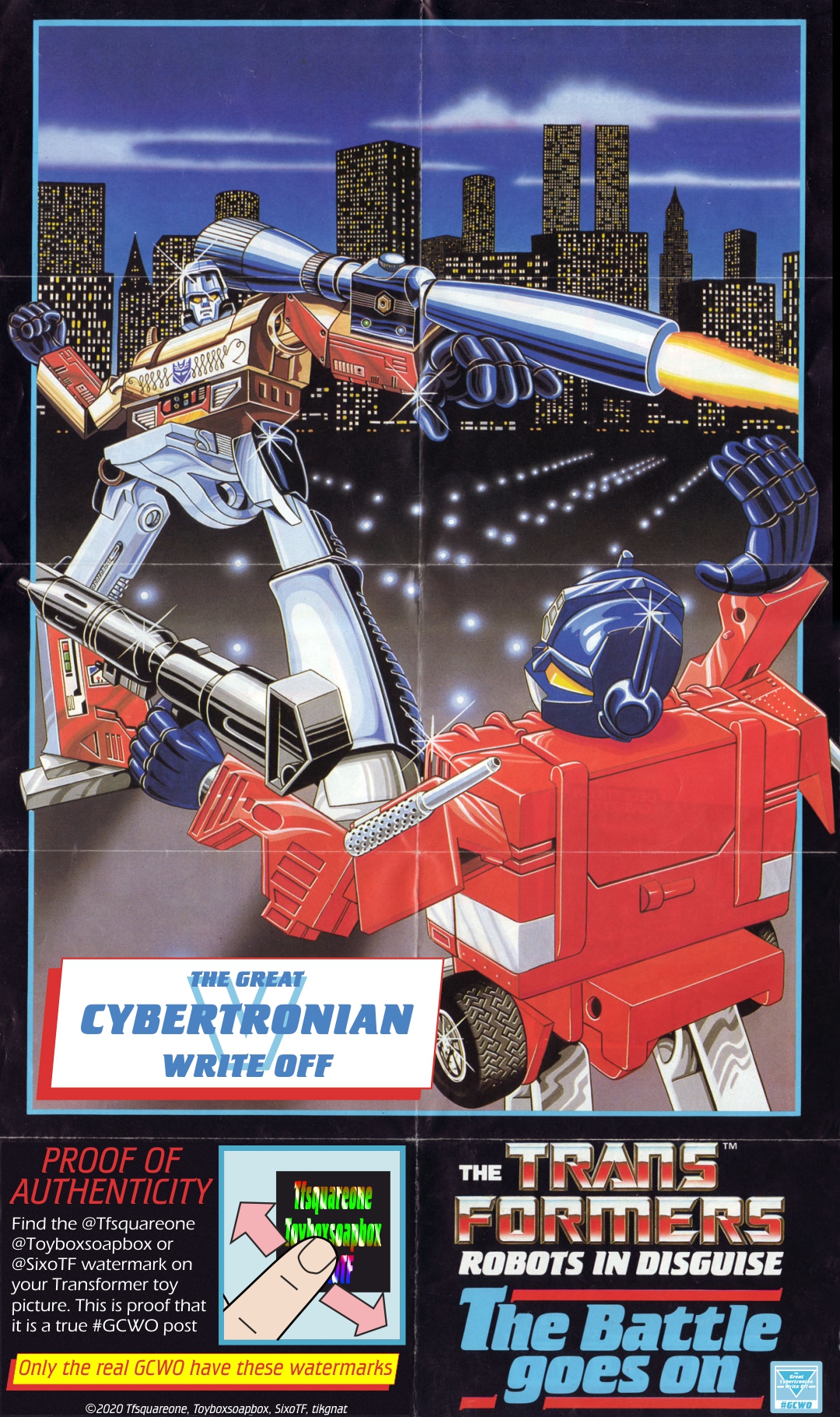 Often included with the G1 Transformers toys, the tiny catalogues acted as miniature posters and were much beloved. Never satisfied with what I had, I’d spend hour after hour absorbing every detail and focusing on them so hard in an effort to telepathically inform Santa that they needed to be on my list for whatever Christmas that Shakin’ Stevens or Cliff Richard were propping up. This is ultimately what the GCWO is all about – nostalgia.

The first piece of bonus content is based on the flyer that was included with the 1985 assortment of UK Transformers toys. It’s an iconic image with Optimus feigning being shot by a GOLD Megatron who is clearly shooting something off to the side. Perhaps Prime’s trying to boost his confidence? Eagle Eye’d Action Men will see some subtle tweaks that Tikgnat made for GCWO purposes.

The next piece is 1984’s catalogue which conveniently happens to be the first year covered by the GCWO. On the reverse you would have found images of that years toys, including a yellow Cliffjumper, the 3 original Seekers listed as the “Strike Planes” and Soundwave standing under the heading of “Cassette Man”. These would all have been tantalising mysteries to the minds of Britain’s children – particularly a young TFSquareone.

At the very bottom of this article you will find more bonus content in the form of a small collection of “deleted scenes”. These are alternate photos that were taken by myself for some of the reviews, but discarded because…whatever.

Now let’s dive back into the nostalgic waters of 1984 for a final time in the GCWO. 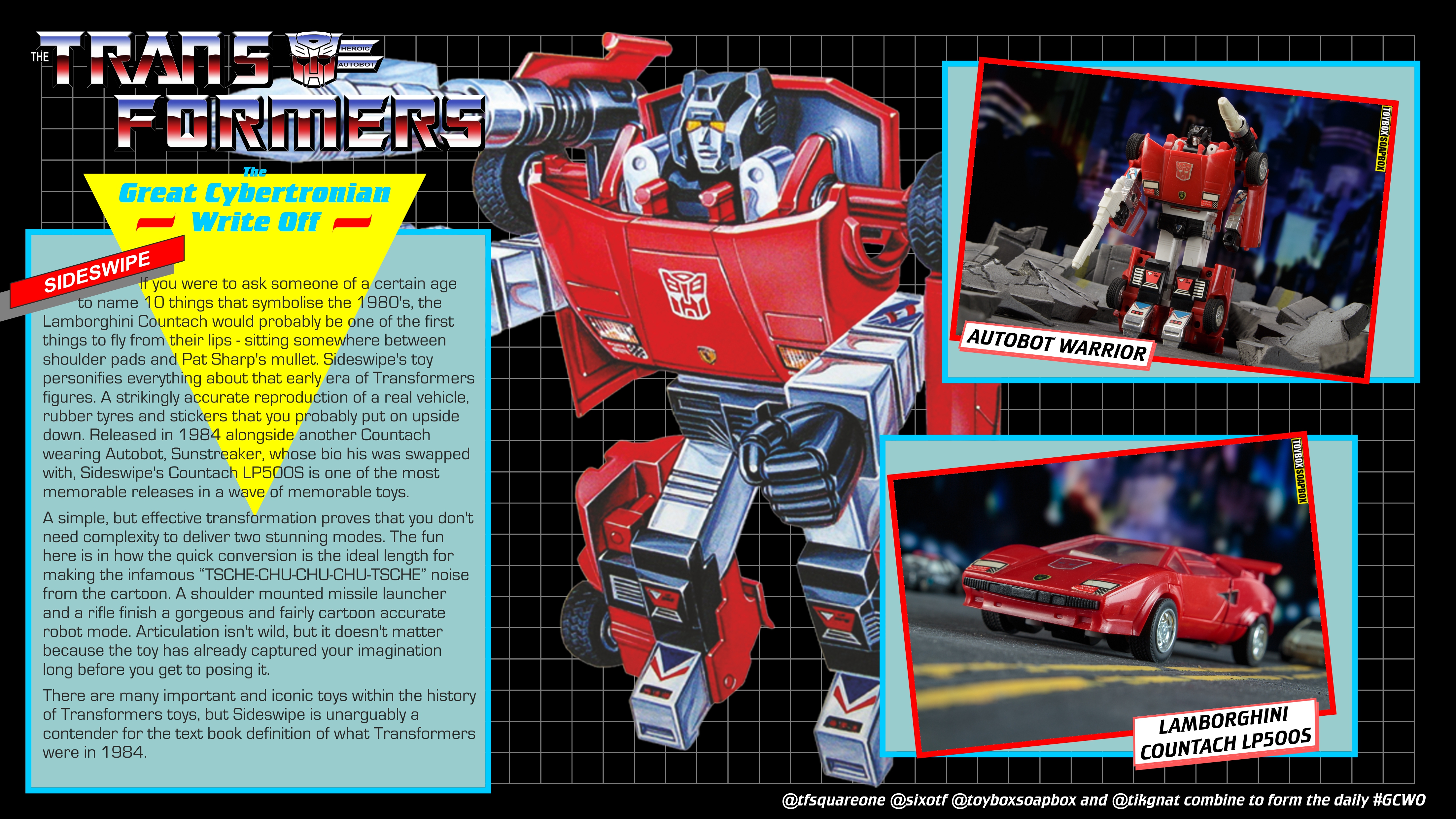 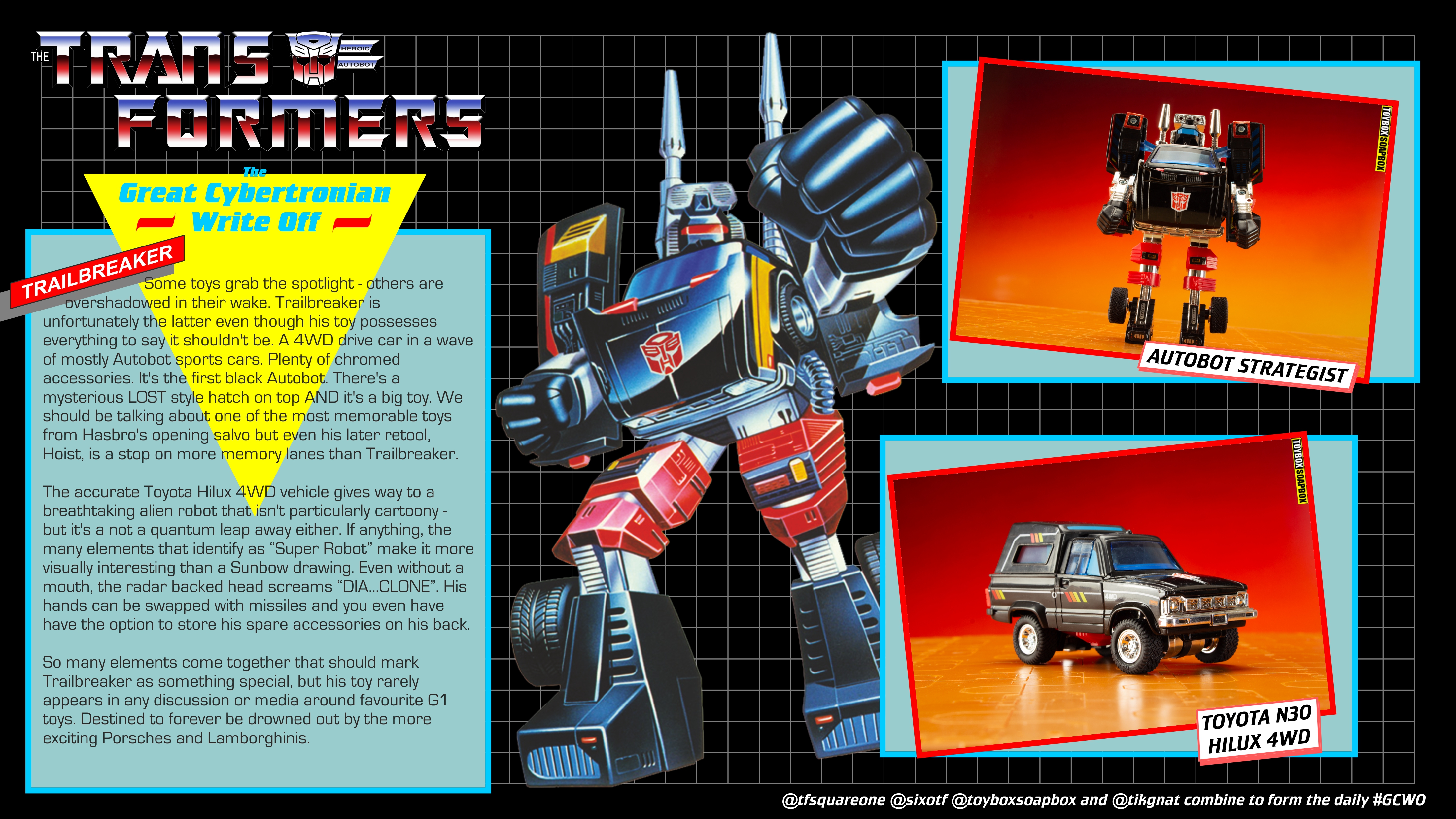 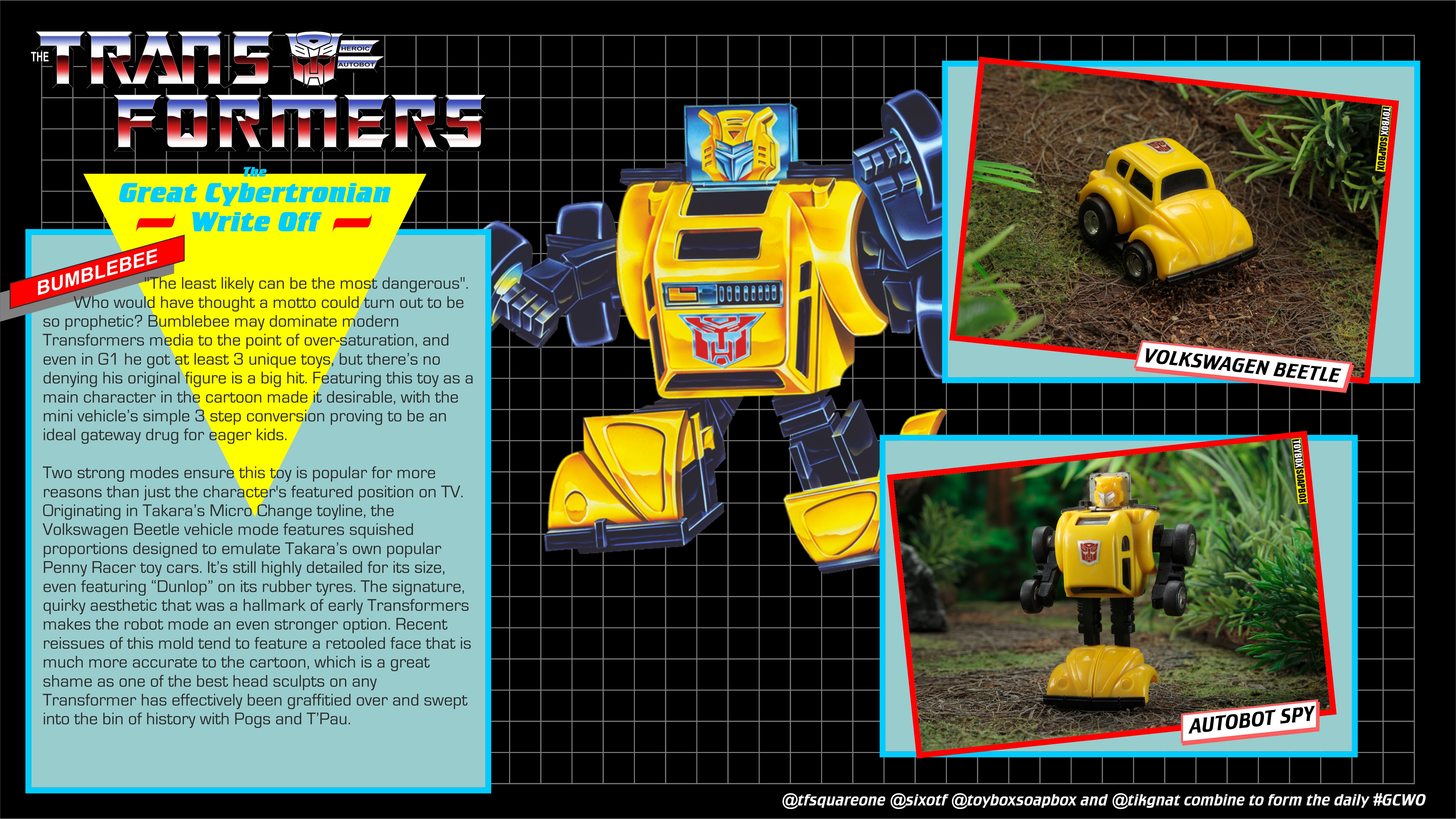 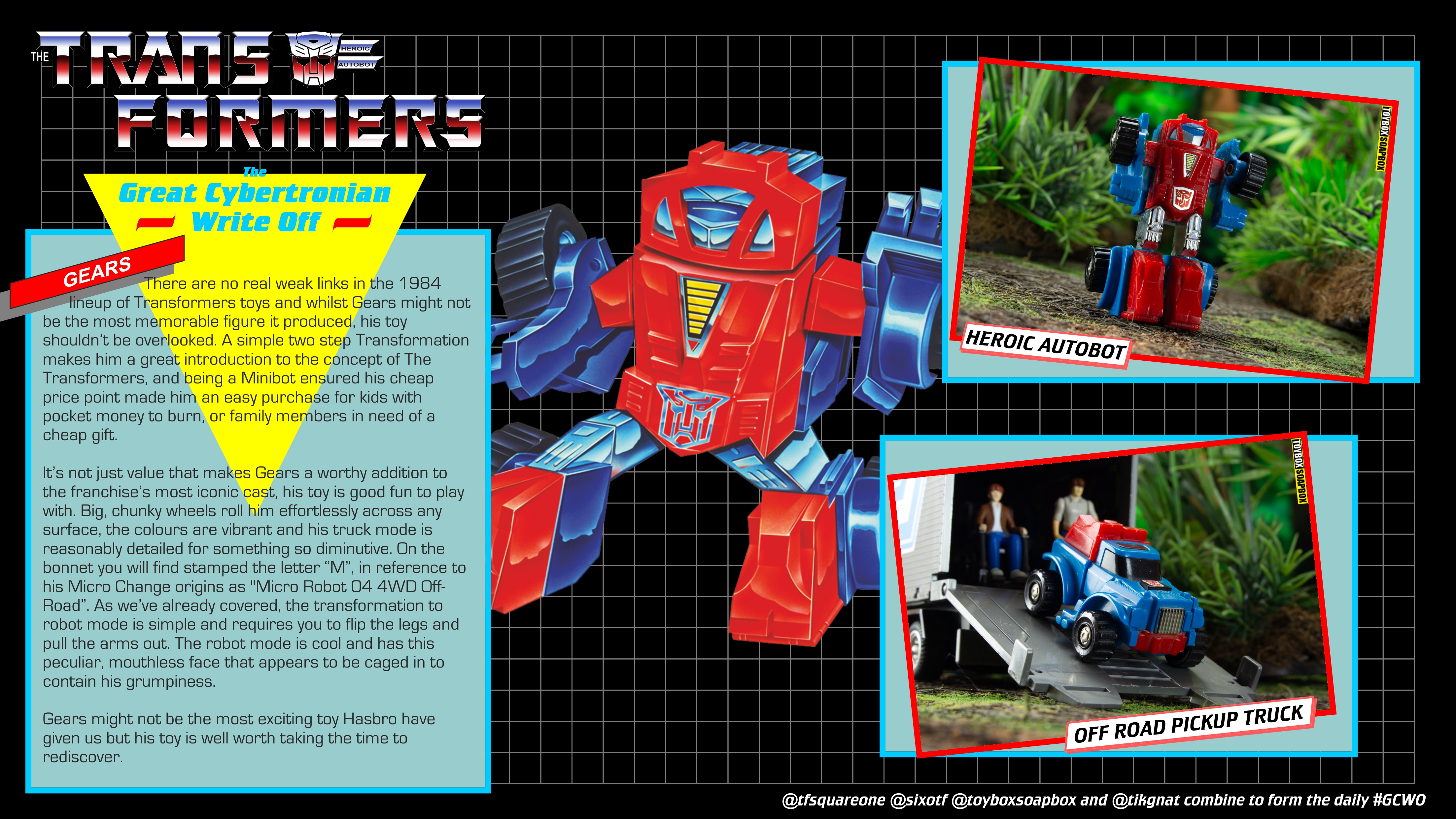 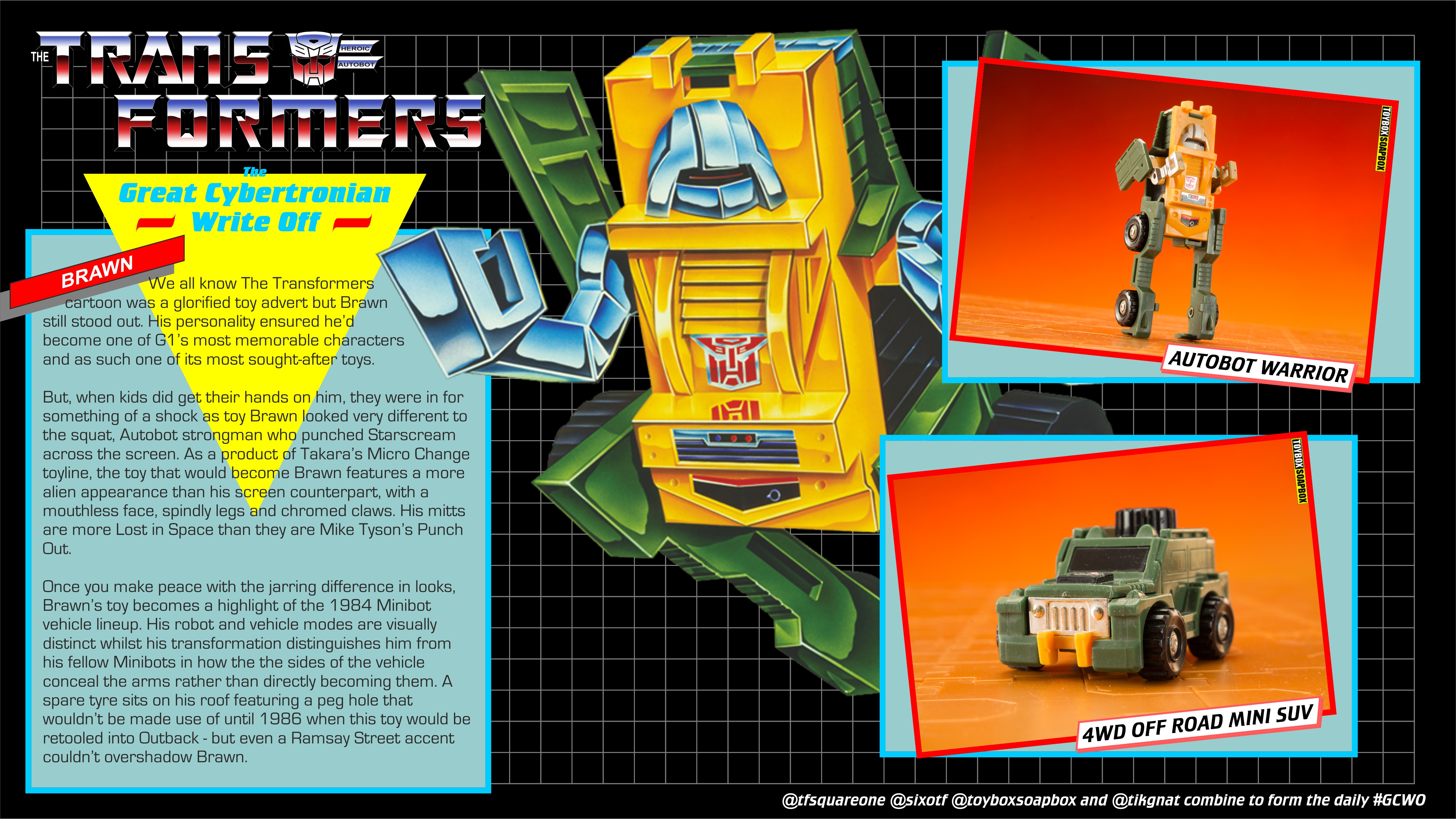 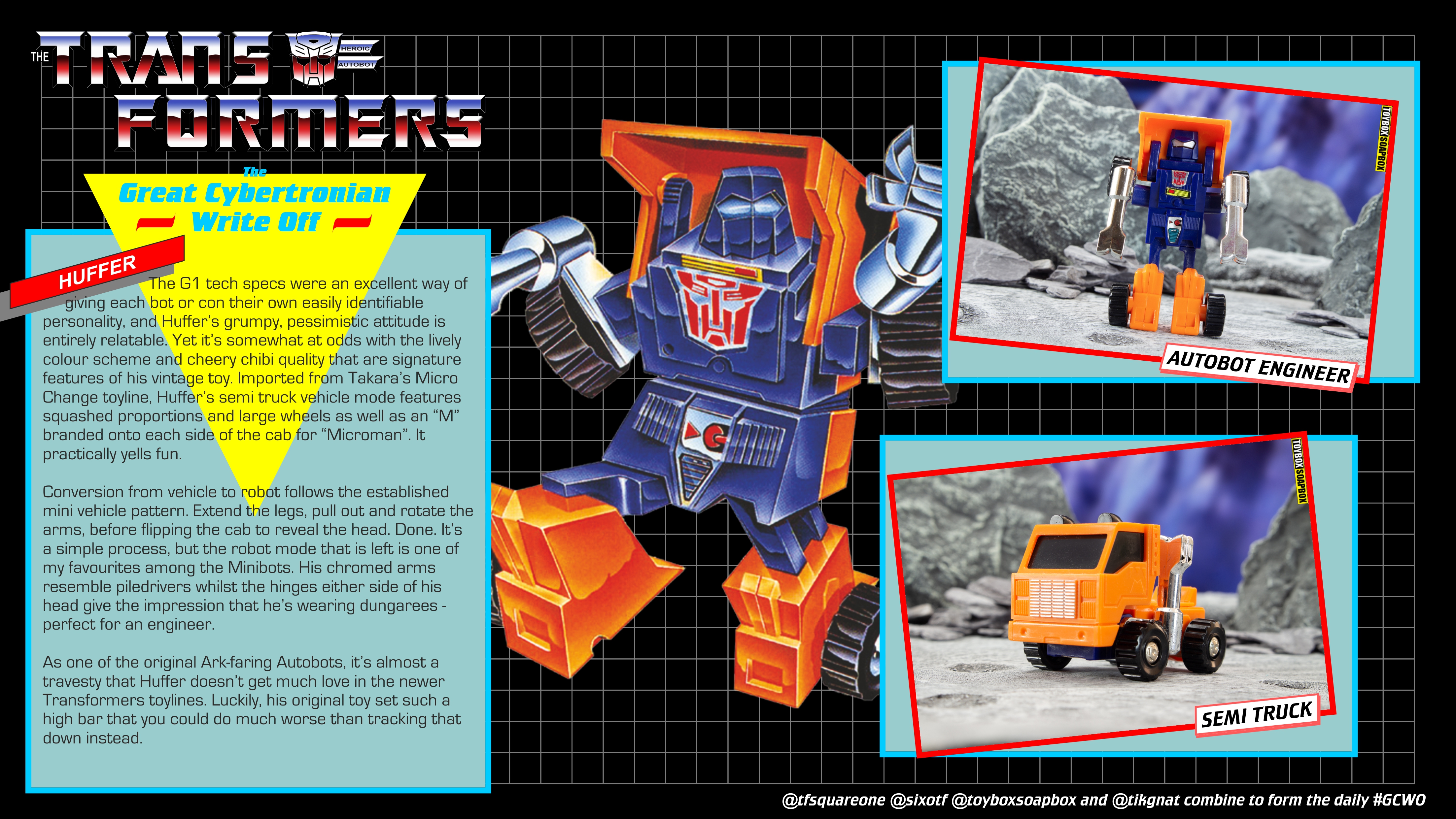 That rounds out the first 4 and a bit weeks of the GCWO. Our odyssey through 1984 may have reached it’s conclusion – but it’s not the end. Not only will the GCWO be returning shortly to cover 1985’s lineup of Heroic Autobot’s and EVILLLLLL Decepticons, but below you can take a gander at some “deleted scenes” from my 1984 entries. 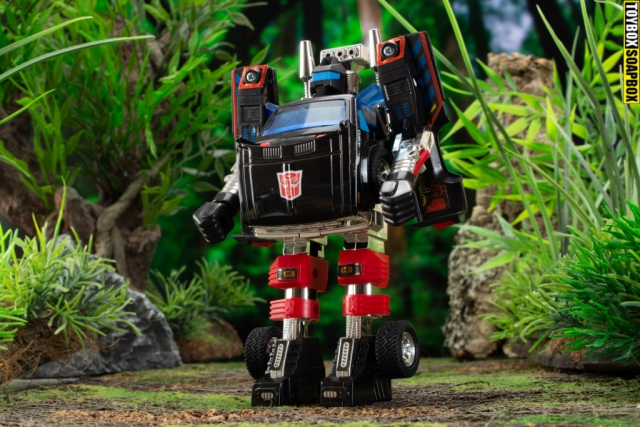 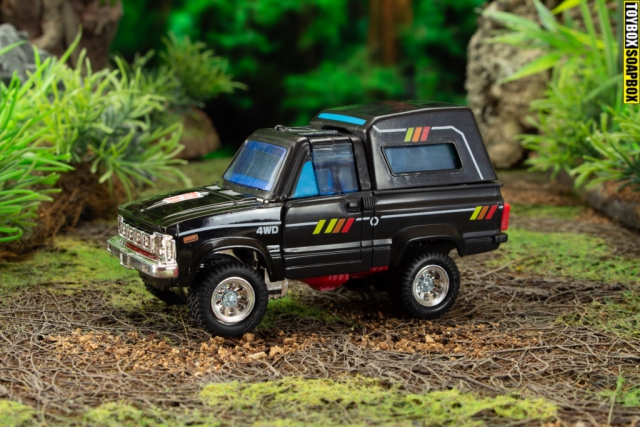 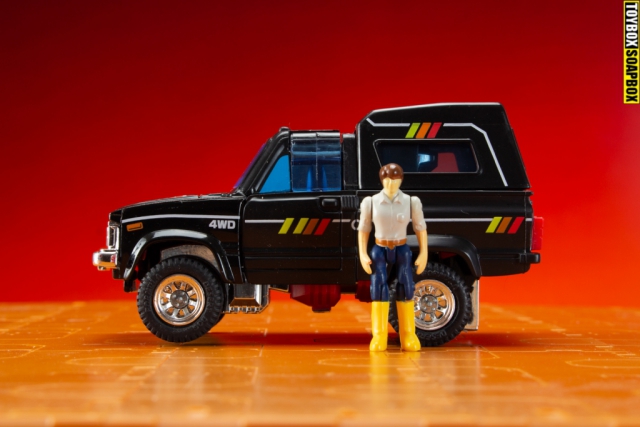 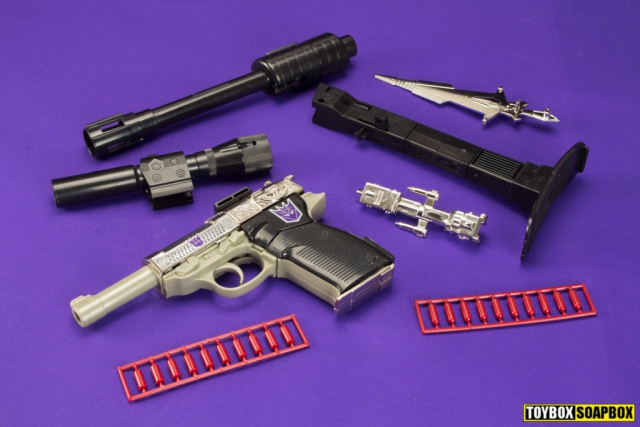 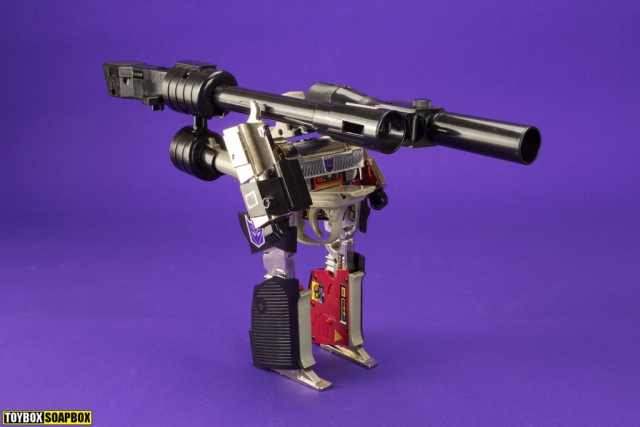 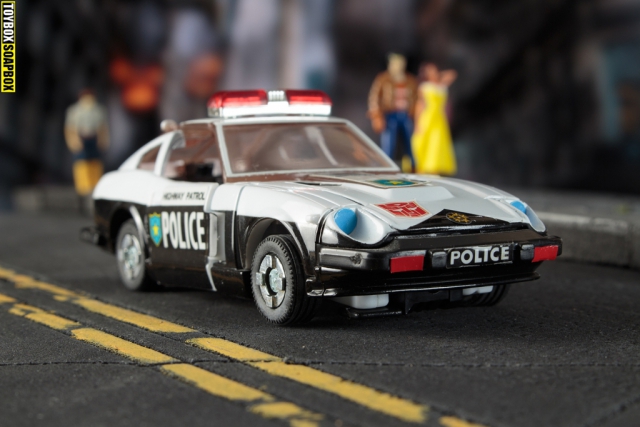 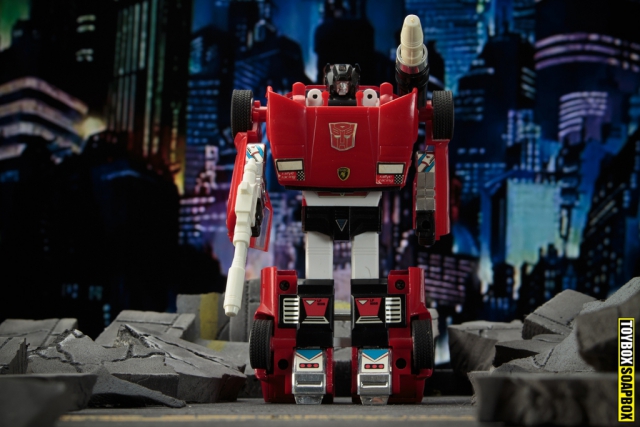 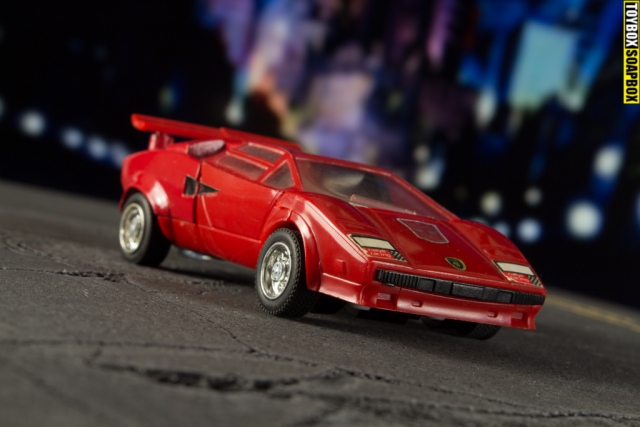 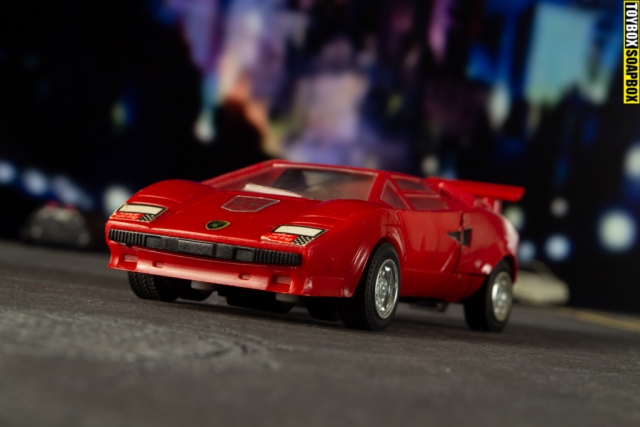 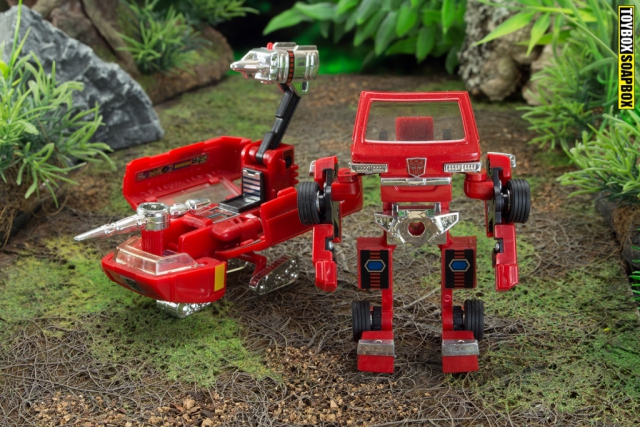 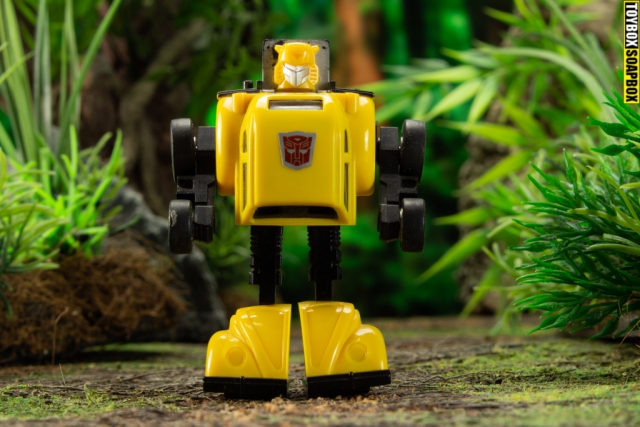 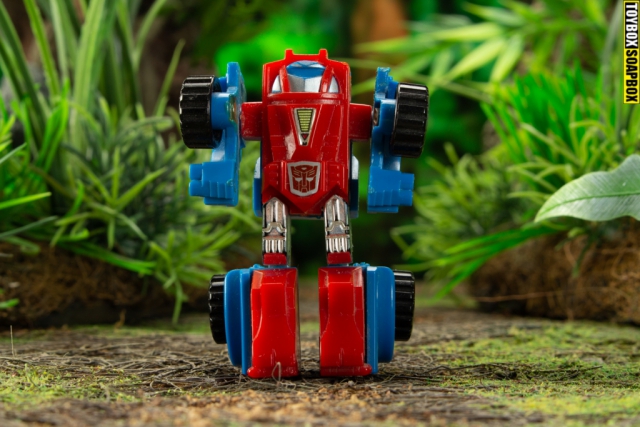 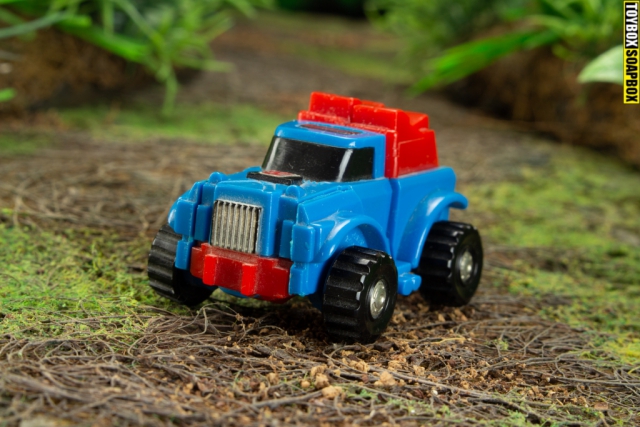 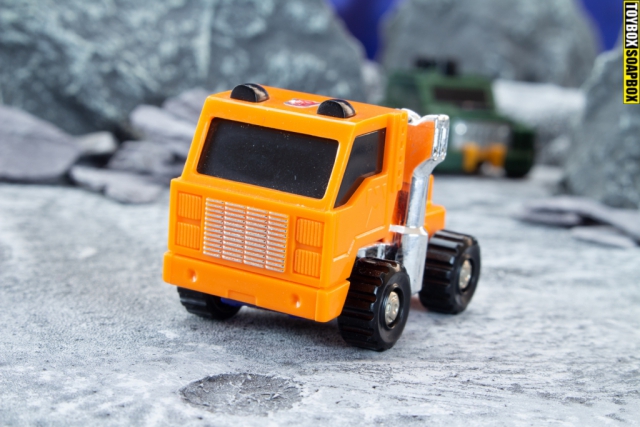 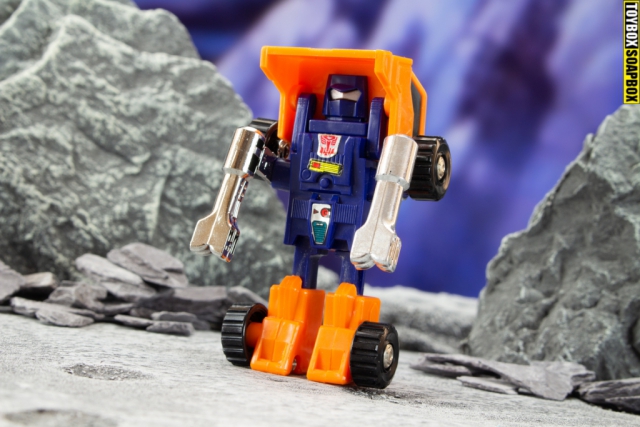 One Reply to “Roundup: The Great Cybertronian Write Off. 1984 Wrap Up”