Every show has that one character who breaks out and takes on a life of their own. When it comes to The Transformers, there is a bot who stands wing tips and shoulder vents above most others – Starscream. Iconic, scheming, treacherous, charming and a half dozen other epithets in between, Starscream’s lust for power was one of the longest running themes of the franchise and helped turn him into one of its most enduring characters. The poor lads dark designs might inevitably be doomed to failure, but he does at least find himself featured in most new iterations of the franchise. Only recently, Siege gave us an excellent new Cybertronian styled voyager Seeker mold that looked suspiciously like something Starbuck had pinched from the deck of the Galactica. With a new Top Gun movie releasing later this year, it was only fitting that Earthrise restore Starscream to his most iconic form, with a G1 inspired toy that is perfectly suited to swooshing to the sounds of Kenny Loggins.

Thanks to the fine folks over at Kapow Toys I got to take a bunch of pictures of Starscream and create a gallery which you can find below. You can find all of the Earthrise toys on their site, and grab your own Starscream right now by clicking here: Earthrise Voyager Starscream. 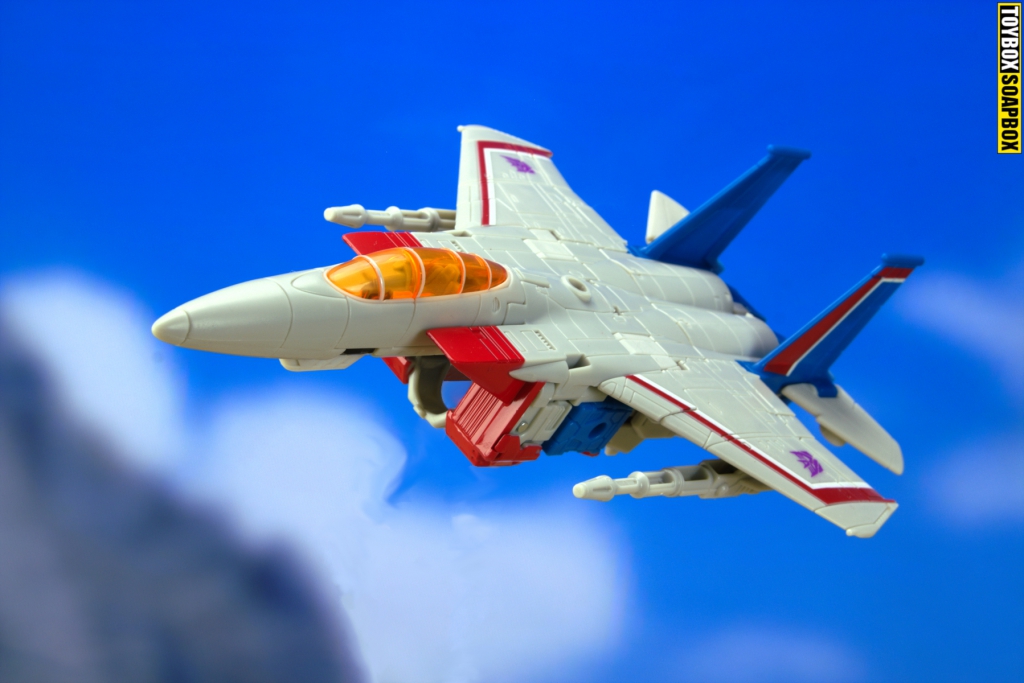 “Highway to the danger zoneeeeeee……” 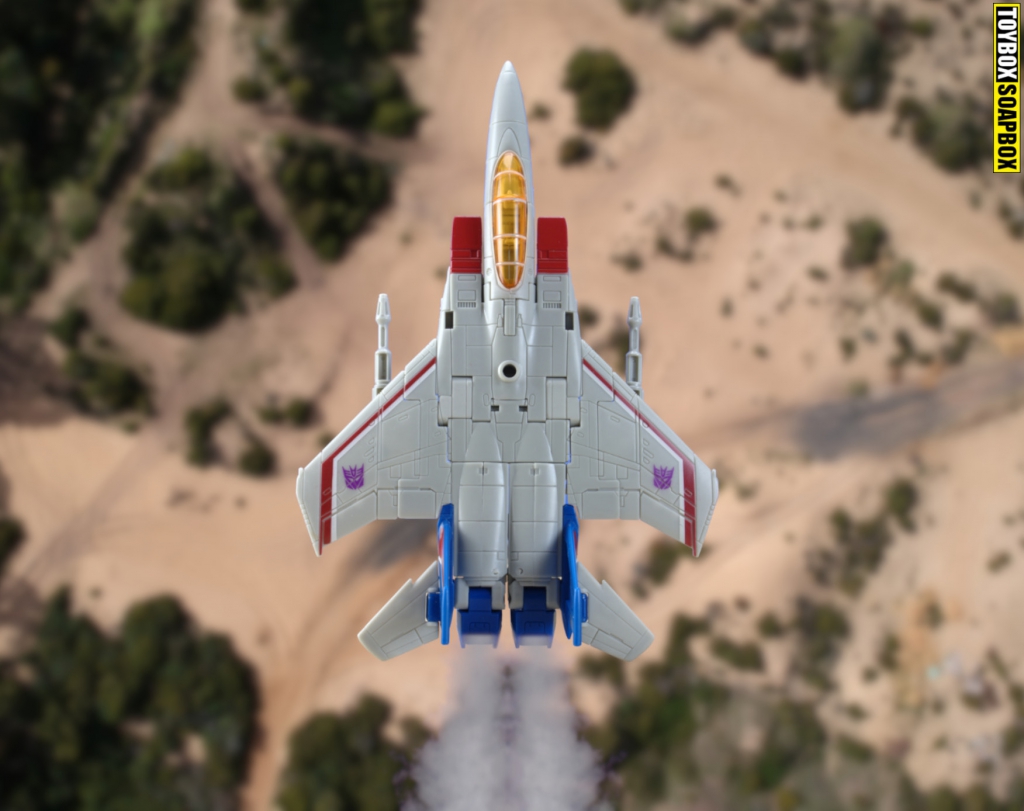 “New job Megatron said. Soar to new heights and look down on others from a lofty position he said. Google Maps was NOT what I had in mind!” 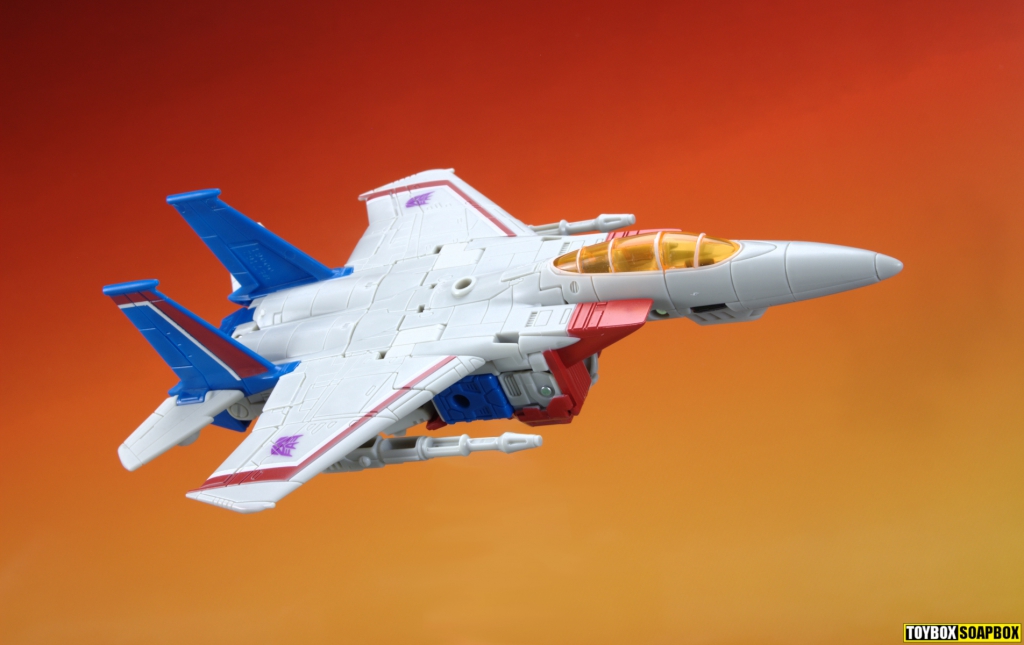 “I wonder if I can get in that new Top Gun movie? Is Thundercracker writing it?” 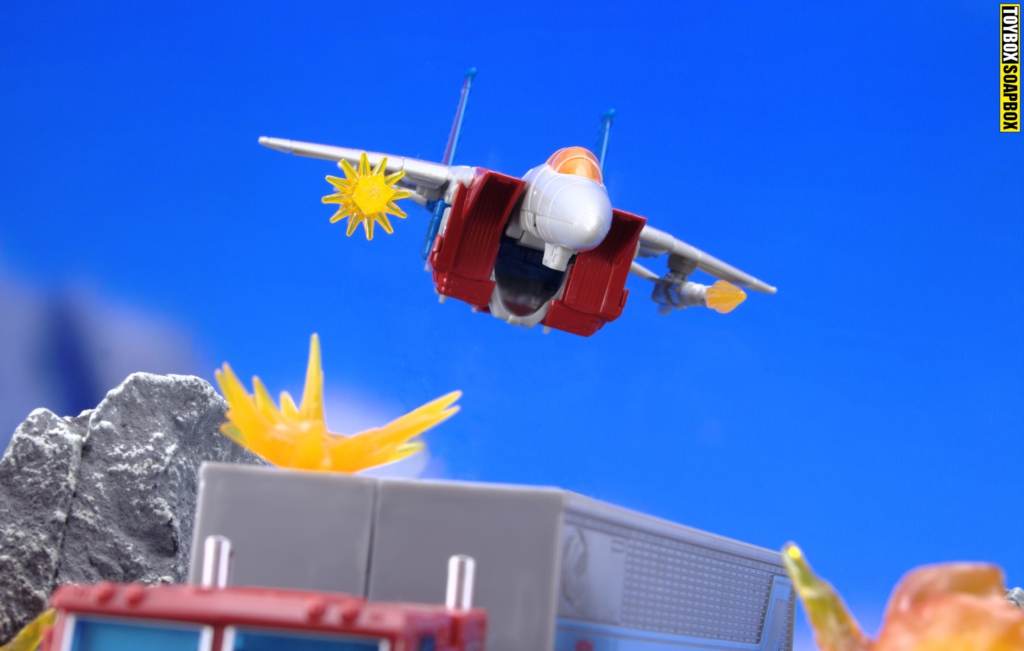 “All the danger you can handle is already here, Floptimus Prime!” 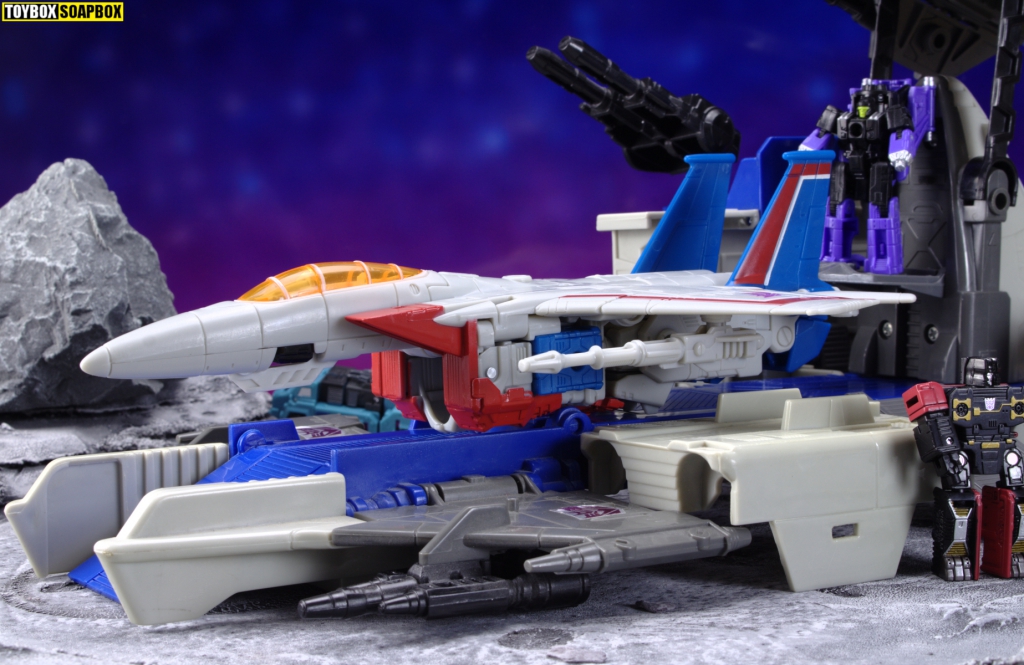 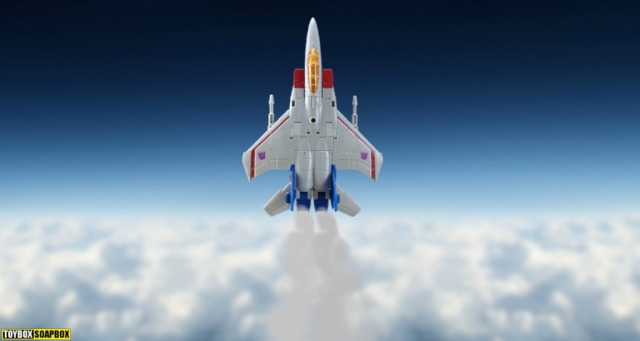 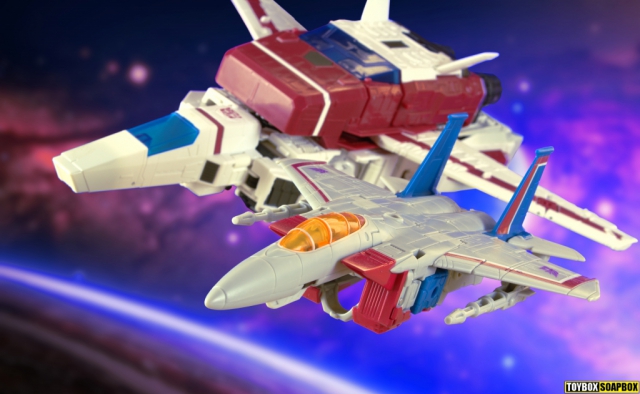 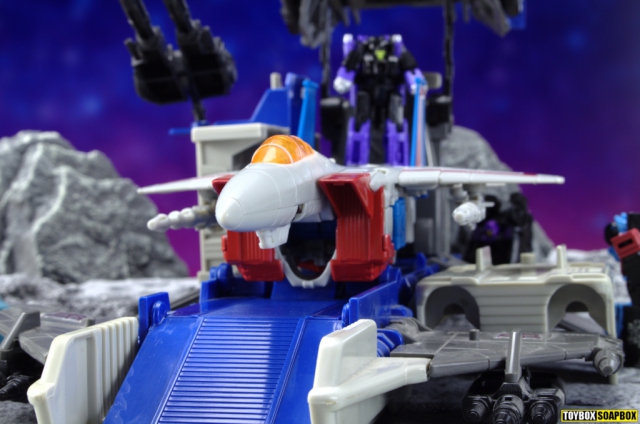 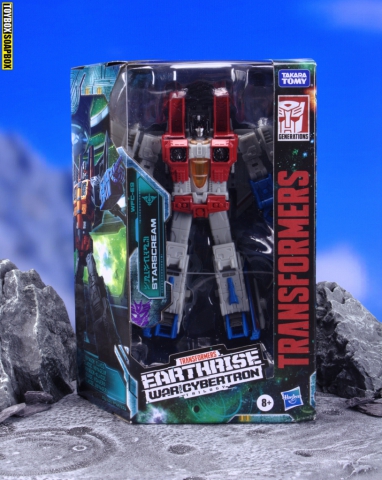 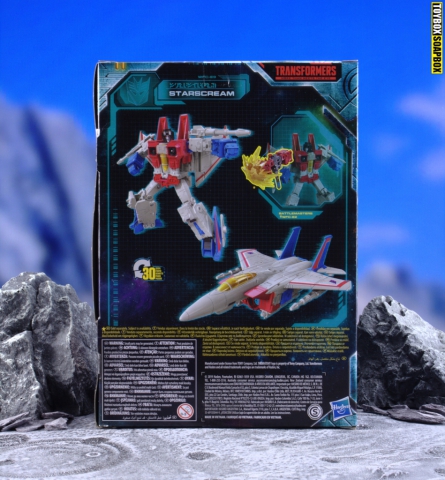 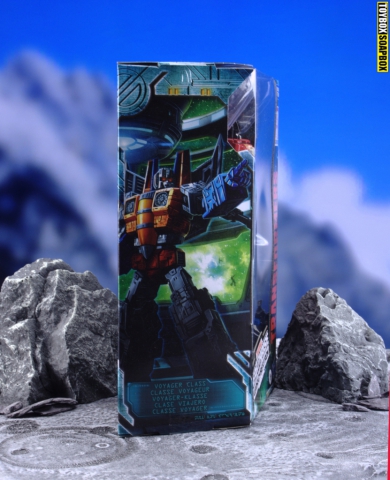 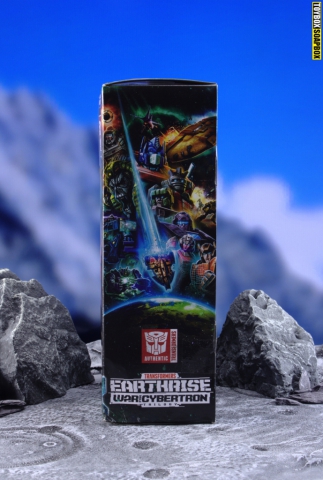 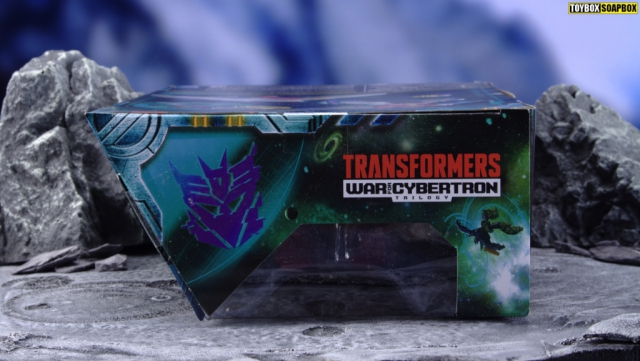 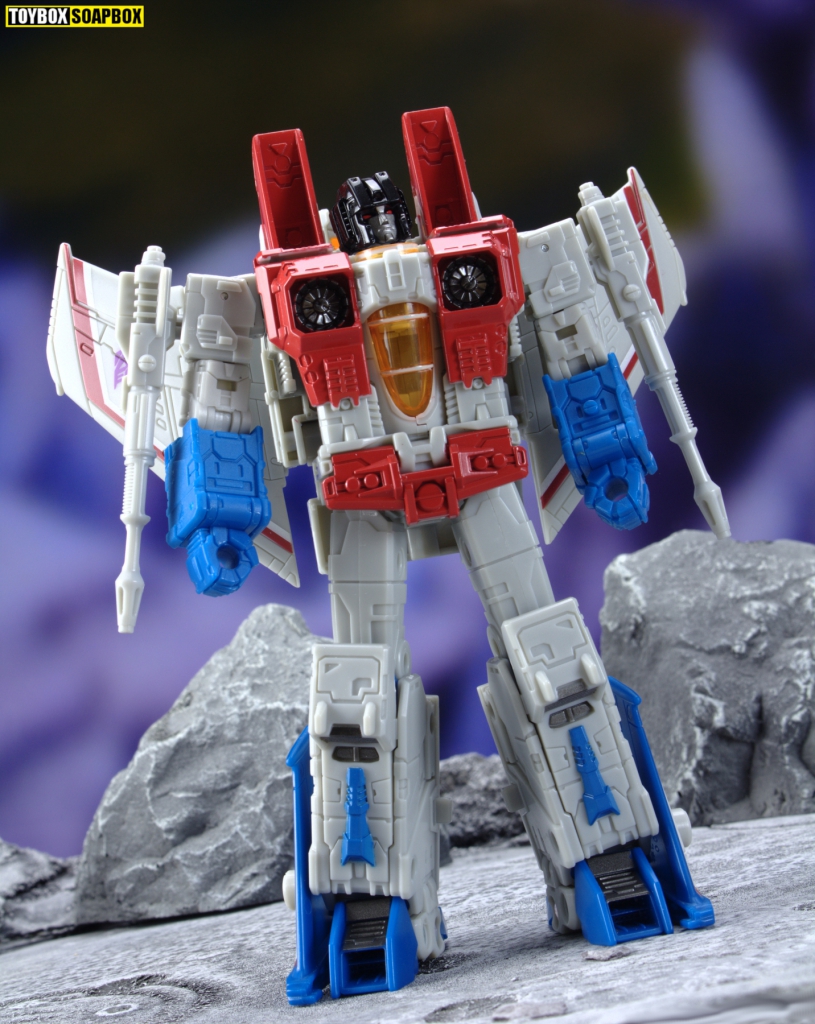 “Conquest is made of the ashes of one’s enemies.” 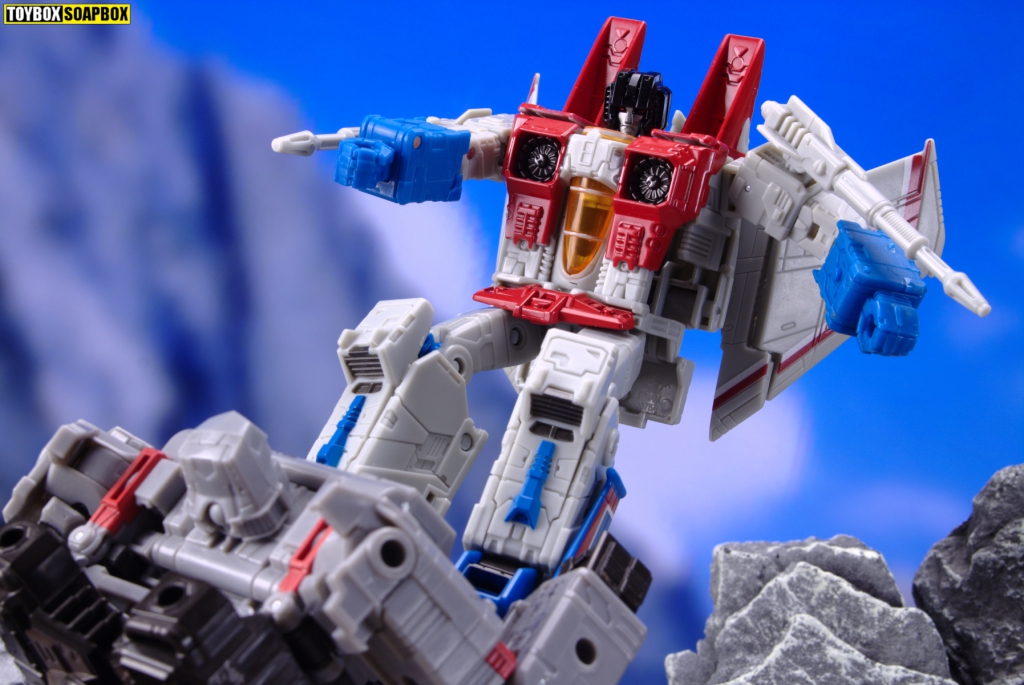 “Hey Megatron, you didn’t reply to Whatsapp – so I thought I’d just…. drop in!” 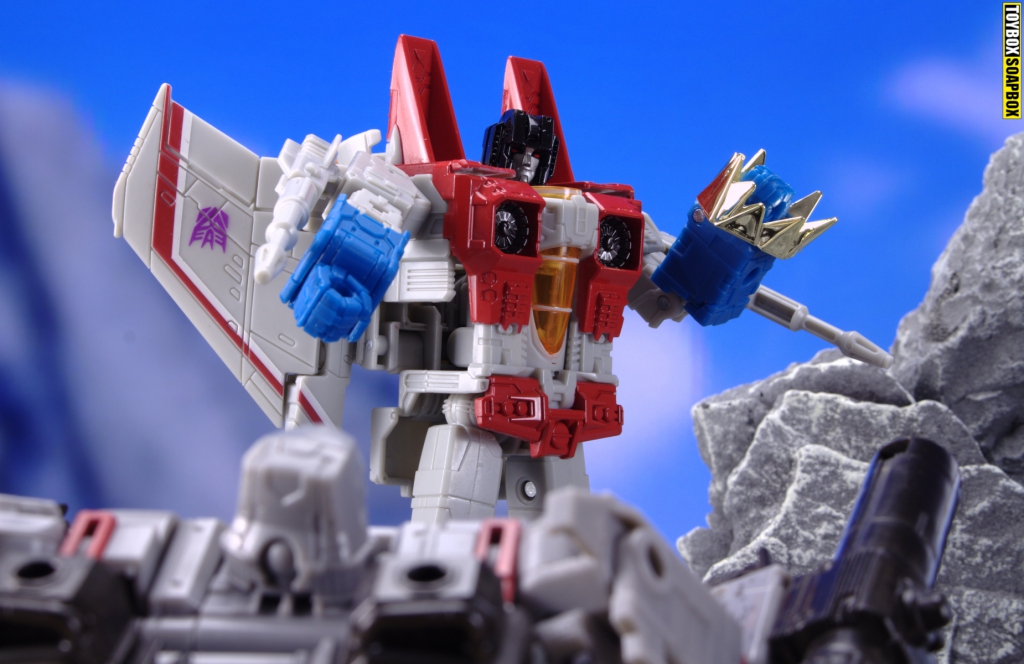 “Alas, poor Megatron! I knew him, Astrotrain: a fellow of infinite jest, of most excellent fancy: he hath borne me on his back a thousand times…” 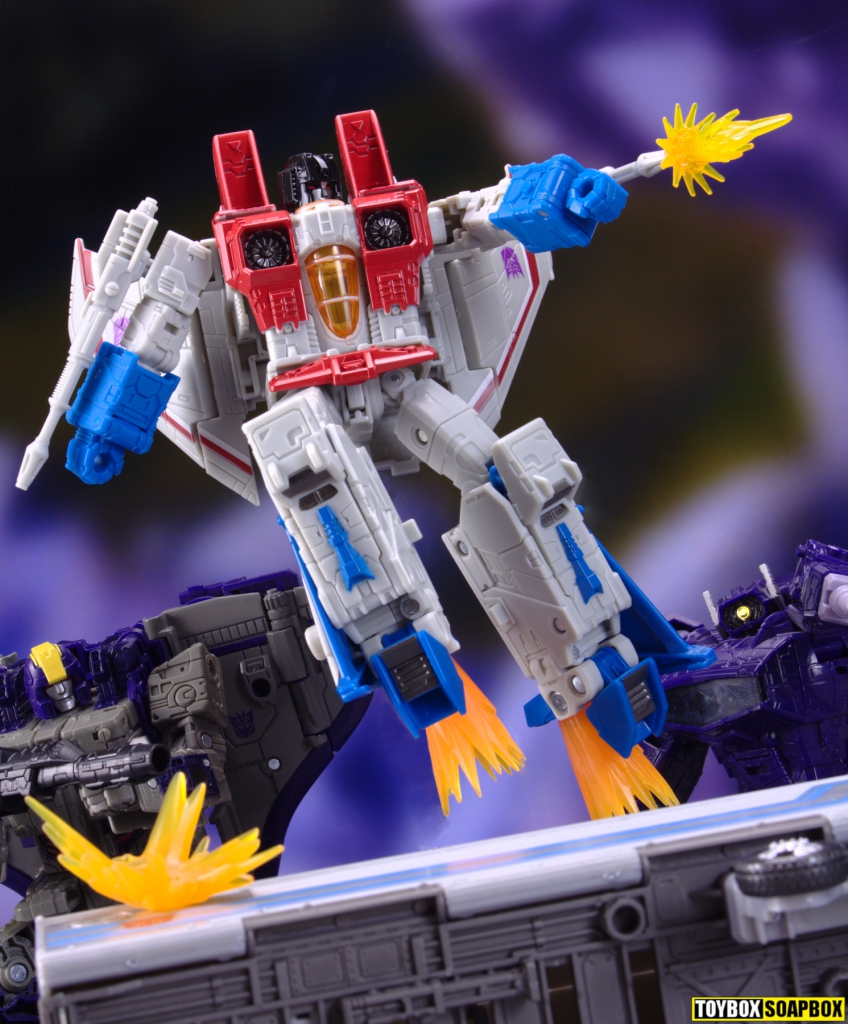 “Yes Astrotrain, your light up LA Gear trainers are cool – BUT CAN THEY DO THIS?” 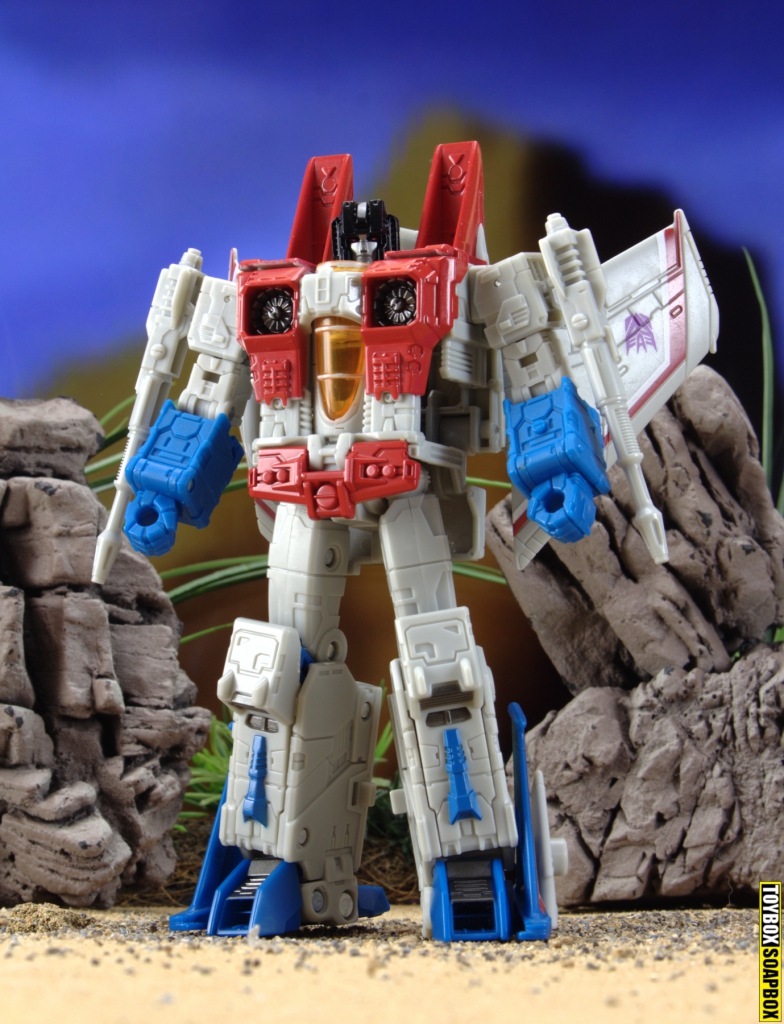 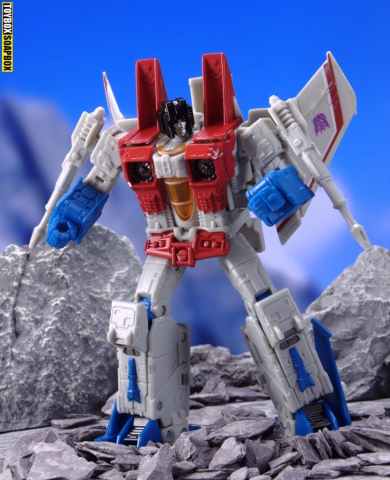 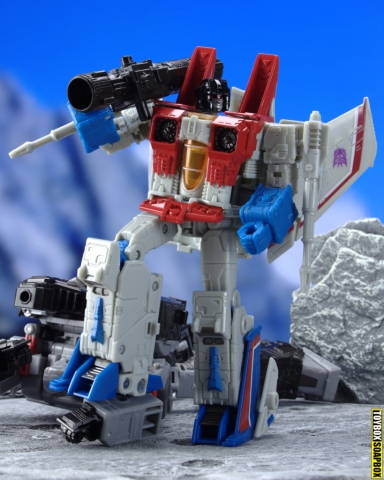 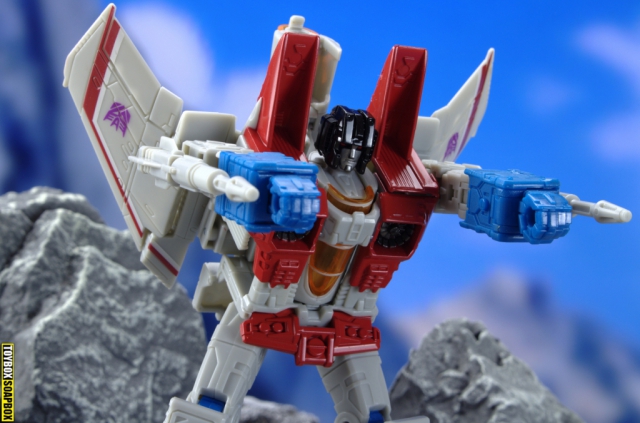 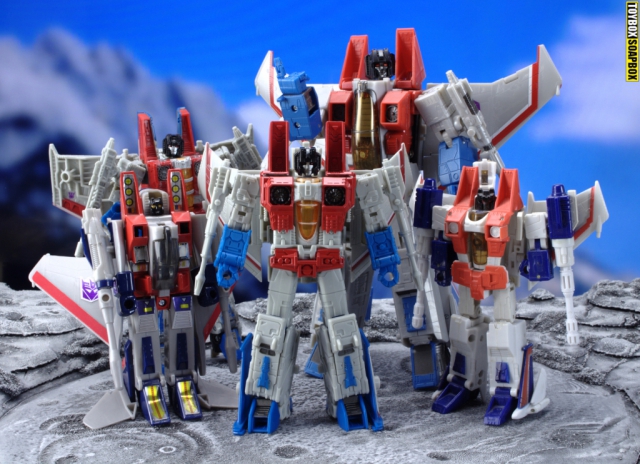 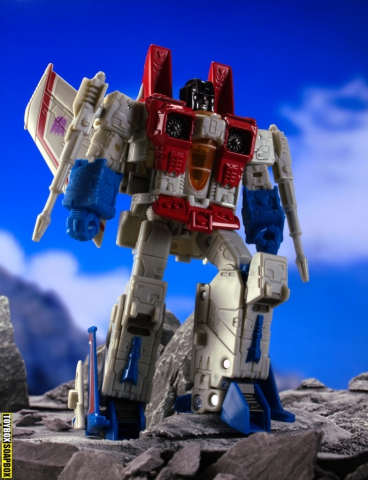 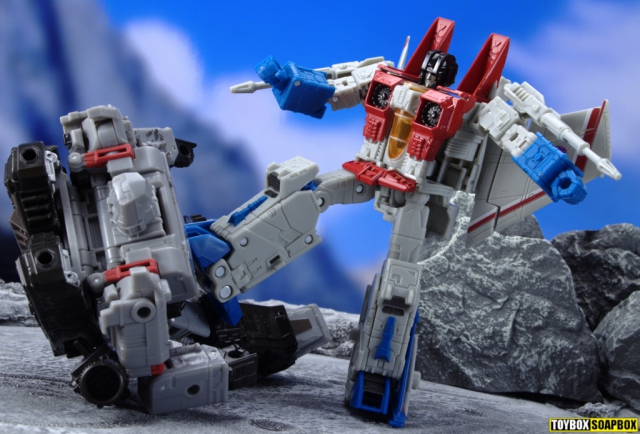 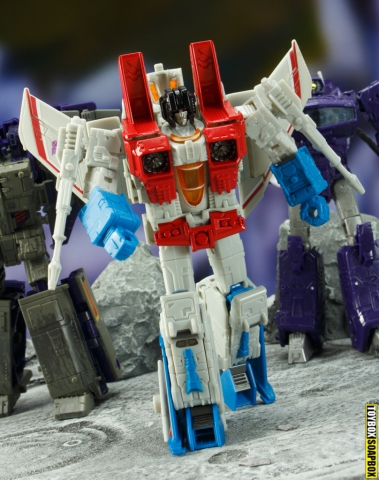 Thanks again to Kapow Toys for sending Starscream over to be photographed for this gallery. You can check out their fantastic selection of toys by visiting their website, where you’ll find Transformers, Star Wars, Diaclone, DC, Marvel, Masters of the Universe, TMNT and much, much more. Check them out here: Take me to the toys!