We all agree that exclusives are frustrating and that Hasbro’s 2020 habit of kicking some pretty heavyweight characters out in limited quantities via equally restrictive channels, depending on where you happen to be located in the world, is about as welcome as another Ridley Scott Alien prequel. But at the same time at least we can find some togetherness in screaming at Amazon customer service until they find a box that slipped under a pallet of Hulk Hogan Thunder Mixer’s or something.

Usually, this would be an annoyance with some grumbling and comical tweeting of “Hasblo” by someone who claims a Powerdasher really is their favourite character, but in this case releasing so many top tier characters in this manner is legitimately berserker barrage invoking. Two such toys appeared in the Amazon exclusive Autobot Alliance 2 pack that is the subject of today’s gallery. Prowl and Ironhide are about as iconic Transformers characters as you can get without their surnames ending in Prime, but their release was slightly controversial in being ‘Earth mode’ retools of toys that were only released the year before as part of ‘Siege’. This doesn’t bother me personally as I am the kind of manchild that is more than happy to have Earth and Cybertronian versions of characters exist – especially when they are this good.

Don’t believe me? Scroll down to see the images and judge for yourself. 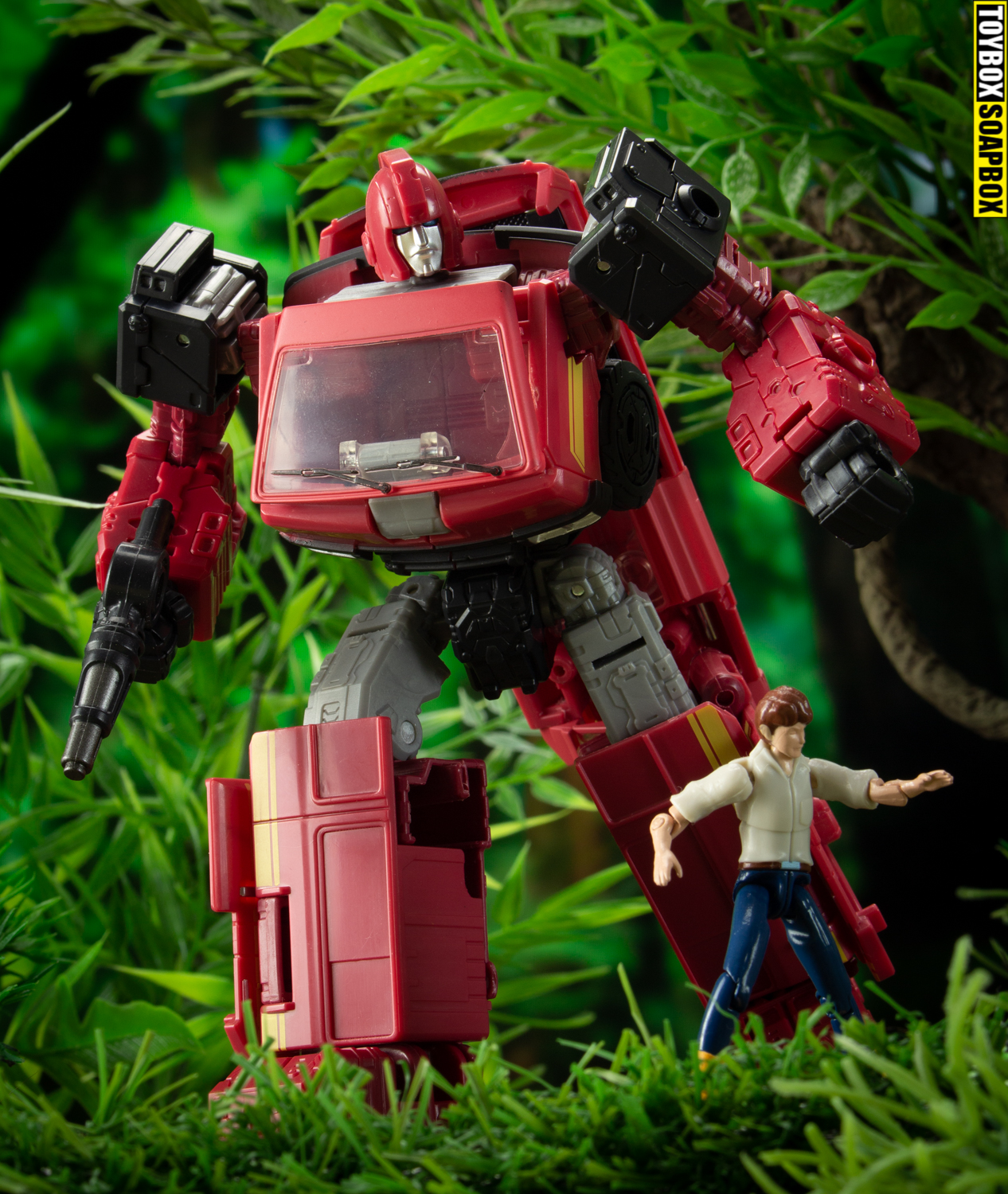 “I’m tellin’ ya Ironhide! That bear who stole our picnic basket went this way!” 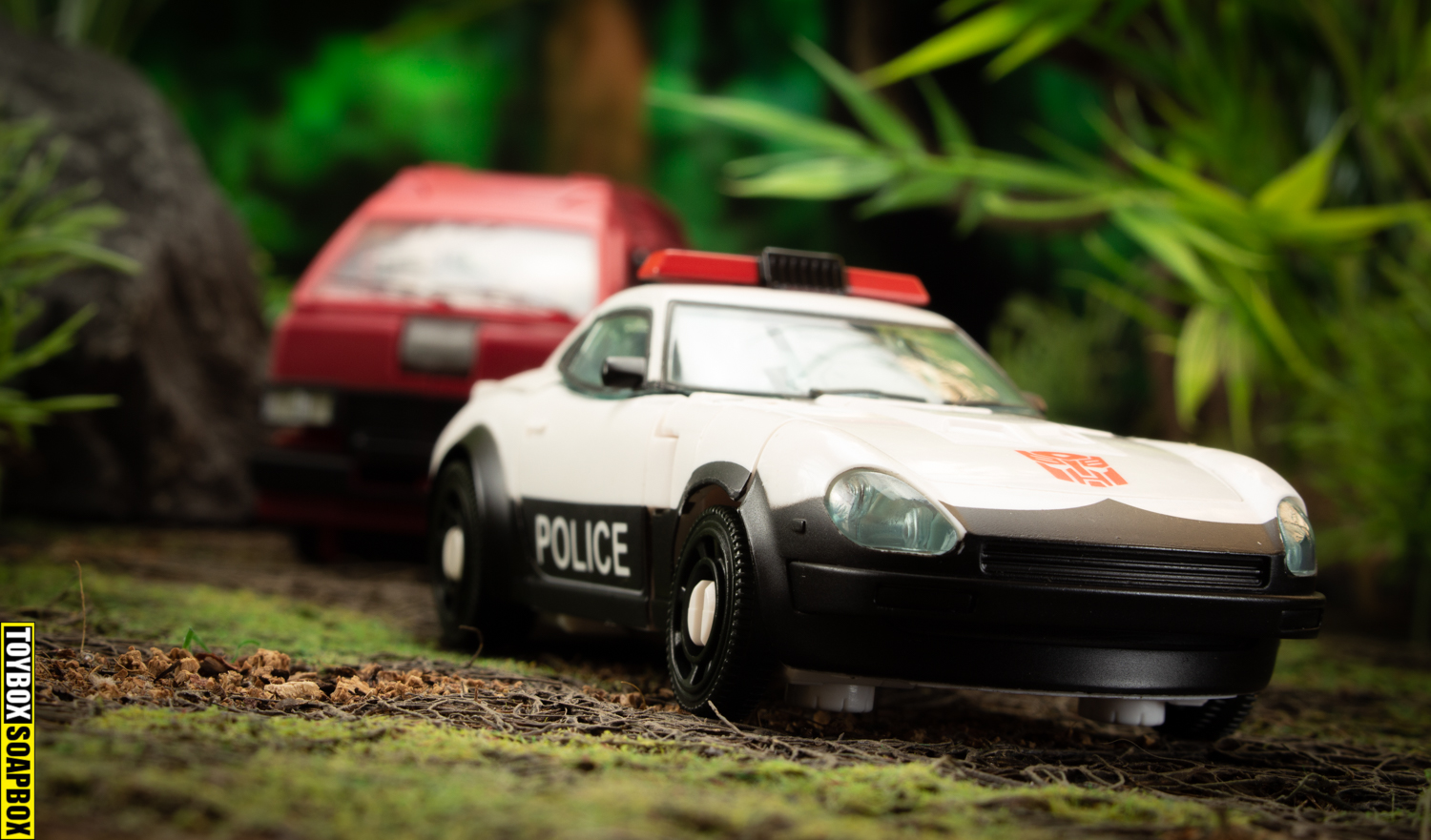 “So, I was telling Brawn earlier. Next week we should all catch the shuttle back from Moonbase 1 together. Maybe ask Ratchet too if Amazon deliver him in time.” 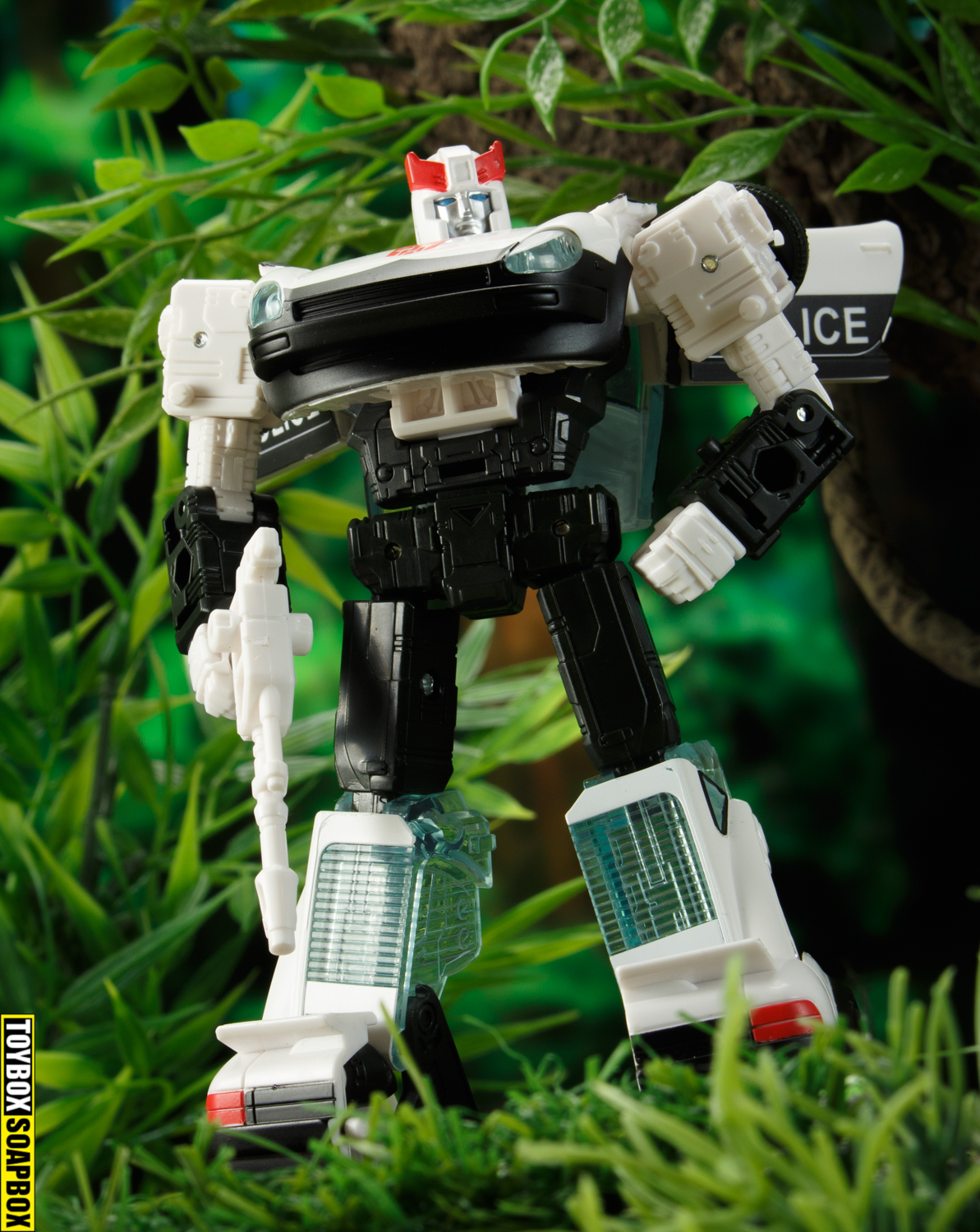 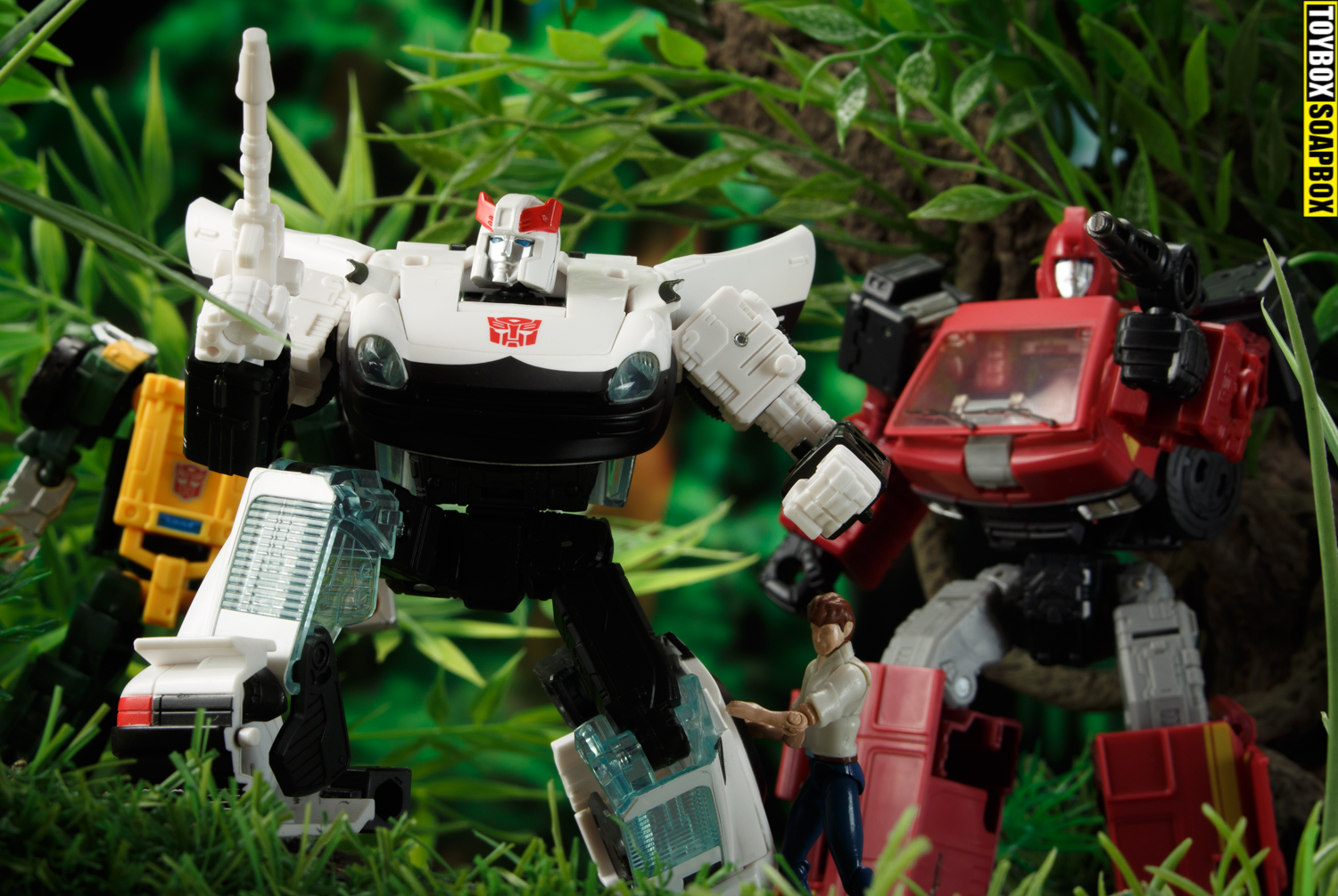 “Quiet. We don’t want to spook this ‘Yogi Bear’ perp.” 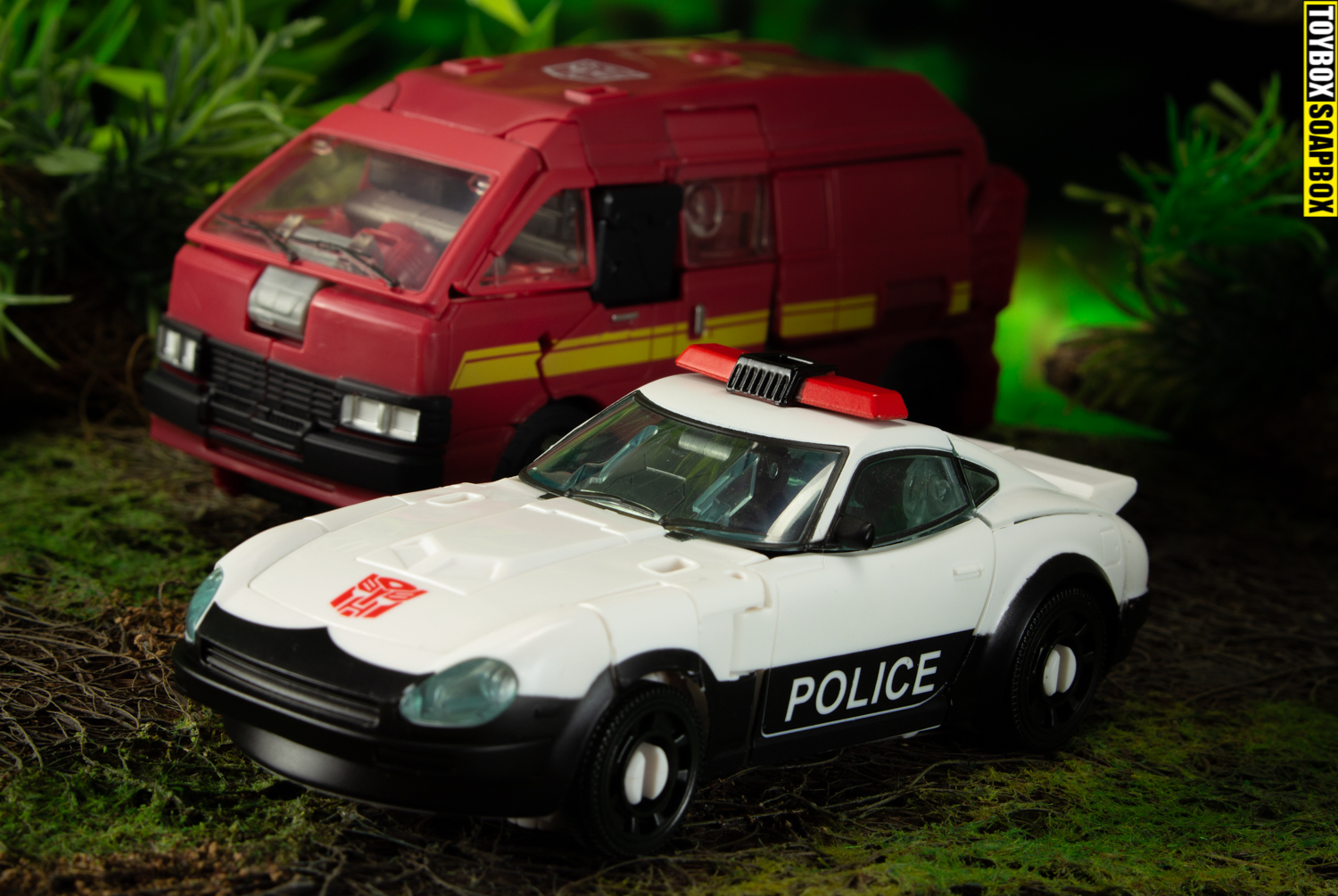 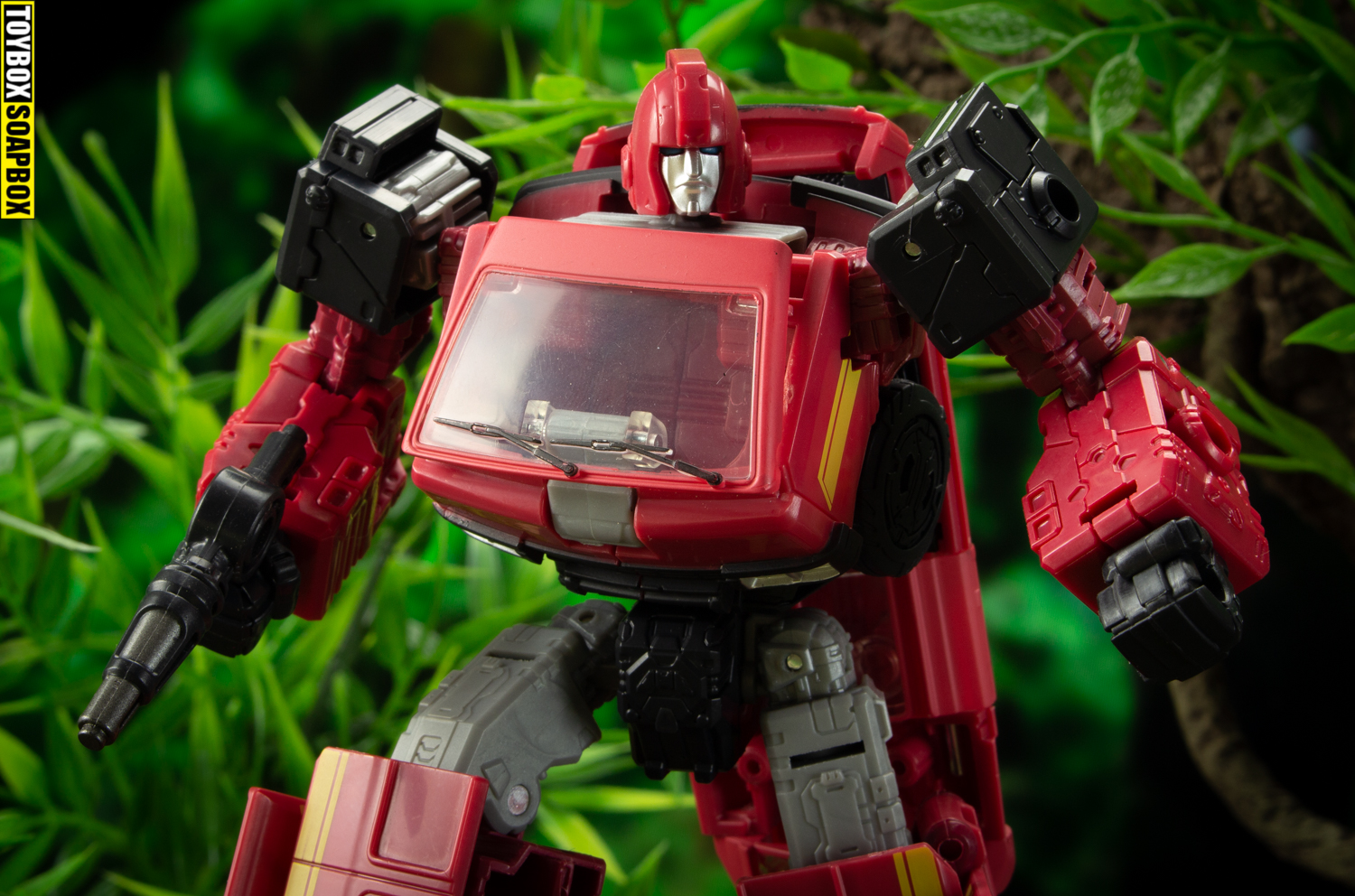 “High-tech circuitry is no replacement for guts.” 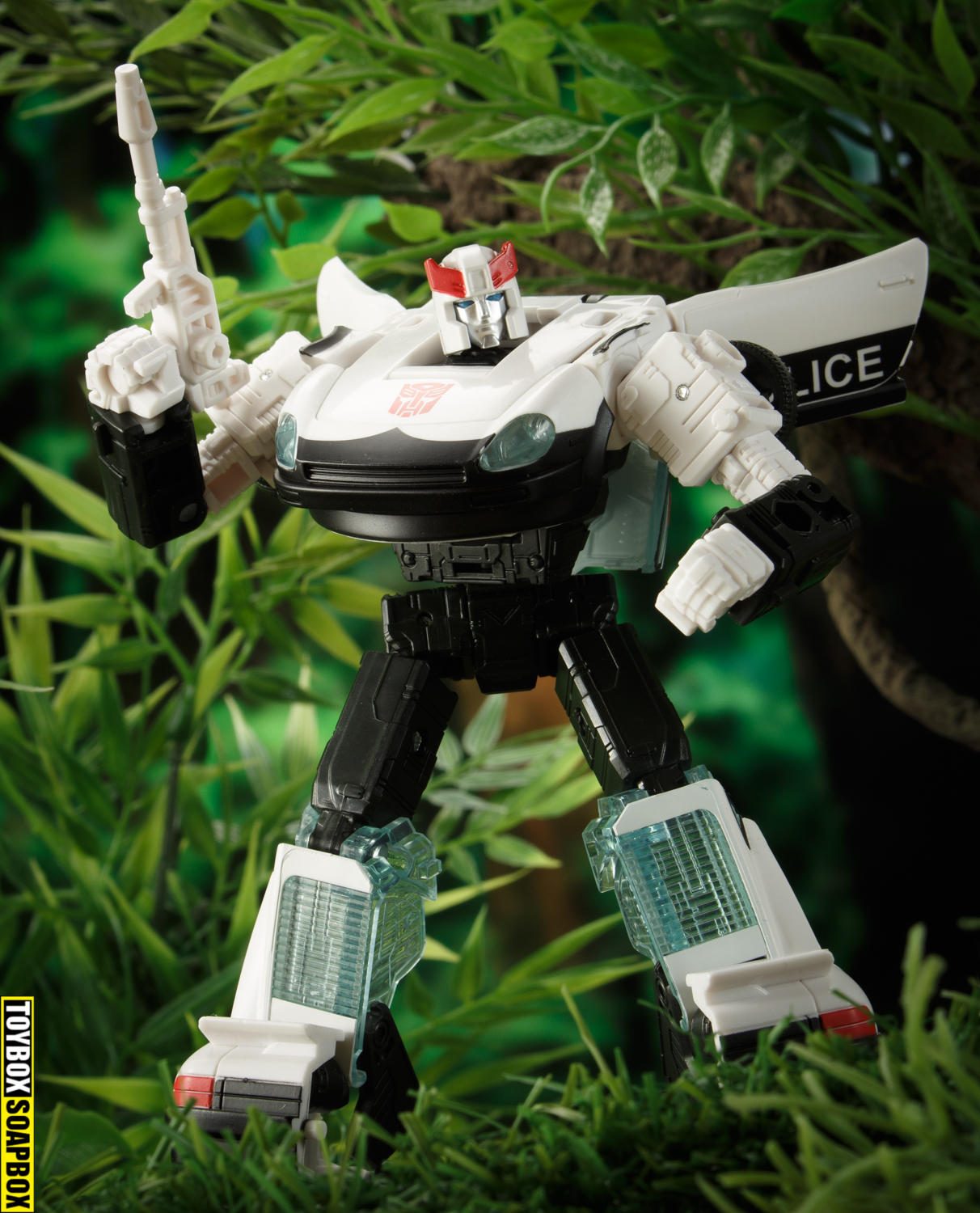 “Logic is the ultimate weapon. Not ‘illusion’, regardless of what that maniac at Boulder Hill says.” 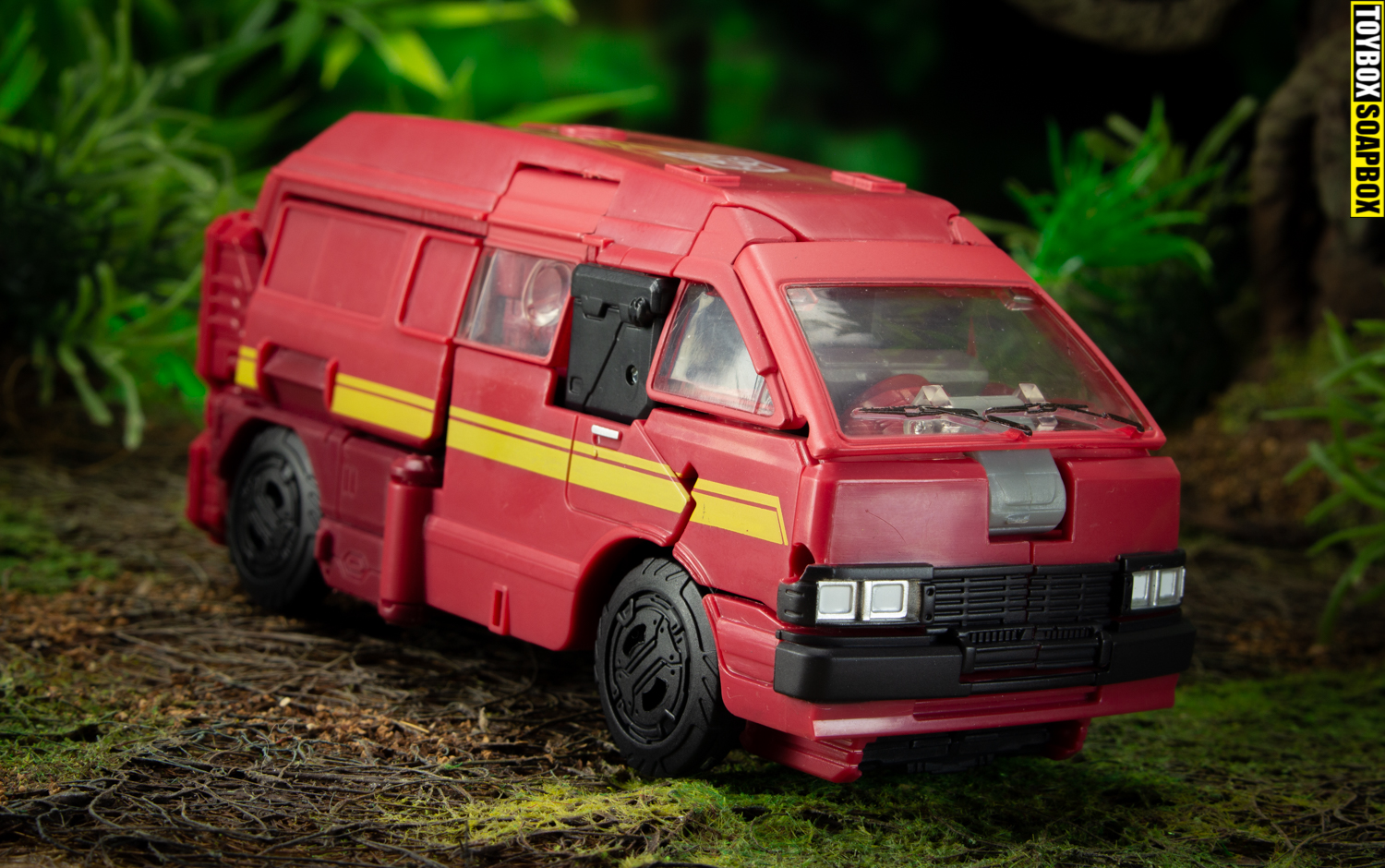 The van your mates dad who used to run the local fruit and veg shop used to own in the ’80s. 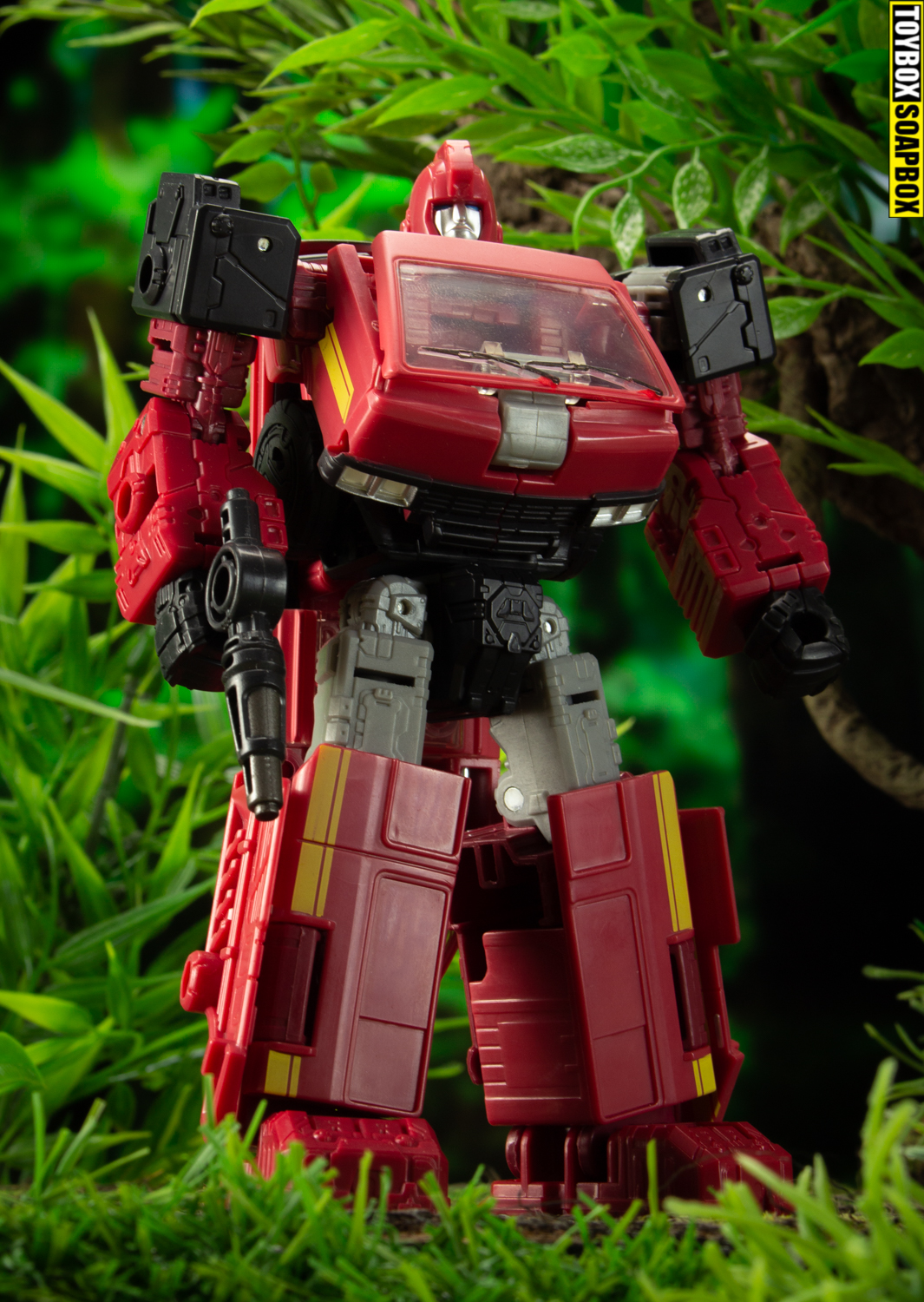 “Stop talking, tighten your shock absorbers, and let’s move out!” 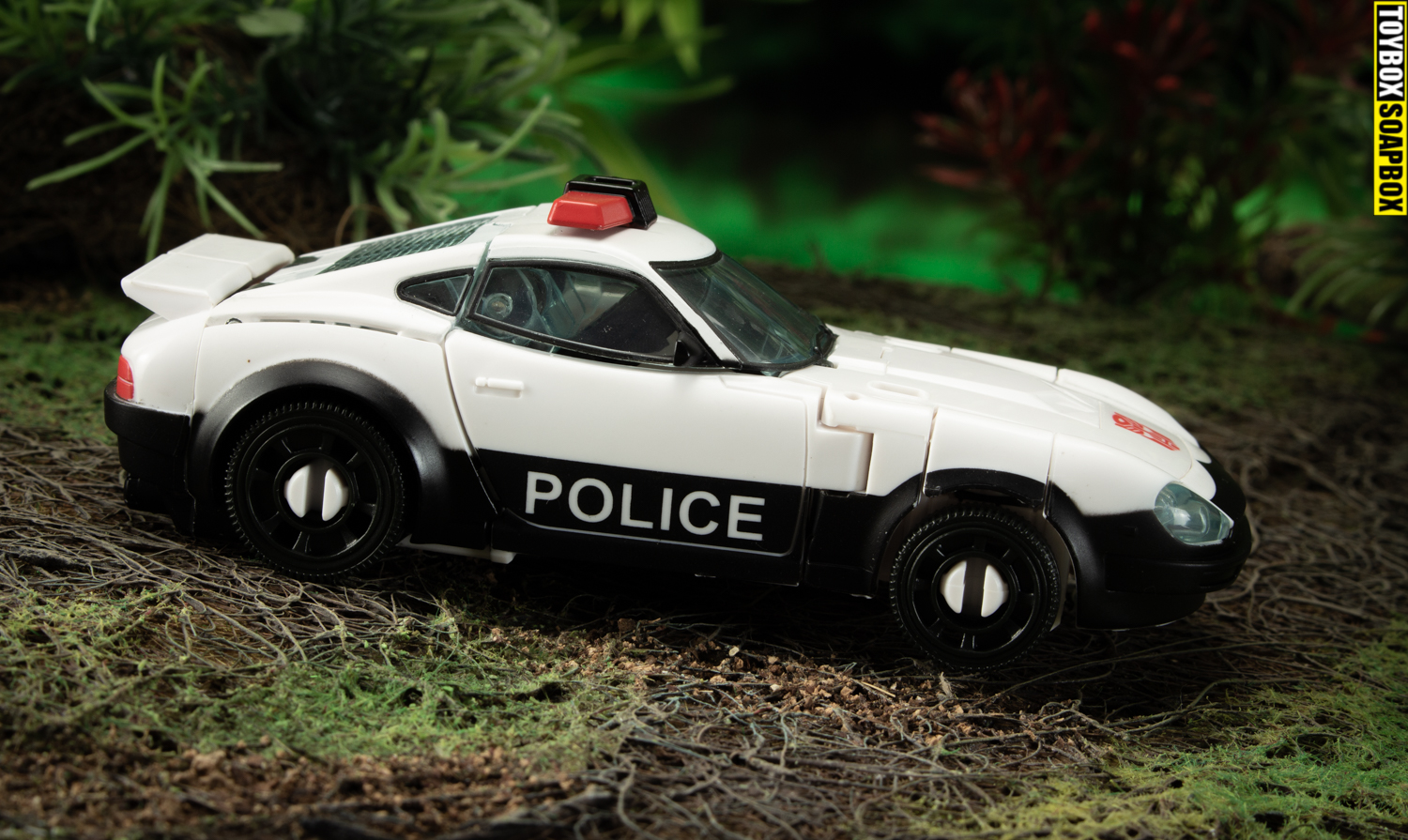 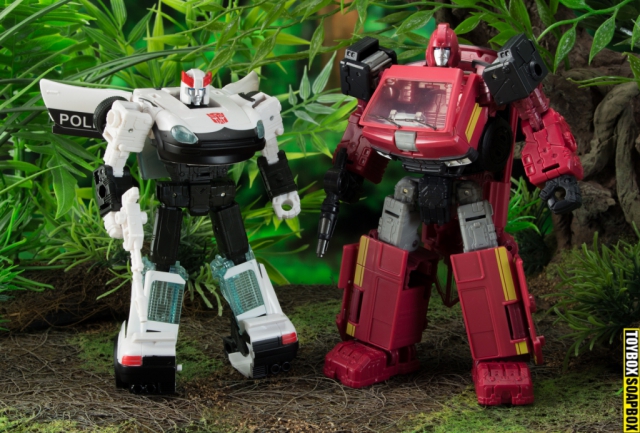 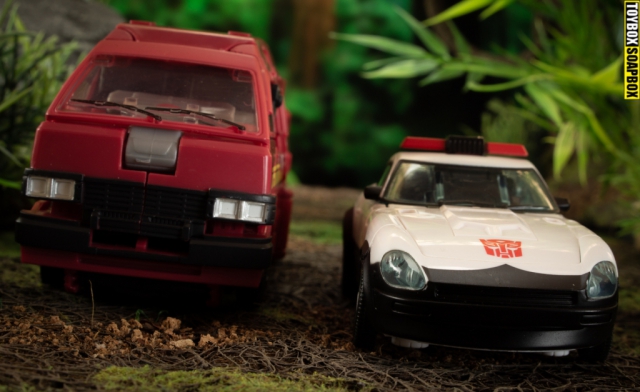 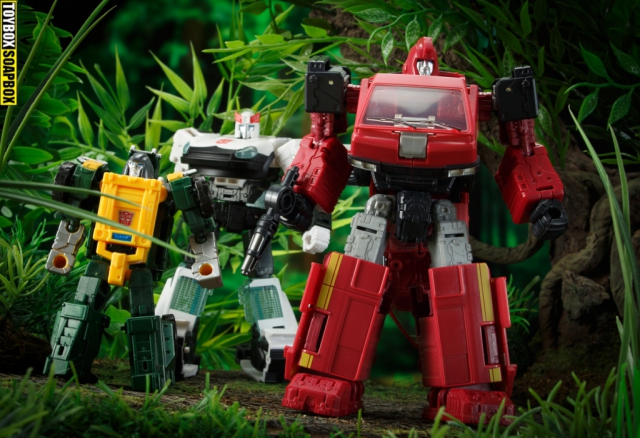 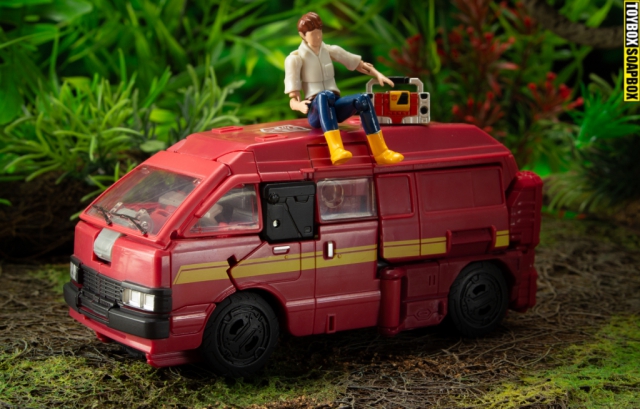 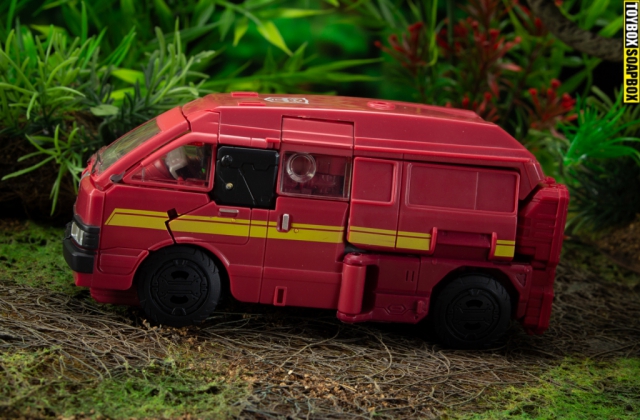 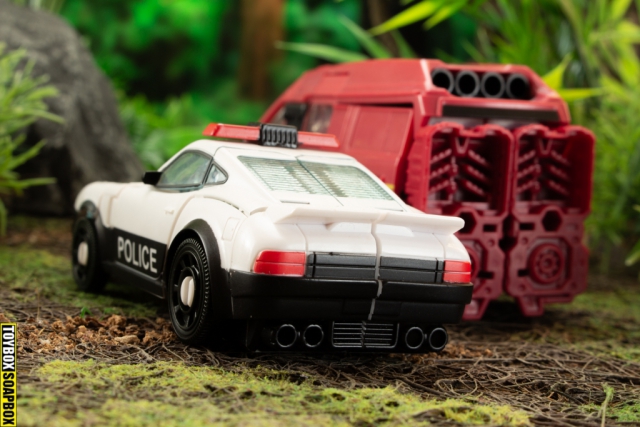 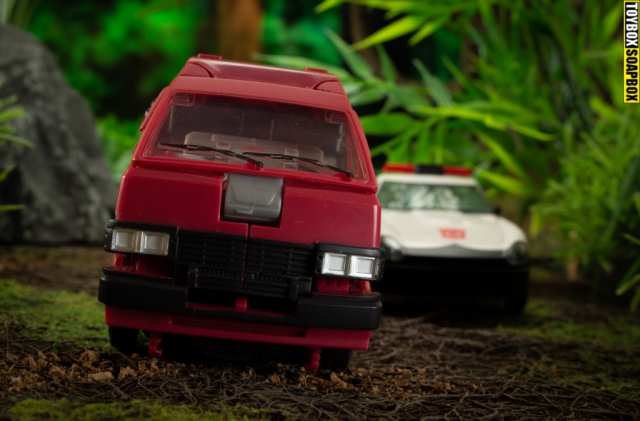 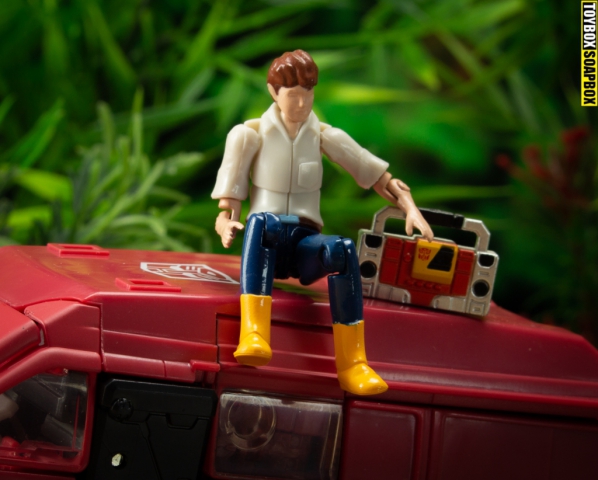 If you are looking to purchase your own Autobot Alliance set then head over to Amazon where you might get lucky. My fingers are crossed for you.